For as long as men have sailed in boats, they have challenged each other to see whose boat is fastest.

Choose your CD format
or order disks individually: Add to Cart Add to wishlist
Play a sample episode from July 04, 1959: 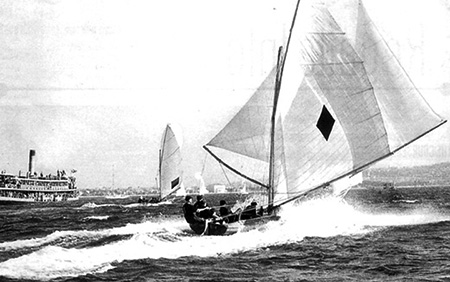 'The' Boat Race is one of the oldest intercollegiate athletic rivalries in the world. The Race takes place between "coxed eights", incredibly narrow, tippy craft each holding eight of the biggest, strongest athletes on campus and a generally small coxswain whose role is to keep the rhythm for the rowers and steer the boat. Although The Boat Race is deceptively simple, the boat with the biggest, strongest rowers should win, there is a behind-the-scenes chess game going on the entire length of the 4.2-mile course between Putney and Mortlake as the coxswains struggle to gain the best boat position in the river to take advantage of hidden currents in the river. There have been sinkings, mutinies, and disputes, but The Boat Race takes place each year, only canceled for Wars and pandemics.

From the time mankind learned to travel over the water on logs he has raced to see which boat and boatman were faster. Often this display of speed and daring was simply for fun or 'bragging rights', although there was a practical application for being the fastest. A fisherman with a fast boat could leave the beach at the same time as his neighbor and be the first on the fishing grounds. More importantly, once the fish were caught, the fastest boat would make it to market to get the highest price for the freshest catch.

Eventually, boats began to be designed to simply go faster while ignoring their marketplace utility. The Coxed Eights of The Boat Race descended from the rowed ferry boats of the Thames River which were hired to carry people across and along the River in London. A yacht is a vessel that is not depended upon to make a living for its owner. The word 'yacht' comes from the Dutch word for the hunt; in early yachting, culture yachtsmen would challenge one another to races in craft which were developed to chase pirates through the narrow, shallow waters of the Netherlands. 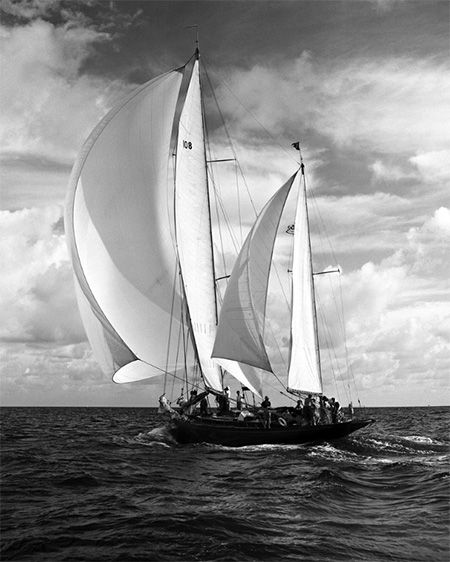