For many of us, an ocean voyage will be the ultimate Escape.

Choose your CD format
or order disks individually: Add to Cart Add to wishlist
Play a sample episode from March 09, 1950:

"The Tiffany Network", the Columbia Broadcasting System or CBS, seemed to have their hit-making formula perfected when they debuted "Radio's Outstanding Theater of Thrills", Suspense, on July 17, 1942. The show had everything it needed, incredibly well-written stories and scripts, more than adequate acting talent (often including important guest talent often acting against type), and one of the best directing and production staffs in the industry. This winning combination made Suspense the delight of sponsors and listeners for two decades; the Golden Age of Radio ended with an episode of Suspense on September 30, 1962. 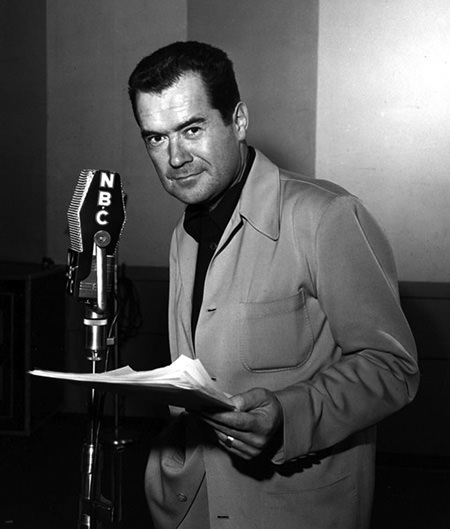 One of the biggest surprises surrounding Suspense is that the same creative team, using essentially the same resources and a similar format, were not able to repeat that success with the sister program Escape, which premiered on July 7, 1947. Both programs were created and produced by Norman MacDonnell and William Spier. Although some Suspense stories were adapted from literature, most scripts were original stories with a high "creepiness" factor. Escape scripts were all adapted from popular and classic literature. Romantic Adventures were a very good fit for audiences which had gone through the bravado of the War and were now settling into the nine-to-five routine of post-War prosperity.

With the sponsor's money available, Suspense was able to attract A-list talent. The network seemed content to sustain Escape rather than pitch it to sponsors and bounced it over various timeslots which worked against it building a following. Fans still managed to dial it in, and the strong scripts were well performed by a whos-who of Radio Row Regulars.

Basing the Escape scripts on literature meant there was a huge amount of story material available. In nearly every story, the protagonist finds himself in a situation where death, usually violent and cruel death, is just moments away, and he must find a way to beat death through bravery, toughness, shrewdness, or even just dumb luck. Naturally, most of us avoid life and death situations in our daily lives, but they certainly catch our attention on the radio.

The actual experience of going to sea is relatively rare, but the desire to do so is common. A seafaring life has always been a surprisingly attainable proposition and young men have dreamed of finding their fortune in foreign ports for as long as there have been ships. The skills of a sailorman are rather specialized, but most sea captains are primarily interested in finding men with a strong back to operate their ships. Whether these land-lubbers have what it takes to learn what needs to be learned and survive the voyage remains to be seen, but those who survive almost always come back with good stories.