Earthquakes occur almost daily, most are too weak to be felt, even locally. "The Big One" will hit someday and we need to be ready.

Choose your CD format
or order disks individually: Add to Cart Add to wishlist
Play a sample episode from October 01, 1945:

An earthquake, tremor, temblor, or quake occurs when the earth's solid surface shakes due to a release of energy from deep within the Earth's lithographic crust. We normally assume that the ground under our feet is composed of solid rock, therefore we expect it to stay solid. However, the solid, rocky crust of the Earth is floating on a dense and unbelievably hot liquid mantle.

The currents within the crust cause the continental plates of the crust floating on it to move, however, the plates do not all move in the same direction or rate of speed. Some plates are made up of heavy oceanic rocks and others of relatively light continental rock. When two different plates collide, the heavier plate generally sinks beneath or is "subducted" by the lighter rock. The lighter continent is uplifted as the oceanic plate dives under it, and the oceanic rock carries water and other things that can become volatile as they are exposed to heat and pressure beneath the surface. 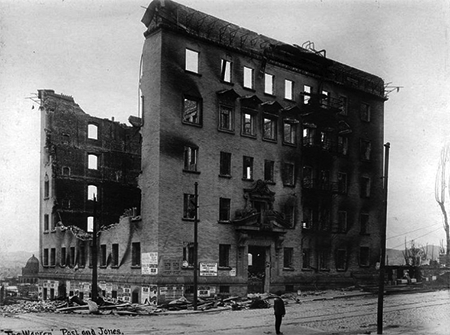 The tensions and energy from plate subduction build slowly over the years, and that enormous energy is rarely released all at once. On a planetary scale, the energy comes out as the squeaks and groans of a twisted rag. However, comparing energy release on a planetary scale to what happens on a human scale is a completely different kettle of fish!

Imagine a heavy rubber band, one of those heavy ones like the grocer wraps around celery stalks. Stretch the band three or four inches and let it go. Even over that short distance, the energy released can give a terrible snap, it might even leave a mark on your skin. Now, instead of a few inches of a rubber band, imagine miles of solid rock being stretched. It may only move a few inches, but that much energy is going to do more than leave a mark on your skin!

One place where an oceanic plate is being subducted by a continental plate is off the coast of California. Residents of Los Angeles and Hollywood are used to the frequent earthquakes in the region but fatalistically look forward to "the Big One". Barely perceptible tremors occur through the region almost daily, major seismic events that can be felt throughout the region and beyond occur every few years and cause millions of dollars in property damage. It is generally agreed that "the Big One" will make these smaller quakes seem like a heavy truck rumbling down the road outside your house, with intensive property damage and loss of life.

A prelude to "The Big One" shook the San Francisco Bay Area on April 18, 1906. Although most modern scientific measuring devices did were not in use at the time, the shaking lasted more than 42 seconds, killed more than 3,000 people, and left nearly 300,000 homeless out of a population of 410,000. The Quake and the ensuing fires were so intense that the San Francisco Public Records were destroyed, including the birth records of comedienne Gracie Allen, who claimed to be born in 1906 (Gracie's husband, George Burns, pointed out that Gracie's birthday was July 26, but the quake and fires occurred in April; Gracie replied that it was a "really big earthquake").