Twists and turns in plot are as many as fast as possible in these 15-minute series about Police HQ.

Bruce Eells Associates produced this 15-minute series that was then an early syndication, via Broadcasters Program Syndicate/Bruce Eells and Associates syndication. As was usual then, music filled the first part of the show, so that the local station announcer could do a commercial or two. So the writer and actors were left with a 12 1/2-minute mystery. 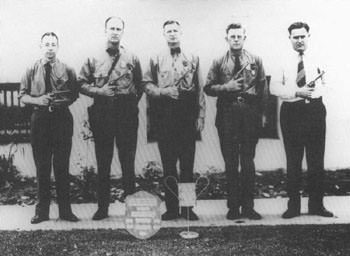 "The IOU Murder" spins the tale of a mansion murder in which the shot is not suicide. "Paid in Full" is a plot twister in which the guilty is known, but can't be pinned with the crime. In the "Stolen Brain" a professor's body has been has "gone missing" and the brain is held for $35,000 ransom. That's a lot of money even today for a mass of "little grey cells." In another, Mrs. North is found bound and gagged by a dead man in her bedroom. A woman is pushed out from a speeding roadster owned by an Italian with an airtight alibi, but the dead dame has twin brothers who swear vengeance on him anyway. An overdose of cocaine kills a recluse who hasn't left his room in 20 years. A crook cashes a check from a Count who may be a no-count. A boxer is permanently KO'd after a big fight, but the cops finger one of three men taking a shower as the killer. Pretty aggressive stuff for 1932!

The shows have very few wrinkles for a 70-year-old (they sound pretty darn good). Twists and turns in plot are as many as the minutes allow. These are fun to hear!

There isn't much information on who did the acting. But radio in 1932 was still in its beginnings as a national pastime. This show is a great example of those still early days of radio, when the concept of syndication was still in its infancy. The networks refused to use pre-recorded disks until after WWII! This organization was recording a show on acetate disks and then sending copies out (carefully, as they could break!) to customer stations across America. It was, for that era, very sophisticated media merchandising! 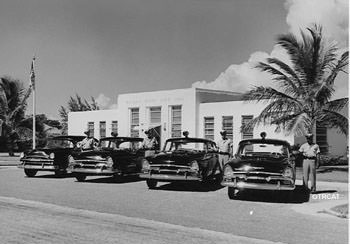 These early shows of the police weren't fact based, but just good old crime drama. However, in the police procedural vein, radio does have quite a few excellent entries.

Mr. District Attorney and This Is Your FBI are two good shows. Dragnet is perhaps the perfect radio police show, and stays as close to the real cases as any "true crime" old time radio show ever did. Tales of the Texas Rangers was the modern western version of Dragnet, and is a solid, well done crime show. Less factual, but still exciting, are I Was a Communist for the FBI, Call the Police and The FBI in Peace and War. For more true law enforcement excitements see Nightwatch , Honor the Law, and In the Name of the Law.