The Great Migration of African-Americans moving from southern rural areas to urban areas in the northeast, upper Midwest, and West began around 1910.  This movement was due to the increased work opportunities, better education for their children, and to escape racism.  By the turn of the century there was a growing black middle and upper class, opening new businesses and property ownership in a neighborhood in New York City known as Harlem.  The area became the epicenter to artists, musicians, intellectuals and more during the period known and the Harlem Renaissance a term coined by Alain Locke.

At the same time that many African-Americans were making cultural and capital gains, they continued to face racism and stereotypes in the media.  There continued to be records made racist lyrics such as "All Coons Look Alike to Me" by Arthur Collins.

Blackface performances were common feature in vaudeville, but it remained isolated to a skit or a song and did not dominate the entirety of the show.  Vaudeville featured a string of entertaining acts including acrobats, animal acts, dancing, songs, magicians, comedy, and other performances.  Many period performers got their start in Vaudeville including Al Jolson, Harry Frankel (Singin' Sam), Marx Bros, WC Field, Jack Benny, Edgar Bergen, Bob Hope, and Judy Garland. 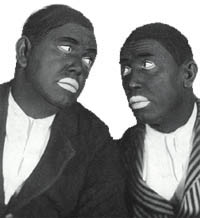 As vaudeville eased its way on to the medium of radio in the 1920s, minstrel skits aired on amateur radio.  The earliest known attempt at blackface on radio is the rare radio show Two Black Crows that ran in the mid 1930s.  The Black Crows featured Charles Mack and George Moran (also John Swor and Bert Swor) who were a renowned blackface vaudeville duo-act.  The show feature black-stage dialect derived and developed from the history of minstrel shows, but no overly racist jokes and overtones.  This show opened the door for the most famous and controversial blackface radio show of all time, Amos n Andy. From 1928 to 1960 Gosden and Correll broadcast their Amos 'n' Andy Show , which was one of the most famous and popular shows on radio in the 1930s. At one point capturing 60% of all radio listenership and being credited for selling 4.4 million radios.  Movie houses would stop their films to air Amos and Andy over the loud speakers. Freeman Gosden met the director and more experienced actor Charles Correll in Durham, North Carolina, in 1920 and began a working relationship at a traveling vaudeville Joe Bren Production Company.   After working on a joke and jingle show, they were open to trying a new form of radio performance: the serial.  With the help of WGN station manager Ben McCanna knew that the radio medium was moving beyond song and patter routines like the comic serial "The Gumps."  Gosden and Correll were uncomfortable with producing "The Gumps" for the radio because they didn't relate to the characters in the strip but they did feel comfortable with black stage dialect from previous experience with the Joe Bren Production Company.  They used the comic strip "Mutt and Jeff" as inspiration and created the hit serial show Sam and Henry.  The show featured two African-American men from rural Alabama, Sam Smith and Henry Johnson, newly arrived in Chicago. The concept was loosely based on what is know historically as "The Great Migration", which was the movement of African-Americans from southern states to Northern states between the years 1919-1940. 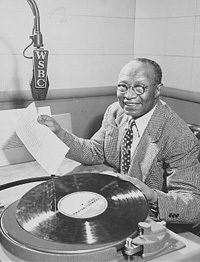 Meanwhile, Jack L. Cooper became the first African-American Disk Jockey (DJ); he made his radio debut in 1922 on KDKA Washington DC as the "One man Minstrel Show."  He worked until 1961 as a DJ, announcer, actor, newscaster, and other radio roles.  He formed the Jack L. Cooper Radio Productions and worked every aspect of radio from producer, director, and writer. 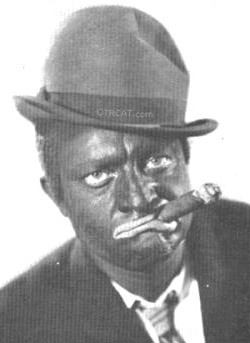 The minstrel show on the radio medium offered a bit of a challenge because it could not rely on visuals.  The voice characterizations needed to be exaggerated to help listeners distinguish between characters.  Gosden and Correll were talented voice actors and had a wide voice range. Looking to expand the broadcasting of "Sam and Henry", Gosden and Correll soon became frustrated with the lack of vision WGN Chicago to look into syndicating the show nationally and creating phonographs with the "Sam and Henry."  WGN Chicago owned the names of the show Sam and Henry.  Gosden and Correll took the concept of the show to another local radio station WMAQ and created Amos and Andy.  The NBC Blue Network began broadcasting Amos and Andy on August 19th, 1929 and it was an instant success.  When NBC purchased WMAQ in late 1931, Gosden and Correll moved their show to "Studio F" in the NBC studios.  In 1938, they again moved the show, this time to Hollywood where they continued production until 1960.  After decades on the air, many listeners cared about and sympathized with Amos, Andy, Kingfish, and the others and developed a listening bond to their wellbeing. 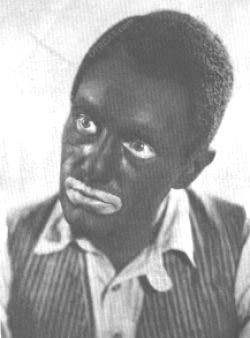 Although the show was wildly popular with among black and white audiences, there was early negative response to the Amos n' Andy show in the December 1930 issue of Abbott's Monthly.  Bishop W.J. Walls of the African Methodist Episcopal Zion Church wrote an article sharply denouncing Amos 'n' Andy, singling out the lower-class characterizations and the "crude, repetitional, and moronic" dialogue. The Pittsburgh Courier was the nation's second largest African American newspaper at the time, and publisher Robert Vann expanded Walls' criticism into a full-fledged crusade during a six-month period in 1931. (Later the Pittsburgh Courier supported the TV version of the show).  Some may argue that there were plenty of "crude, repetitional, and moronic" white characters on the radio such as Lum n Abner, Eb and Zeb, Irma on My Friend Irma, Mel Blanc, and even Gracie on Burns and Allen.  However, there were not many alternative portrayals of African-Americans in film, stage, and on old time radio.

Amos n' Andy creator Freeman Gosden, was raised with an African-American nanny and based many of his 100s of characters on his memory.  Both Freeman Gosden and Charles Correll visited black communities throughout the production of Amos n' Andy and hired African-American actors for female roles on their show.  The Johnson Family is a one-man show put on by Jimmy Scribner from his childhood memories in the south.  These claims of "authenticity" lead to widespread expectations and definitions of "blackness" which were not based entirely on truth.  It also limited roles for African-American performers.  If they did not speak in black stage dialect or behave a certain way they were not considered authentically black.  Intellectuals and small radio stations looked to produce positive images of African Americans.

Be the first to comment on "History of Minstrel Shows: Harlem Renaissance - 5"