The concept of African-American civil rights was not mainstream at the end of the 1940's. Shows like Destination Freedom on WMAQ helped pave the way to a better society.

Choose your CD format
or order disks individually: Add to Cart Add to wishlist
Play a sample episode from September 05, 1948:

The triumph of African-American civil rights can be attributed to many heroes and heroines of the past. Dr. Martin Luther King Jr., Satchel Paige, Roscoe Dungee, Dr. Ralph Bunche, Malcolm X, Frederick Douglas, W.E.B. DuBois, Sojourner Truth, Harriet Tubman, and Lena Horne were all major proponents of this movement, but some never think about Richard Durham. Durham's creation put a foothold on Civil rights and paved the way for equality.

Richard Durham's Destination Freedom premiered on June 27, 1948 on Chicago radio WMAQ. Durham's vision was to reeducate the masses on the image of African American society, since it was tainted with stereotypes that threatened to tear its beautiful culture apart. The danger was so imminent, that many White Supremacy groups protested, such as the White Knights of Columbus. Week after week, Durham would generate all-out attacks on southern bias, the Ku Klux Klan, on the attitudes of rednecks and the mentality of the mob. For two straight years, Durham wrote script after script for Destination Freedom and asked for nothing in return. In 1950, Durham's financial needs exceeded his push for equality, so he opted to accept an offer by Don Ameche to write a vehicle for him. After Durham left, the station quickly changed the shows premise to a white show, in order to rival Paul Revere Speaks, which was a popular show at the time. For about 50 years, the show was long forgotten until some transcripts were found, and the voices of freedom, played by Fred Pinkard, Oscar Brown Jr., Wezlyn Tilden, and Janice Kingslow, were heard once more. 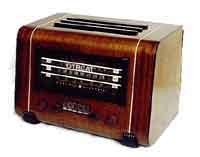