Black-face comedy was a standard of vaudeville and early radio. Although their blatant stereotyping would be considered offensive in racially sensitive times, the characters were genuinely funny if taken at face value. The Two Black Crows was one of the better programs from the minstrel tradition, although it never achieved the popularity of Amos 'n' Andy.

Recordings from early to mid-1930s 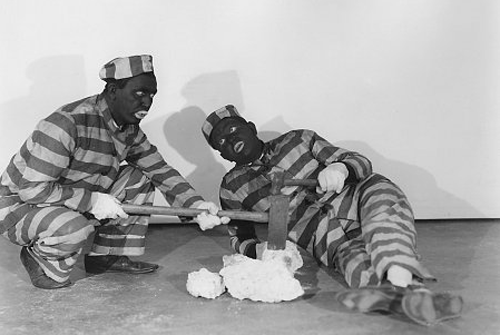 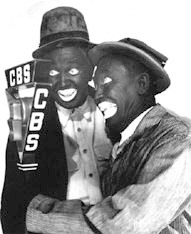 In the vain of Amos n' Andy, Beulah, Johnson Family, Pick and Pat, Sam n' Henry, the Two Black Crows (Mack and Moran) were a renowned blackface vaudeville act. Originally, "The Two Black Crows" was a novel about two African-American men who fought in WWI.

This old time radio show makes no mention of this previous soldier or war topic and refers specifically to racial stereotypes of the time. Radio shows of this type are particularly fascinating in that the performers could not rely on visually racist mannerisms, costumes, or make-up on which minstrel shows were initially dependant. Like other well-known minstrel acts, the Two Black Crows lived in the rural south and the character roles were preformed with a "black-stage" dialect. The duo frequently appeared with W.C. Fields and the Ziegfield Follies.

This collection is part of the larger Minstrel Show Collection.

See also: article on the history of Minstrel Shows and Old Time Radio.