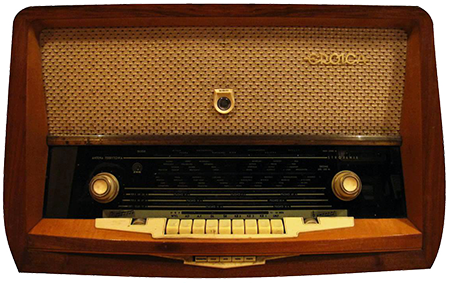 Looking back through history, it is easy to pick out events in a particular year that seem to presage future trends and advancements, and 1949 is no exception. What makes the events of 1949 unique is that so many of them seemed to foreshadow great things to come, only to fizzle on the vine.

The year begins with President Truman announcing his progressive "Fair Deal" package of domestic programs during his January 5 State of the Union address. The speech comes just days before Truman is inaugurated for his second (and only full) term as President. The "Fair Deal" harkens back to Roosevelt's "New Deal" programs which helped to lift the nation from the depths of the Great Depression. As a Mid-West populist, Truman may have seen the Fair Deal as his legacy and a continuation of New Deal liberalism, but the legislative package faced a hard road. While the New Deal had been put forward during a time of economic strife, in 1949 America was poised on the leading edge of the post-WWII economic boom. Truman also faced a number of conservative forces in Congress, but the final nail in the Fair Deal's coffin will come in the middle of the next summer when Communist forces drive south of the 38th parallel in Korea. 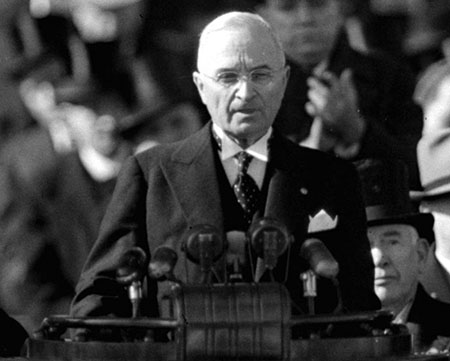 A B-50 Superfortress bomber lands Ft Worth, Texas, on March 2, after becoming the first aircraft to fly non-stop around the globe using in-flight refueling. However, the B-47 Stratojet and the B-52 Stratofortress will enter service and render piston-driven strategic bombers obsolete. Several B-50 airframes will be refitted for aerial tanker duties. Another technology reaching its apex comes when the California Zephyr passenger train enters service between Chicago and Oakland, California. The train features "Vista Dome" coaches and the route is timed to vies some of the most spectacular scenery in the American West, however, as relaxing and efficient as a railroad journey can be, the convenience passenger jet service will steal the Zephyr's ridership.

The North Atlantic Treaty is signed on April 4, establishing the NATO Alliance. The purpose of the organization is to counter Soviet military aggression in Europe. The Soviets lift the blockade of Berlin on May 12, and supplies begin rolling into the city by truck and rail. The Berlin Airlift will continue until September, only ceasing operations after a three-month surplus of supplies is amassed, allowing time to restart the Airlift should the need arise.

The Chinese Civil War grinds on with Communist forces taking Nanjing on April 23. The Nationalist Kuomintang under Chiang Kai-shek remains the legitimate government of China, as recognized by most foreign powers. When the Communists under Mao Tse-tung enter the capital of Peking on October 1, Chiang and the Nationalists are forced to flee across the Formosa Straits to the island of Taiwan. The Communist forces pursue but are defeated at the Battle of Kuningtou, halting their advance on Taiwan and giving the Nationalists some much-needed breathing room. The question of which government has legitimate authority over the Chinese remains complex and largely unanswered for the next several decades. 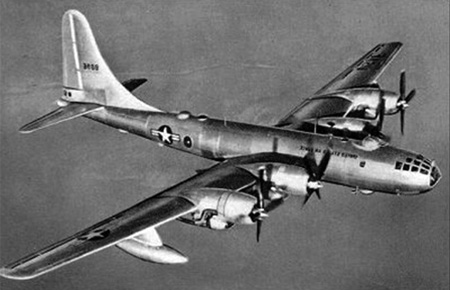 A statelier transfer of power occurs in the tiny country Monaco when Rainier III becomes Prince after the death of his maternal grandfather, Louis II. At the Majestic Theatre on April 7, Rogers and Hammerstein's South Pacific opens and will run for 1,925, the second longest running musical after Oklahoma! Many of the songs will become part of the American standards, and the most of the plot revolves around sailors and nurses half a world away from home, especially Nellie who falls in love with a debonair French planter living in the Islands, but a secondary love interest grows between a dashing Lieutenant and a Tonkinese girl, exploring the nature of love, familial expectations, and color prejudice.

The Federal Bureau of Investigation releases a report in June names several celebrities including Helen Keller, Dorothy Parker, Danny Kaye, Fredric March, John Garfield, Paul Muni and Edward G. Robinson as members or former members of the Communist Party of the USA. The report touches off a movement which will be labeled the Second Rd Scare, the first Scare having occurred during the 1920s, soon after the Russian Revolution when there seemed nefarious influences in the American Labor movements. The Second Scare will be better known for bringing to prominence a junior US Senator from Wisconsin named Joseph McCarthy. The same day that the FBI report is released, George Orwell publishes his dystopian novel 1984, which predicts the growth of unchecked government influence on the lives of individuals, rigidly enforced by the Thought Police. 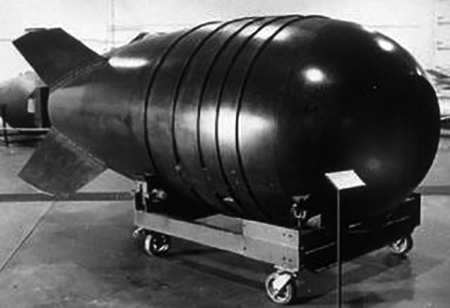 President Truman announces to a shocked world on September 23 that the Soviet Union has test detonated an atomic bomb. The test was discovered largely by accident, a USAF weather reconnaissance flight over the Pacific had expected to find radioactive debris in the atmosphere from US testing, but the high amount discovered could only be accounted for by a Soviet Test. The Soviet device, nicknamed "Joe 1" by Western observers, had been exploded on August 29, much to the surprise of the West. It was known that the Soviets were engaged in an atomic program, but it was believed that they were several years away from being able to test. However, the Soviets were beneficiary to espionage which had taken place within the Manhattan Project, and Joe 1 was very similar in construction and function to Fat Man, the American device exploded over Nagasaki.