Deaf and mute, Hellen Keller's overcome all odds with the help of dedicated tutor Anne Sullivan and inspired the world. 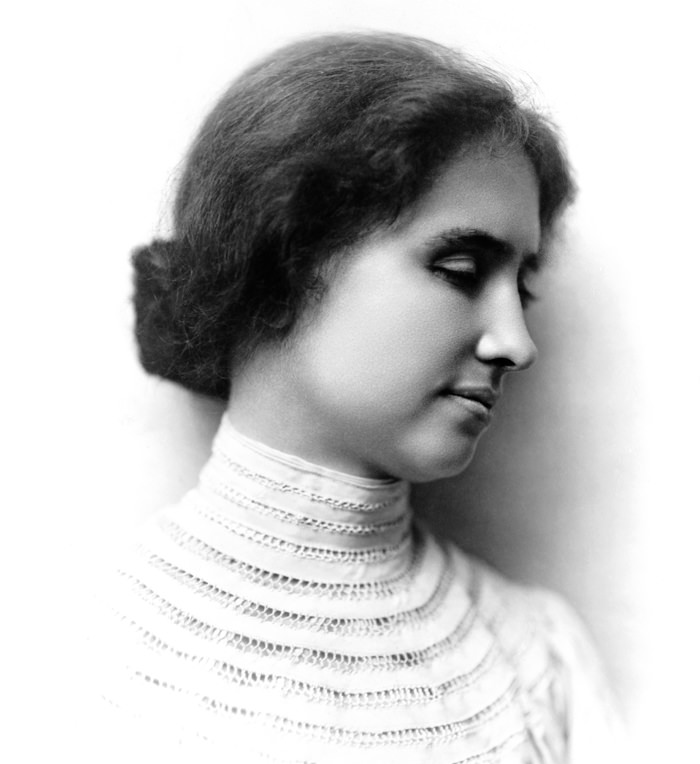 It is impossible to hear the story of Helen Keller and not feel inspired. Born into Alabama gentry, illness robbed Helen of the ability to see and hear at the age of 19 months.

Cut off from the world around her, Helen was denied the ability to communicate with those she loved. When she was six, Helen's parents sought the advice of Alexander Graham Bell, who was working with deaf children at the time. Bell referred the Kellers to the Perkins Institute for the Blind, where a former student, Miss Anne Sullivan, was assigned to work with Helen.

Helen's speech was difficult to understand for those who were not with her on a constant basis. In her radio appearances she is accompanied by Miss Polly Thomson who had been hired as a housekeeper but eventually became Helen's secretary and companion. In 1936, Helen appears on The Fleischmann's Yeast Program with Rudy Vallee just before the mid-point break.