Legally blind from the age of two, Fred Lowery became one of the most successful whistlers in radio.

Choose your CD format
or order disks individually: Add to Cart Add to wishlist
Play a sample episode from February 02, 1939: 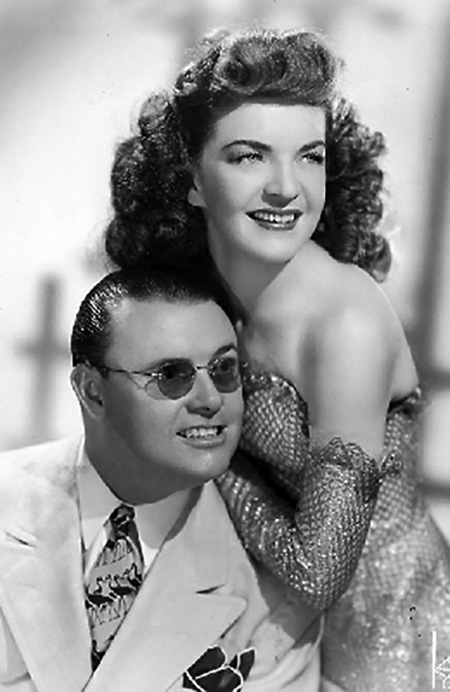 Whistling is one of the ways we can make music using just our bodies. Singing and hand clapping are also ways to make music without some sort of musical instrument. Of course, anyone can clap their hands, and most people learn to sing even before they can even talk, but whistling is a skill that must be learned and developed. Even if one becomes skilled enough to whistle an actual tune, whistling tends to be a rather personal thing.

One whistles to amuse one's self, or perhaps a small group of friends, but rarely is whistling part of a formal musical performance. Singing, on the other hand, can become very sophisticated and practiced, and when it reaches that point it deserves to be appreciated. It is rare for a whistler to reach such a height of artistic mastery, but when it does it is truly something to be marveled.

Professional whistler Fred Lowery, "The King of the Whistlers", came to whistling because there were relatively few other avenues for success open to him. Fred was born in Palestine, Texas, 1909. He was struck by scarlet fever when he was two, which took his sight. Prospects for a blind boy in East Texas were far from promising, and in 1917 he entered the Texas School for the Blind in Austin.

Bird imitator Ernest Nichols came to the school to entertain in 1929, and Fred was delighted to discover that he could perform many of the imitations himself. Encouraged by Nichol's and school piano instructor Peggy Richter, Lowery continued to practice and develop his whistling talents. 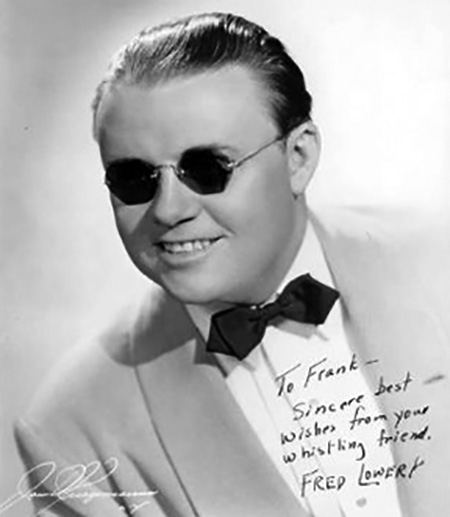 In May of 1929, Richter traveled with Lowery to Chicago where he received acting lessons at the American Institute. At the time, radio was beginning to become desperate for talent to fill the airwaves, and since it was completely aural, Fred's act was perfect. His first steady job was performing on WFAA Dallas's Early Birds program.

Deciding to strike out on his own, Lowery left Texas in 1934 to try his luck in New York City. After spending several jobless months, he was hired to whistle with Vincent Lopez's night club act, and four years later he was lured away to join Horace Heidt's Musical Nights. During this period, Fred got to meet and perform with A-listers like Bing Crosby, Edgar Bergen, Jackie Gleason, Bob Hope, Stan Kenton, Ed Sullivan, and Paul Whiteman.

Lowery's bestselling record was a cover of "Indian Love Call" (1939), which was still enjoying popularity from the Nelson Eddy – Jeanette MacDonald film Rose-Marie (1936). He also had a hit with Dimitri Tiomkin's theme to John Wayne's The High and the Mighty (1954), although he was not called to do any of the whistling in the film. Fred Lowery died at his home in Jacksonville, Texas, on December 11, 1984.