One of the greatest whistlers in the recording industry, Elmo Tanner enjoyed a long association with the Ted Weems Orchestra.

Choose your CD format
or order disks individually: Add to Cart Add to wishlist
Play a sample episode from February 09, 1937: 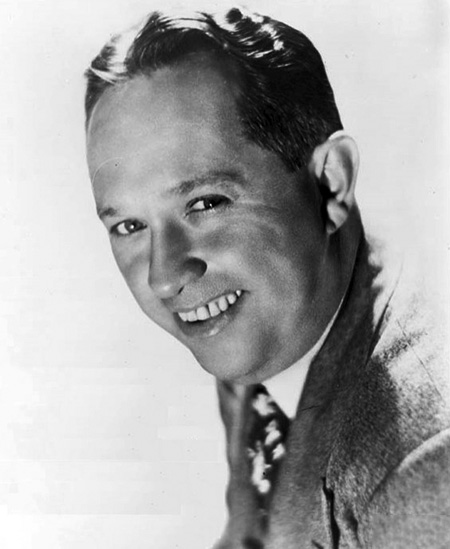 It has always been hard for a whistler to make it as a professional musician. Perhaps it is because although whistling is a common skill to learn, it is a difficult one to learn to do well. In fact, although it is a lot of fun and satisfying to whistle for your own enjoyment, people around you would generally prefer if you did not. In fact, it is not uncommon to find other people's whistling irritating, so it can be difficult to practice enough to get good enough to become a professional whistler.

In fact, one of the few musicians to make a living as a whistler, Elmo Tanner, was arrested and jailed in Albuquerque, New Mexico, for whistling after 10 pm before he made it in the music industry.

Tanner was born in what would later be known as "Music City, USA", Nashville, Tennessee, 1904, but grew up in Detroit, Michigan. As a youngster, he studied violin but poor vision made reading music difficult. He adapted by learning to quickly scan the notes and lyrics on the page and then play, sing, or whistle what he had just read. In 1926, his family returned to the South, this time to Memphis, Tennessee (Elvis Presley's adopted hometown). He attended the University of Tennessee in Knoxville and worked in a series of odd jobs. One of his jobs had him walking home past a cemetery late in the evening, so he began whistling to keep his spirits up.

Like many other Southern boys during the Prohibition era, Elmo became an enthusiastic automobile racer and became a decent mechanic. While repairing a Ford with a burned rod, the car's owner walked into the shop to find Tanner singing and whistling while he went about his work. That car owner was an announcer for WMC-AM in Nashville, and he invited Elmo to appear on the radio. His short broadcast appearance led to a call from Paramount Records in Chicago, and Elmo moved to the Windy City to try and make a start in the music business.

After making a number of recordings and appearing on several radio stations, Tanner met bandleader Ted Weems. Singer Art Jarrett had just left Weems' outfit, and even though singer Perry Como was part of the act there seemed to be a place for Elmo who also played guitar. Weems even got into a bidding war with station KYW-AM Philadelphia for Tanner's services until Weems offered $100/week. While touring, Weems was delighted to discover Elmo's whistling talent which he had not known of previously. Unlike many whistlers, Tanner had enough of a musical ear that his whistling was generally more melodious than irritating. Like Bing Crosby, he was also able to whistle from his throat by controlling the muscles in his larynx.

Although the Ted Weems Orchestra was one of the most well-rounded bands of the era, Weems began focusing more and more of the act around Elmo's whistling, going so far as taking an insurance policy Tanner's throat with Lloyd's of London. The $10,000 policy would cover medical expenses if Tanner was unable to whistle or pay in full if he lost the ability to perform. Quite a step up from a night in jail in Albuquerque! Perry Como even admitted: "The whistler was the whole band." Several recording acts during the Depression era featured whistlers, and fans often confused Tanner for blind whistling great Fred Lowery. Elmo was often asked if he was really blind, to which he replied, "Only on Saturday night!"

The Weems Orchestra with Elmo Tanner played on the Jack Benny Show for 56 weeks beginning in 1932 and spent two and a half years with Fibber McGee and Molly beginning in 1937. During the War, the entire Weems Orchestra, including Tanner, joined the Merchant Marine. After his discharge, Elmo sought a solo career with some success, expanding into bird imitations for Disney films. While in the service, Weems and Tanner allowed many of their recording contracts to lapse, but a late-night disc jockey in Charlotte, North Carolina, randomly selected a copy of a disc they had cut in 1931 titled "Heartaches". The station began getting calls about the song which had been recorded for both Decca and Victor Records. Both companies re-released the record which became a hit, but because their contracts had lapsed, Weems and Tanner missed out on an estimated $250,000 in royalties. The late success of "Heartaches" did bring Elmo back into Weems outfit until 1950, when he left again to open a restaurant in Memphis.

Elmo found little success in the restaurant business and returned to music after a year and a half. He spent most of the mid-Fifties touring with the Elmo Tanner Quartet. Finally tiring of the travel, he broke up the act in Seattle in 1958. He settled in St. Petersburg, Florida, where he sold Datsuns at a local dealership in the early Sixties before working as a disc jockey at WILZ-AM St. Petersburg. Elmo Tanner passed away on December 20, 1990, at the age of 86.