A longtime friend and collaborator with Orson Welles, actor Joseph Cotten took Hollywood by storm on his own terms.

Choose your CD format
or order disks individually: Add to Cart Add to wishlist
Play a sample episode from March 22, 1944: 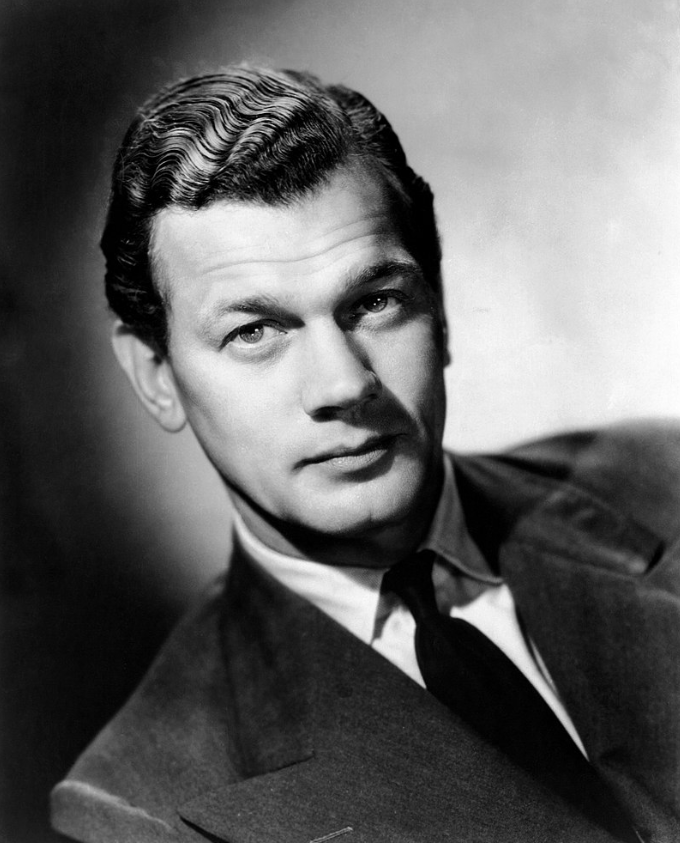 The personality of Orson Welles seemed like a force of nature during the Golden Age of Radio. To those who got in his way, it appeared that Orson Welles' main mission in life was promoting Orson Welles. As cocky and arrogant as he was, no one could deny that even as a teenager he possessed more talent as a dramatist than experienced producers, directors and actors three times his age.

A big part of that boundless talent was the ability to recognize and encourage talent possessed by others. Welles' first radio job was on CBS's The American School of the Air in 1934. He became close friends with fellow cast member Joseph Cotten, whom Welles considered a brilliant comic actor. Although Cotten was a decade older than Welles, he was still working to establish himself as an actor. When Orson began directing for the Federal Theater Project, he gave his friend Jo the starring role in the farce Horse Eats Hat (1936). The role won Cotten the attention of Katherine Hepburn, and he became one of the inaugural members of Welles' Mercury Theatre Company.

Joseph Cheshire Cotten Jr. was born the oldest son of the well-to-do assistant postmaster in Petersburg, Virginia, 1905. Spending the summers with his brothers Whit and Sam at their aunt's house in Virginia Beach, Jo soon demonstrated a considerable talent for storytelling and delighted in performing acts for his family and friends. He enjoyed his family's financial backing when he entered the Hickman School of Expression in Washington DC in 1923. He was able to overcome his thick Tidewater drawl and earned spending money by playing professional football on Sundays (paid $25 for each quarter he played). After graduating, he worked as a lifeguard at Wilcox Lake to pay back his family's loan before moving on to New York.

Cotten worked as an advertising agent and spent some time as a theatrical critic. This exposure to drama whetted his appetite for acting, and he began appearing in amateur productions in Virginia and New York. He traveled with some friends to Miami, and for a time had greater success making and selling "Tip Top Potato Salad" than he did as an actor. He did gain a job as stage manager at the Miami Civic Theater, and he was able to leverage connections made there into an assistant stage manager position back in New York. 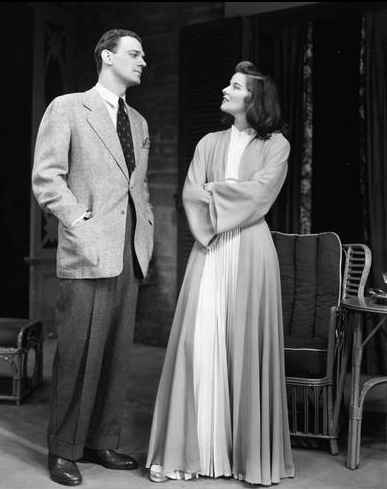 In 1929, Cotten was able to work as a stock player at the Copley Theatre in Boston and appeared in 30 different roles. He made his Broadway debut in 1930, and the next year was married to pianist Lenore La Mont. After meeting on The American School of the Air, Cotten and Welles became frequent collaborators as well as good friends. During a rehearsal at the CBS studios for a show set on a South American rubber plantation, one of the pair was to deliver the line: "Barrels and barrels of pith…" No matter how many times the line was given in rehearsal both Welles and Cotten became nearly paralyzed in fits of adolescent laughter. The director berated them for their lack of maturity and fired them for being too unreliable for radio, but Welles surfeit of ambition came to the rescue, and they soon formed the famous Mercury Theatre troupe which in addition to Welles and Cotten, included producer John Houseman, actors William Alland, Norman Lloyd, Martin Gabel, Paul Stewart, George Coulouris, and Agnes Moorehead. Cotten was tapped to star in productions of Caesar (1937-38), The Shoemaker's Holiday (1938), and Danton's Death (1938). He was also a featured player on The Mercury Theatre of the Air, although he did not appear in the infamous Halloween 1938 broadcast of The War of the Worlds.

In the aftermath of The War of the Worlds, RKO Studios in Hollywood offered Welles an unprecedented contract for an untried film director. He was to be allowed full creative freedom for a two-picture deal, so long as he stayed under budget, and he was also allowed to choose his own story, script, and cast without studio interference. Orson moved out West with as many of the Mercury Players as he could while he began putting together a project. Cotten remained in New York to appear on Broadway with Katherine Hepburn in The Philadelphia Story. The show helped to erase Hepburn's reputation as "box-office poison", but when MGM decide to put the show on the screen, Cotten was left out of the project. His agent, Leland Hayward, complained that he had been "spending a solid year creating the Cary Grant role." By now, however, Orson Welles was ready to begin setting Hollywood on its collective ear, and he had a role for his old friend Joseph Cotten. 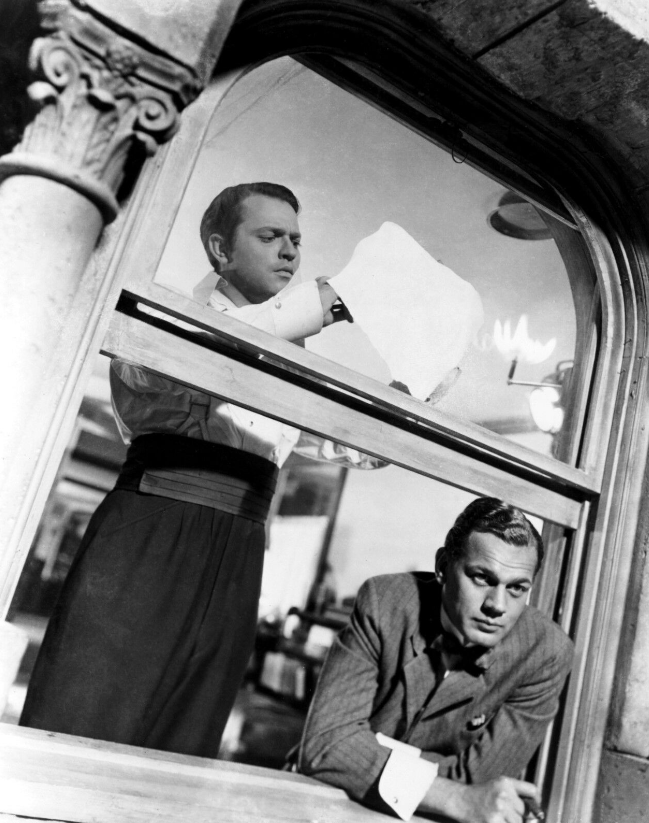 The movie would become arguably one of the greatest pictures of all time, the classic Citizen Kane (1941). Welles created the character of Charles Foster Kane, drawing on episodes from his own disturbed childhood, tycoons like Chicago industrialist Samuel Insull and Howard Hughes (who would later own RKO), and most infamously, newspaper magnate William Randolph Hearst. For his good friend Joseph Cotten, Welles had in mind a much more sympathetic character, Jedediah Leland, one of Kane's oldest and closest friends, with whom he had been kicked out of several of the best schools in the land.

Even though the picture has been considered one of Hollywood's greatest artistic triumphs, Hearst was offended in part by the character based on himself, but mostly for the treatment of the character he thought was based upon his mistress, Marion Davies. The character of Susan Alexander Kane, in fact, had much more in common with the wives and lovers of other tycoons whom Charles Foster Kane was based upon, but Hearst still dedicated the full might of his newspaper empire toward ruining the picture, and in the process nearly ruined RKO Pictures.

Welles choose not to appear in the second picture of his contract, apparently satisfied to direct, produce, and write the screenplay for The Magnificent Ambersons (1942) and gave the starring role to Joseph Cotten. Cotten's performance was lauded by the critics, as was the picture as a whole, but Welles went far over budget. RKO, still reeling from the fiasco of Citizen Kane, sent Welles to Brazil on a cooperative project with the War Information Office to counter Nazi propaganda which was supposedly flooding South America at the time. With Welles unable to interfere, the studio stripped much of Welles' vision from Ambersons during post production. The South American project, It's All True! was never released.

Cotten was part of the Mercury Wonder Show, a tent show revue which gave servicemen free admission and traveled to several bases in Southern California and across the country. In 1943, Jo went to Welles' office to tell him that David O. Selznick wanted him to work in a series of films, but insisted that he have Cotten under contract. Orson immediately tore up Cotten's contract with Mercury, saying, He can do more for you than I can. Good luck!" 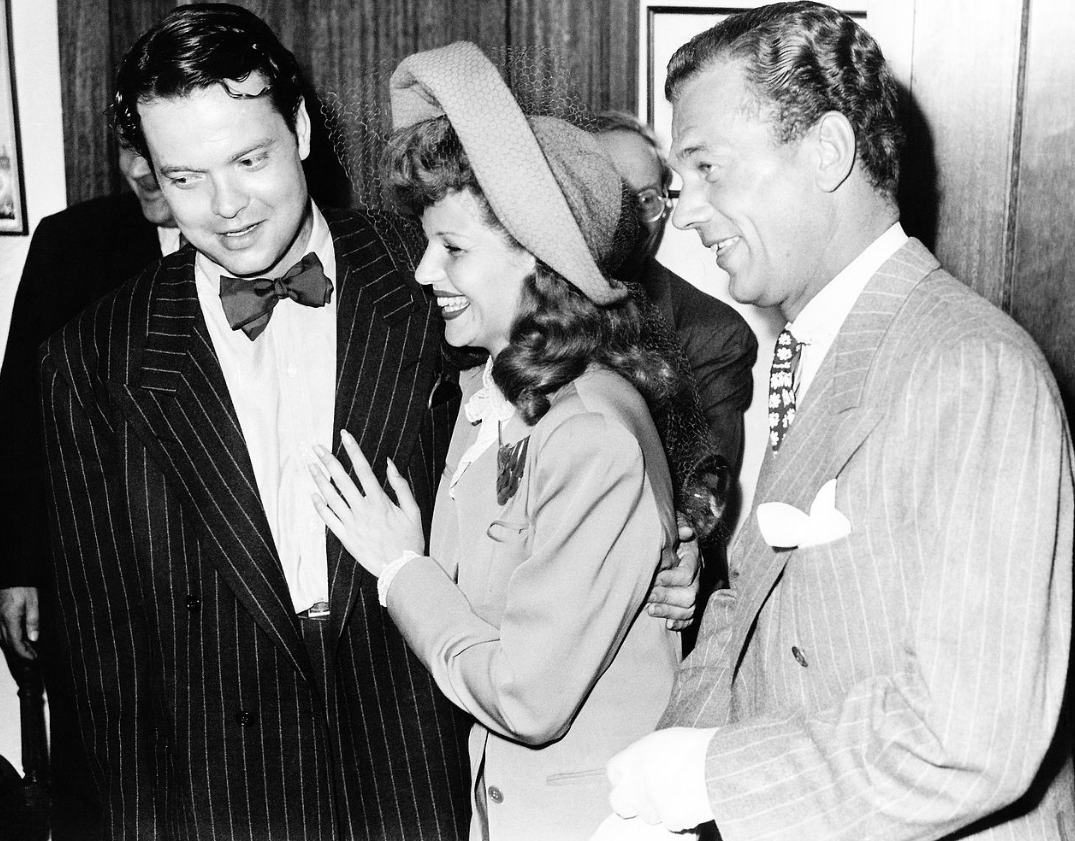 Although he was voted the 15th most popular star by theater owners in 1945, Joseph Cotten's film career ended with the box-office bomb, Heaven's Gate in 1980. The next year he suffered a stroke which hindered his ability to speak. Part of his therapy included weekly telephone conversations with Welles, conversations cherished by both men. Joseph Cotten succumbed to pneumonia on February 6, 1994.

A Star on the Hollywood Walk of Fame at 6382 Hollywood Blvd was placed to honor contributions to Motion Pictures by Joseph Cotten. The Star lies in front of Popeye's Louisiana Kitchen.