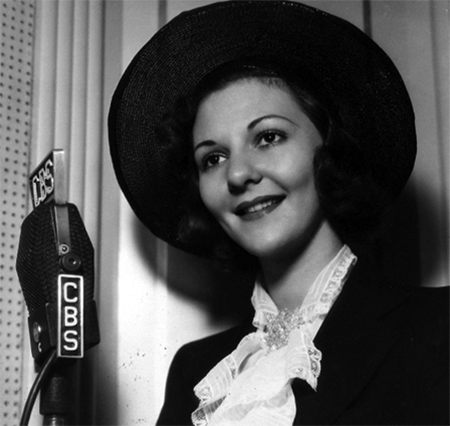 Being a young person is a difficult thing in a world filled with risks. Even if a youngster is gifted with all the possible advantages, a wrong decision can lead to a lifetime of scandal and unhappiness. However, the hopefulness of youth can be strong enough to overcome even these obstacles. In the end, a determination to be happy can be the strongest force in a person's life.

Weatherford, Texas, judge Preston Martin's wife, Juanita, had been warned that a second pregnancy after the birth of their daughter, Geraldine, would be an unnecessary risk. However, Preston and Juanita were determined to have a son, and on December 1, 1913, little Mary Martin was born. Perhaps it was because they were hoping for a son that little Mary became an incorrigible tomboy. Thanks to Preston's success, Mary and "Sister" Geraldine had a sizable ranch with a barn and an orchard to run around on, and Mother Juanita, a violin instructor, instilled a love of music in the girls. School was easy for Mary who was said to have a photographic memory as a child, which made tests and learning songs easy for her.

"Sister", Mary, and a neighbor girl found some bellhop uniforms and began singing from the bandstand near the courthouse and her father's law offices on Saturday evenings. Mary had also joined nearly all of the church choirs in Weatherford. She quickly learned all the popular songs from Ruby Keeler and Bing on the radio and was a popular soloist at public gatherings at the local firehouse. All in all, Mary was a daughter to be proud of as her parents prepared to send her to a finishing school in Nashville. However, while attending high school, Mary began dating and fell madly in love with Ben Hagman. Although she found more opportunities to perform, Mary found the routine at Ward-Belmont College for Young Ladies dull and confining. 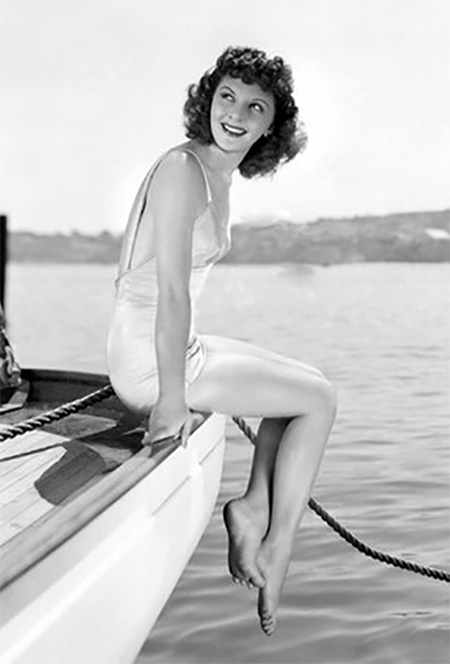 Desperately homesick, while home for a school break Mary begged her mother to allow her to marry Benjamin Hagman, who was studying to become an accountant and attorney, eventually becoming a district attorney. The newlywed Hagman's spent their honeymoon at the Martin house, but Mary soon found herself seventeen-years-old, pregnant and confused about her life. "Sister" came to the rescue by suggesting that Mary open a dance school. She left baby Larry (yes, he will grow up to be that Larry Hagman) with mama Juanita and went to the Franchon and Marco School of Theatre and Dance in California, soon returning to open her own school in nearby Mineral Wells, Texas.

A Mineral Wells hotel loaned her a ballroom studio with the agreement that she would sing in the lobby on Saturday evenings. One day, she walked into the wrong room at the studio where some recording equipment had been set up. Asked what key she wanted to sing "So Red Rose" in, Mary replied that she had no idea what her key was, but sang anyway and was rewarded with a job at the Fox Theater in San Francisco with a follow-on gig at the Paramount in Los Angeles.

While performing in L.A., Mary received word that a religious fanatic who believed that dancing was sinful had burnt the Mary Hagman School of dance to the ground. While in Weatherford to pick up the pieces, her father advised her that she was too young to be happily married. He handled the divorce while Mary again left Larry with her mother and returned to endless auditions in Hollywood. In one of her early record company auditions, she sang "Indian Love Call", after which she was approached by "a tall, craggly man who looked like a mountain" who told Mary that she had something special. The man was Oscar Hammerstein II. (For those readers unused to show business tales, this is called a "Big Break".)

Mary was cast as Dolly Winslow in Cole Porter's Leave It to Me! (1938, The Imperial Theatre. 291 performances), and her rendition of "My Heart Belongs to Daddy" made her an overnight Star. Mary began to conquer radio in 1939 by becoming the featured singer on CBS's Tuesday Night Party. In December, she took over Connie Boswell's spot on Good News of 1940 and continued with the sponsor on Maxwell House Coffee Time. She would step into Ms. Boswell's shoes again in 1942 with Bing on The Kraft Music Hall. While working in New York, Mary began dating Richard Halliday, a drama critic for the New York World-Telegram and The Daily News. Richard became the love of Mary's life and they were married on May 5, 1940. 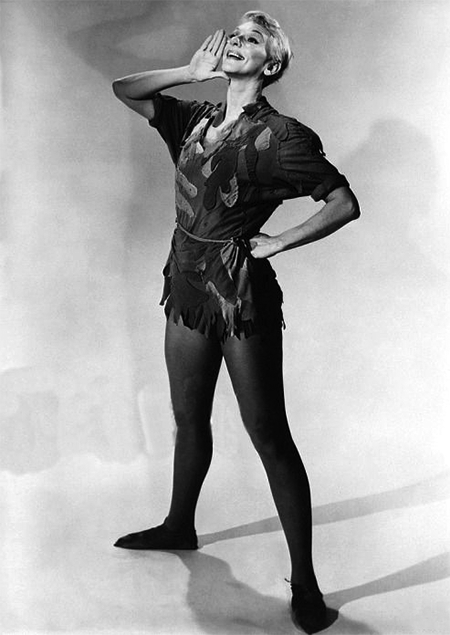 With the publication of James Michener's Tales of the South Pacific (1947), Mary would finally get a chance to work with "the craggly old man" who had predicted big things for her back when she was auditioning in Los Angeles. Oscar Hammerstein and his partner Richard Rogers felt that the book could be adapted to the musical stage to make a pile of money and deliver a powerful message about racism. Casting Mary as all-American Navy nurse Nellie Forbush and Enzio Pinza as French planter Emile de Becque, Rogers and Hammerstein wrote several numbers with the talents of their leads in mind. South Pacific (April 1949, Majestic Theatre, 1,925 performances) became the second most successful musical at the time (after Oklahoma!). Mary left the Broadway production in 1951 to open the London West End production where she was joined on stage by her son, Larry Hagman (who would subsequently join the U.S. Air Force).

Producer for the Los Angeles Civic Light Opera, Edwin Lester bought the rights for an American production of Peter Pan with Mary in mind for the boy who never grows up. Although the show's pre-Broadway West Coast tour was not a success, the limited Broadway run (October 1954, Winter Garden Theatre, 154 performances) won a Tony for Mary, and she said it was her favorite role. She worked with Rogers and Hammerstein again to create Maria in The Sound of Music (November 1959, Lunt-Fontanne Theatre, 1,433 performances).

Although Mary would appear in several films, she was generally not cast in adaptations of her Broadway roles. She claimed to not enjoy making films but seemed to enjoy working on TV. In 1955, she was awarded an Emmy for her appearance in the NBC TV adaptation of Peter Pan.

Mary Martin succumbed to cancer at her in Rancho Mirage, California, on November 3, 1990. She was 75, just four weeks short of her 76th birthday. Two Stars on the Hollywood Walk of fame are dedicated honoring Mary Martin; one at 1560 Vine St for her contributions to the Recording Arts, and another at 6609 Hollywood Blvd for her work in Radio.