Randolph Scott was the prototype for the Western Movie Hero

Choose your CD format
or order disks individually: Add to Cart Add to wishlist
Play a sample episode from January 03, 1943:

Although the genre has largely fallen from favor in recent decades, from the Silent Era through the Golden Age and well into the Modern Era, the Western has been one of Hollywood's most reliable money-makers and a favorite of audiences around the world. With this in mind, the question has to be asked, who was the greatest Western Movie Star? 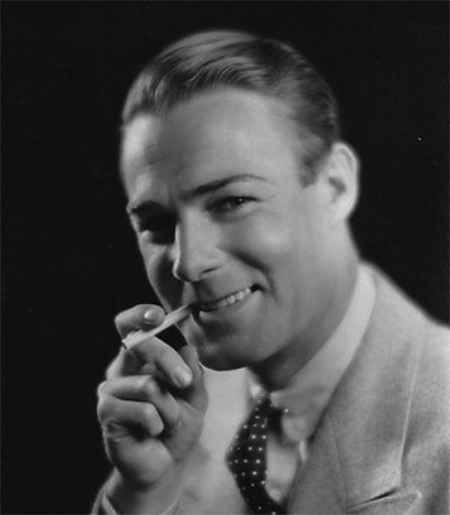 This begs the further question, what does it take to be a Great Western Movie Star? The simplistic answer to that is to have been cast in several successful (read: Money-making) Western Films. By that standard, it would be hard to name a more important figure than "The Duke", John Wayne, although names like Gary Cooper, James Stewart, Henry Fonda, Lee Marvin, and Clint Eastwood come to mind. However, perhaps even more important to the Western genre than the Duke is Randolph Scott.

Born in 1898 and growing up in Charlotte, North Carolina, Randolph Scott grew up in a relatively privileged environment. His mother's family was wealthy and his father held an important position in a textiles firm. "Randy" attended private schools where he excelled in sports, especially football, baseball, horse racing, and swimming. When his country joined the Great War, 19-year-old Scott joined the Army and was sent to France as an artillery observer.

When the War ended, Scott remained in France to attend an Artillery Officer's school and gain a commission. He returned to the States to attend Georgia Tech with the intent of becoming an All-American football player but was sidelined by a back injury. With a football career ended, Scott transferred to the University of North Carolina to study textile engineering and join his father's firm.

As a former athlete and soldier, the textile industry could not have been very exciting, so Scott developed an interest in acting and made his way to California to break into the movies. He carried a letter of introduction from his father to some guy named Howard Hughes. Scott met with the millionaire movie-maker on the golf course and Hughes helped him get a small part in Sharp Shooters (1928, Fox, a silent comedy but not a Western). From there, Scott appeared in a series of uncredited parts, including The Black Watch (1930, Fox, director John Ford's first talkie) which also featured (also uncredited) a young John Wayne.

Cecil B. DeMille hired Scott for uncredited parts in Dynamite (1929, MGM) and Born Reckless (1930, Fox). The great director advised the young actor to try some stage work to improve his acting skills. Scott began performing at the Pasadena Playhouse, which led to a few credited movie roles and, eventually, a seven-year, $400/week contract with Paramount in 1932. 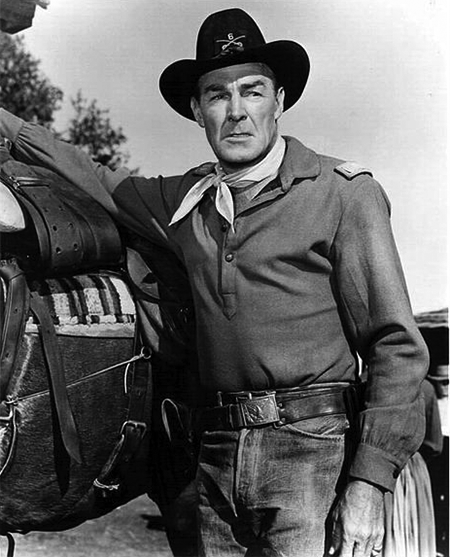 The studio started Scott out in a supporting role in the aviation romance Sky Bride (1932, Joseph Mankiewicz producer/director) before giving him the lead in Heritage of the Desert (1932, Henry Hathaway director), based on a Zane Grey novel. The Paramount B-Unit would go on to make several films based on Zane Grey's work, and Scott appeared in ten of them. For Scott, the Zane Grey pictures were "an excellent training ground for both action and acting", and more Western roles followed.

The tall, good-looking actor seemed to have been being groomed for more general romantic leading man roles. He had moved into a beach house in Malibu with Cary Grant that became known as "Bachelor Hall". Scott was loaned to RKO to support Fred Astaire and Ginger Rogers in Roberta (1935), which resulted in a strong friendship between Scott and Astaire. RKO held on to him for Village Tale (1935) and She (1935, intended to follow the success of King Kong).

Back at Paramount, Scott began getting "A" Film roles. He was Mae West's love interest in Go West, Young Man (1936), and loaned to Fox to star in Rebecca of Sunnybrook Farm (1936, Scott's second of three films with Shirley Temple). When his contract with Paramount ended, Scott signed with 21th Century Fox and starred with Henry Fonda and Tyrone Power in Jesse James (1939). After Pearl Harbor, he tried to attain a commission in the Marine Corps but was denied because of his old back injury.

Now signed with Universal, Scott was cast in one of his few villain roles opposite John Wayne and Marlene Dietrich in The Spoilers (1942). The film featured one of the great fistfights in screen history (the Duke came out on top) and was enough of a success that the starring trio was recast in Pittsburgh (also 1942), this time Scott wins the fight (one of the few times Wayne loses an on-screen brawl).

Realizing that he was getting too old to be taken seriously in romantic leads, after Christmas Eve (1947, United Artists), Scott decided to only appear in Westerns. Still "Tall in the Saddle", Scott's roles were now men "who had seen too much". He would appear with Joel McCrea in Sam Peckinpah's Ride the High Country (1962, MGM) in what would be his farewell performance.

Retiring at the age of 62 to his custom mid-century modern home at 156 Copley Place, Beverly Hills. Scott frequently attended L.A. Angels baseball games with his old friend, Fred Astaire, and was an avid golfer. On March 2, 1987, Randolph Scott succumbed to heart and lung ailments. A Star on the Hollywood Walk of Fame at 6242 Hollywood Blvd is dedicated to honor Randolph Scott's contributions to Motion Pictures. 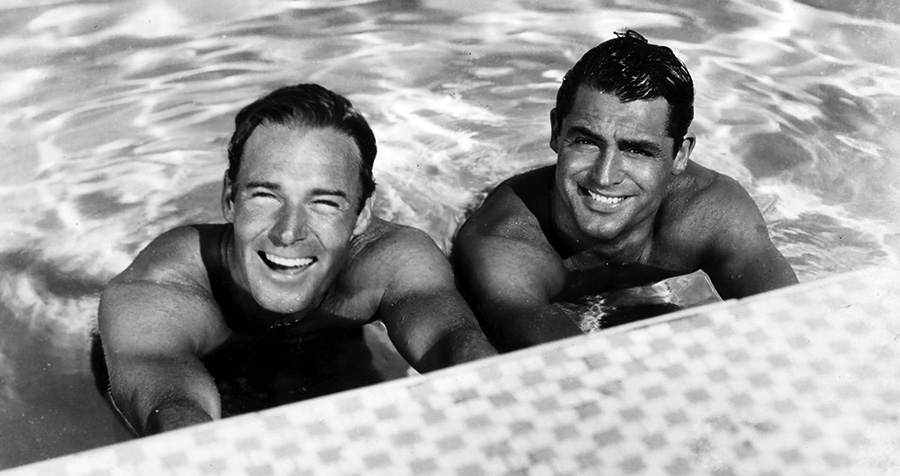