Athletic and graceful, Gene Kelly danced his way into the hearts of Americans everywhere with his handsome looks and toe-tapping moves.

Choose your CD format
or order disks individually: Add to Cart Add to wishlist
Play a sample episode from March 20, 1943: 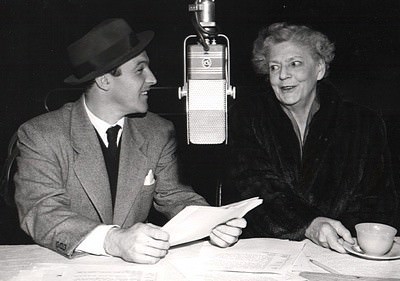 Gene Kelly known for his athletic dancing ability and good looks, didn't start out liking dance. When his mother enrolled him in dancing school with his brother he was more interested in fighting the neighborhood kids. He always dreamed of being a professional baseball player but was destined to be one of the greatest dancers in film history.

As he enrolled in college, he and his brother performed dance routines for extra money. He open a series of family dance studios but was drawn to perform on stage and moved to New York City to follow his dreams to become a performer and choreographer. He was eventually moved to Hollywood to star in the movies.

Gene Kelly performed in a number of movies highlighting his talents. His first motion picture was For Me and My Gal co-starring with Judy Garland. His breakthrough role was in Cover Girl co-starring Rita Hayworth. In Anchors Aweigh, he was given choreographic control and did a dance with Jerry Mouse (Tom and Jerry). He received an Academy Award nomination for the film. 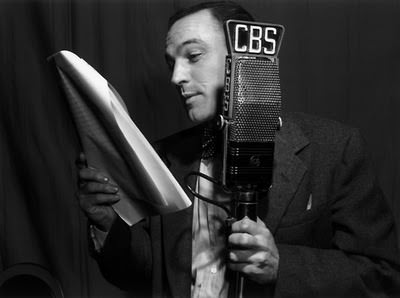 In 1944 (released 1946), Gene Kelly famously paired up with fellow film dancer Fred Astaire in Ziegfeld Follies. After the War, he continued to work both in front of and behind the camera most notably An American in Paris and Singing in the Rain.

Though he was best know for lighthearted musical films, he also performed in Suspense radio mystery show in  "Death Went Along For The Ride", "The Man Who Couldn't Lose", and "Thieves Fall Out."