All dancers use their feet as a means of expression, but for tap dancers, the feet are musical instruments.

Choose your CD format
or order disks individually: Add to Cart Add to wishlist
Play a sample episode from August 17, 1951:

The origins of tap dancing are entrenched in slavery and poverty, but tap dancing is also an expression of the sheer joy of living. One of the methods slave owners used break the spirit of newly arrived African slaves was to take away their musical instruments, so when the masters were not looking, they began dancing in a rhythmic and percussive manner. 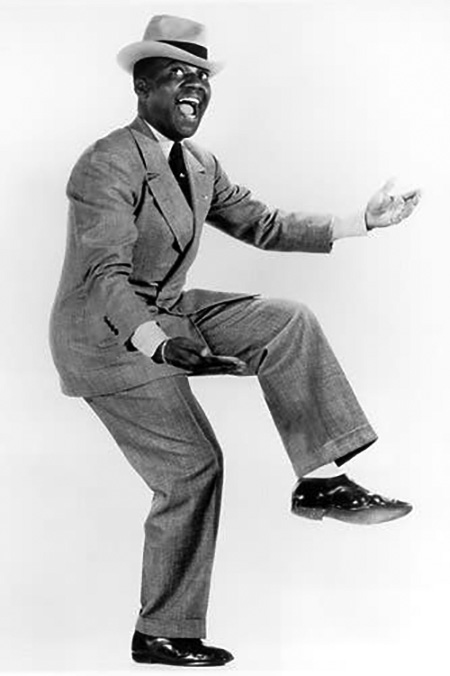 Most slave owners would have avoided the expense of buying shoes for their slaves, but when the North American climate forced the purchase to protect their "investment", the cheapest shoes which could be bought or manufactured locally often ad inflexible wooden soles. These were the same sort of shoes used in traditional English clog dancing.

To extend the useful life of the wooden soles, small metal plates would be nailed to the toes and heels of the shoes. As the nails inevitably loosened, the plates would make a distinctive clicking sound that gave birth to tap shoes. When a dancer could afford leather-soled shoes, the practice of extending their useful life with metal taps continued, but the leather soles allowed for more flexible and athletic dancing.

Tap dancing was first seen by a wider audience in minstrel shows. During this era, in many minstrel troupes, the only actual African American was the tap dancer. As minstrelsy evolved into vaudeville, many white performers adopted tap dancing. Tap Dancing was elevated to an art form as a result of the Jazz explosion of the Great Migration, the Chicago Blues scene, and the Harlem Renaissance.

When Jazz became a feature of the nightclub circuit, tap dancing was a natural complementary art form. The dancers would feed off the improvisations of the band, and the musicians would embrace the frantic rhythms of the dancers' feet. The visual element of a tap dancer going through his steps in front of a hot band could be an even bigger draw than a singer.

When the talkies brought Jazz to the screen, the visual appeal of tap dancing found a natural home. However, rather than the artistic athleticism of black tap dancers, it was the tapping of six-year-old Shirley Temple that helped tap to explode into mainstream culture. The youngster learned to tap from the legendary Bill "Bojangles" Robinson. Bojangles came up through the minstrelsy and vaudeville traditions. He was one of the first minstrel players to eschew blackface and his appearance with Shirley Temple in The Little Colonel (1935, Fox Films, co-starring Lionel Barrymore) was the screens first integrated dance routine.

Bojangles was also credited as an influence by Eleanor Powell, Fred Astaire, Sammy Davis Jr., Gene Kelly, and others. Gene Kelly famously combined his tap dancing with ballet, and Fred Astaire's routines were often shot in a single take.

Unlike other forms of dance, tap works surprisingly well on the radio, thanks to the audio clues provided by the dancer's feet.