Best known for starring with Bing Crosby, Danny Kaye, and Rosemary Clooney in White Christmas, Vera-Ellen dropped out of show business after the picture was made to marry a millionaire. 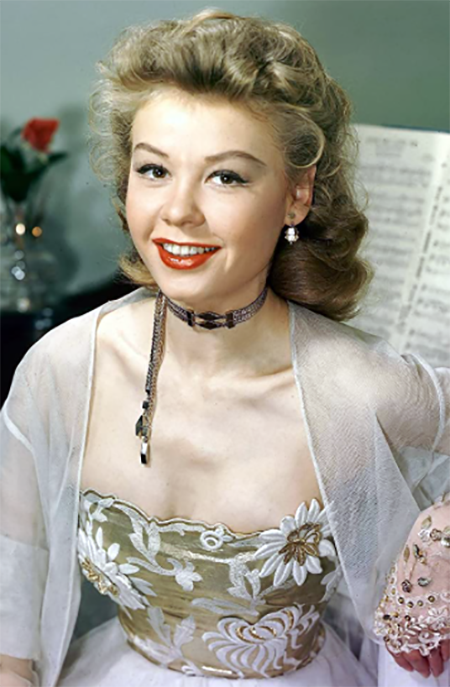 In many homes, there is a December tradition of watching Christmas movies. These films provide a quiet break from the holiday rush and always give a nostalgic glow while gathered around the TV. We would like to recommend that you consider enjoying your holiday movies through OTR; listening to the movies brings back all the wonder and comfort of watching them on the screen, but has the added benefit of allowing your eyes and hands to be free for trimming the tree or stirring the nuts and raisins into your fruitcake.

The one shortcoming of the OTR Christmas movie collection is that Irving Berlin's White Christmas is not included. It is debatable whether the film deserves its reputation as a great Christmas film. It was originally intended to be the third Irving Berlin showcase to bring together Bing Crosby and Fred Astaire. Mr. Astaire saw an early treatment of the screenplay and not only declined the picture, he asked to be released from his Paramount contract. Bing liked the whole idea, after all, he premiered the song on his radio show on Christmas Day 1941 and it went on to not only become one of the most requested songs during the War (AFRS had requests for it during the summer months as well as during the holidays) but the bestselling single of all time. However, Bing was taking time for his sons after his wife died in 1952, so the studio had some time to find him another co-star. The new member of the cast was Danny Kaye, and he was going to need a dancing partner to keep up with him. Vera-Ellen, with whom he had starred in a number of successful musicals, was cast.

Born Vera-Ellen Westmeier Rohe in Norwood, Ohio, 1921, the hyphenated first name was said to have come to her mother in a dream. Her father was a piano tuner. Vera-Ellen was a small and sickly child, but her mother enrolled her in the Hessler Studio of Dancing (Doris Day was also a student at the studio before an automobile accident cut her dancing career short). 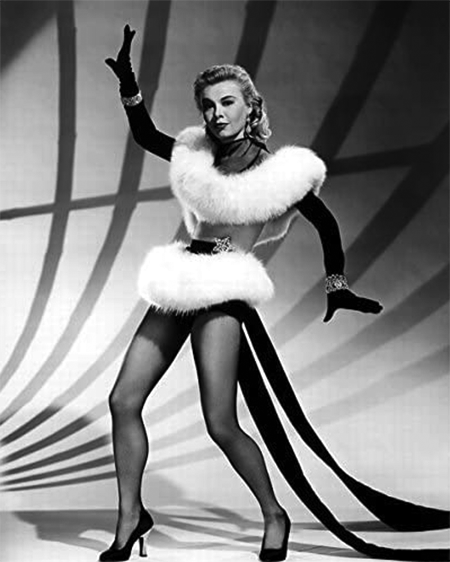 Dancing became a physical and spiritual therapy for Vera-Ellen, and she won Major Bowes Amateur Hour at the age of thirteen and launched her professional career by becoming one of the youngest Rockettes. She made her Broadway debut in 1939 and went on to have roles in Panama Hattie, By Jupiter, and A Connecticut Yankee. Samul Goldwyn saw her in the last one and signed her to appear opposite Danny Kaye in Wonder Man (1945). On screen, she danced with Gene Kelly, Fred Astaire, and Donald O'Connor before making White Christmas in 1954. The same year she married millionaire Victor Rothschild, and largely retired from show business.

To this day, fans speculate why Vera-Ellen dropped out of show business. There is a supposition that she maintained her dancer's figure with an unorthodox approach to nutrition, in fact, she may have been anorexic before the condition was given a clinical definition. One of the effects of the disease is premature aging, but photos with close friends show that Vera-Ellen had aged gracefully. A more telling incident is the fact that her only child, Victoria Ellen Rothschild, died at the age of three months in 1963 from SIDS. The tragedy of Sudden Infant Death Syndrome is not only its defining suddenness but the ensuing investigation to which the family and especially the mother is subjected to. There is still no known cause for SIDS, but in 1963, to a mother who was part of the A-list in Hollywood, the effects must have been particularly devastating.

After leaving show business, Vera-Ellen returned to taking dance lessons. Although she had no intention of dancing professionally again, dance was again a spiritual therapy, and it also helped to mitigate the pain of arthritis which struck her in middle age. Vera-Ellen succumbed to cancer in Los Angeles on August 30, 1981. On February 1, 1994, a Star on the Hollywood Walk of Fame at 7051 Hollywood Blvd was dedicated to honor contributions to Motion Pictures by Vera-Ellen.