Widely considered one of the greatest songwriters in American history, much of his music was used in many films are considered classics.

Choose your CD format
or order disks individually: Add to Cart Add to wishlist
Play a sample episode from August 03, 1938: 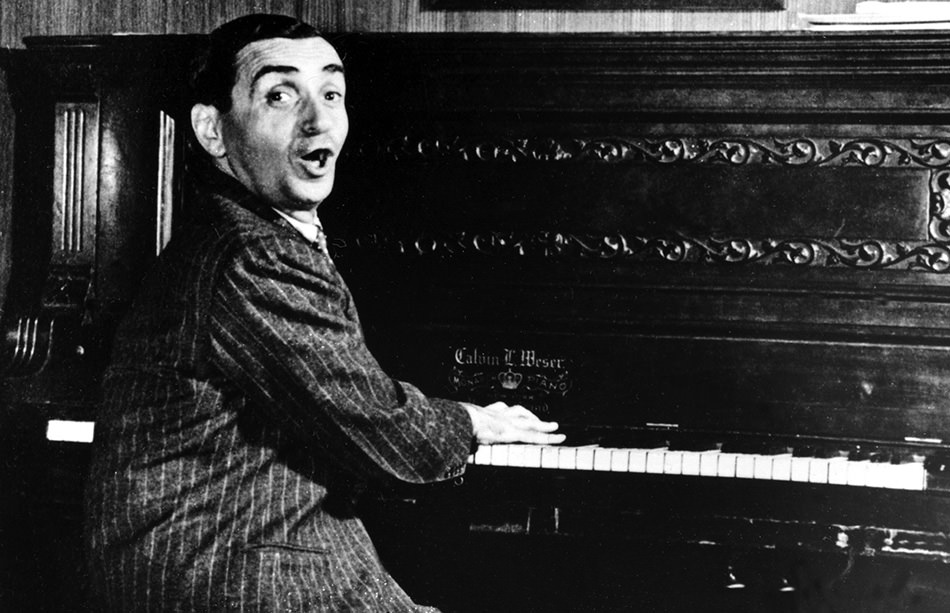 America as the great melting pot is well established, but nowhere is it more obvious than American music. The musical styles most readily identified as American, Blues, Jazz, Swing, Rock & Roll or Country and Western, all have roots in several styles which came with immigrants as a comforting memory of their life in the Old Country. 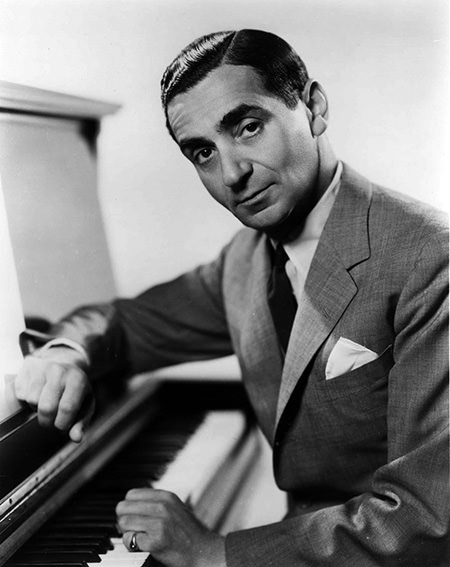 However, perhaps the most American of composers, Irving Berlin, found more inspiration in the music that he heard on the streets of New York than in memories of home. Born in 1888 to Moses and Lena Beilin in Eastern Russia, Israel Isidore was the youngest of eight children. When he was very young, the Cossacks rode into town and burned the synagogue where Moses was cantor. To avoid further persecution, the family made their way to America.

By the time the family arrived in 1893, the streets of New York were filled with immigrants and there was little work for cantors, no matter how talented. Moses was forced to take a job as a shochet, a butcher who slays animals in accordance with kosher regulations. The home which should have been filled with music was too busy to trying to make enough money to survive. Lena took whatever odd jobs she could find, and three of the Beilin girls earned a few pennies rolling cigars.

When Moses died in 1896, little Israel ran away from home to try and make his own way, earning money by singing on the street. He returned home a little wiser, and began working as a newspaper boy in the Bowery to help the family out. While the other paper hawkers tried to out yell each other, little Izzy found he could get more attention by singing. The songs did not sell that many more newspapers, but passersby would toss the lad a few extra coins in appreciation.

They were probably popular songs that came through the doors of taverns and restaurants lining the streets. He told his mother that his life’s ambition was to become a singing waiter in a saloon. In 1906, he was hired as a waiter at Pelham’s, and Izzy became popular for parodying popular songs for the customers. When a pair of waiters published an Italian song they had written, Izzy and pianist Nick Nicholson answered with "Marie of Sunny Italy".

When the song was published, a printing error listed the composer as I. Berlin. Rather than tempt fate, the budding song maker chose to adopt the new name. His real talent was as a lyricist, building on his ability to create parody songs. Sometimes he was able to hear a melody to go with his words and was able to relate the tune to an arranger who would put the notes on paper, but Berlin would go through his entire prolific career without learning to read or write music. 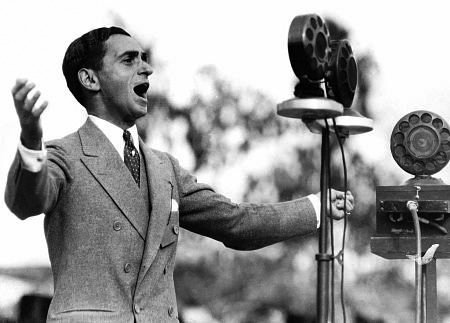 Berlin hit the bigtime in 1911 with "Alexander’s Ragtime Band". Although the piece was a march and not a rag, it helped to reignite the ragtime craze and put Berlin on the map as an important composer. He later wrote: "My ambition is to reach the heart of the average American, not the highbrow nor the lowbrow but that vast intermediate crew which is the real soul of the country. The highbrow is likely to be superficial, overtrained, supersensitive. The lowbrow is warped, subnormal. My public is the real people."

The success of "Alexander" was enough to allow Berlin to marry Dorothy Goetz, but she contracted typhoid during their honeymoon in Cuba and died six months later. He poured his grief into the ballad "When I Lost You", which would be considered a major departure in comparison to the 130 or so songs which he had published to date. Although he made no promotional appearances for the song, the tragedy of the short marriage was well known and his popularity was such that audiences were prepared to be forgiving.

Berlin’s long association with patriotic music began during WWI when he wrote the musical Yip Yip Yaphank for the men of Camp Upton, where he was serving after being drafted. Proceeds from the show went towards the camp’s recreation fund and service center. The show featured the march "Oh, How I Hate To Get Up in the Morning", but another tune written for the program was left out, "God Bless America". At the finale performance of Yip Yip, the 300 soldiers in the cast (including Berlin) are said to have marched off the stage singing "We’re On Our Way to France", down the aisles, out the theater doors and up the gangplank of a waiting troop ship. 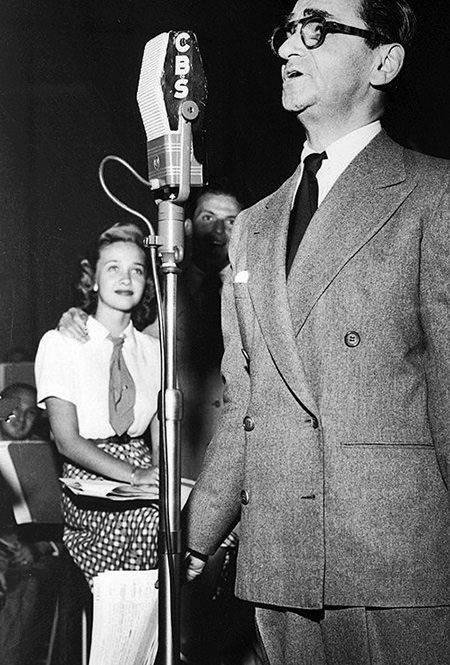 In 1926, Berlin married Ellin Mackay, heiress to the Postal Telegraph Cable Company. The press followed the couple closely, since it was the union of a Catholic Irish-American debutante and an immigrant boy from the lower East side. (Ellin’s father objected to the match from the start, he even sent her off to Europe for a time, but Irving wooed her over the airwaves with tunes like "Remember" and "Always".) The couple eventually eloped and had four children. The tune "Blue Skies" was an expression of Berlin’s happiness on the birth of his first daughter.

After the attack on Pearl Harbor, Berlin began composing a number of patriotic tunes, including "Any Bonds Today" the royalties of which were assigned to the Treasury Department. His most conspicuous contribution to the War Effort was the stage show This is the Army. The show was a hit on Broadway, moved to Washington DC (President Roosevelt attended a performance), and then to military posts around the world, some dangerously close to the front lines. The show featured a cast of 300 actors and Army personnel, and featured songs "Puttin’ On The Ritz", "Oh, How I Hate to Get Up In The Morning", and "God Bless America". The film version of the show starred Ronald Reagan, and Kate Smith’s rendition of "God Bless America" became a virtual alternate National Anthem.

The movies had a long love affair with Irving Berlin. The first talkie, The Jazz Singer (1927) featured Al Jolson belting out "Blue Skies". Holiday Inn (1942), Easter Parade (1948), Annie Get Your Gun (1950), There’s No Business Like Show Business (1954) and White Christmas (1954) are all considered classics. Introduced in the early days of WWII, "White Christmas" would become one of the most recorded songs of all time.

Irving Berlin died in his sleep at his New York home in 1989. He was 101 years old. A Star on the Hollywood Walk  of Fame at 7095 Hollywood Blvd honors his contribution to the Recording Industry.