Choose your CD format
or order disks individually: Add to Cart Add to wishlist
Play a sample episode from February 19, 1936: 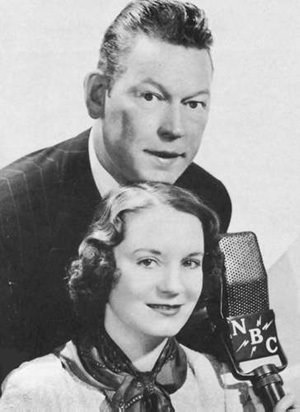 Most Vaudevillians who went into radio took their Vaudeville routines with them. They would often appear in the studio in the funny costumes they had used on stage, even though the radio audience couldn't see them. Fred Allen took a slightly different course. He made it a point to tailor his show to the radio audience at home.

He got his radio start hosting The Linit Bath Club Revue which lasted for a single season in 1932. Allen had trouble getting along with the sponsor, but the show was successful enough to attract imitators. One of the imitators was less successful than they had hoped, and with Allen unemployed, they hired him for what would become The Salad Bowl Revue, sponsored by Hellman's Mayonnaise. The show was intended to run through the summer, salad eating months of 1933, but managed to stay on the air through December (when the sponsor discovered, according to Allen, "there was nothing to put their mayonnaise on but the actors.")

Allen managed to keep the show running in the same time slot with the same cast, crew, orchestra and format, now as the Sal Hepatica Revue. The laxative was the product of Bristol Myers, who also produced Ipana Tooth Paste, the product sponsoring the show following Fred's. The sponsor became convinced that it would be more effective to have a single show plugging both products and filling the entire hour. The show became The Hour of Smiles in 1934. Allen was allowed to tinker with the format, and hit upon a 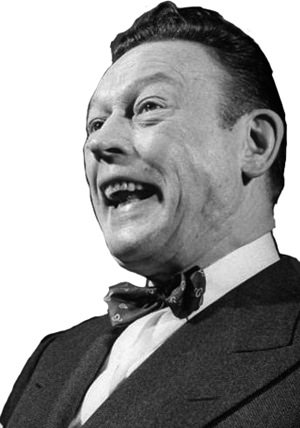 "Town Hall" format. He had great fun spoofing the small towns that he knew from his vaudeville days. He became known for "topical humor", and often expressed it with a cast of unseen local characters, usually based on personal friends from outside show business.

Even more popular were the cast of regulars, Fred's wife Portland Hoffa and The Mighty Allen Art Players, the troupe of players that presented the sketch portion of the show. In addition to the professional players Allen took great delight in featuring amateurs. The acts were always unique, if not talented, and gave Allen a chance to ad lib. (It was an very talented young violin player appearing as an amateur that started the famous Fred Allen- Jack Benny mock feud, when Allen made less than favorable comparisons between the youngster and Benny's violin playing.)

The show became Town Hall Tonight in the 1934 season, and lasted until 1940. In the last season the sponsor insisted on changing the name to The Fred Allen Show and insisted there be more "Big Name" guests. This pushed out Allen's beloved amateurs, and when there came a chance to move to CBS for Texaco Star Theater Allen and company were more than happy to roll up their tent and move on.