His career in show business spanned 50 years as a handsome leading man in both dramas and comedies.

Choose your CD format
or order disks individually: Add to Cart Add to wishlist
Play a sample episode from February 04, 1945: 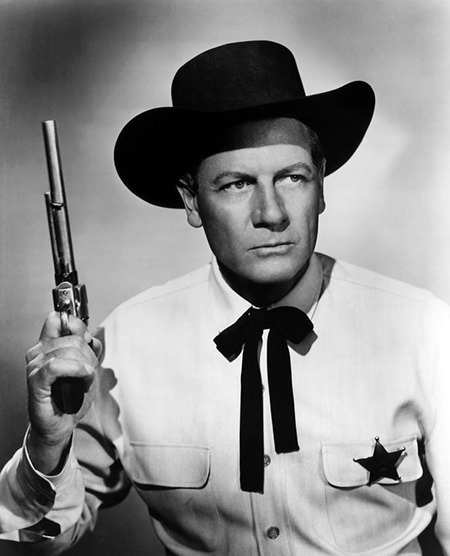 Many Stars and "wannabe" Stars see a Hollywood movie career as a way to shake off their past. Perhaps they came from poverty or just an unhappy existence on a dreary farm. Joel McCrea's career was a way to move beyond the world he grew up in, what is interesting is that  he grew up in the world that most movie "wannabe's" were trying to attain.

Born in South Pasadena, California, 1905, McCrea had what many would consider a typical American boyhood, but it happened with the magic and majesty of Hollywood in the background. His father was an executive with the Los Angeles Gas and Electric Company and his grandfather had been an Indian fighter and drove the stagecoach between San Bernardino and Los Angeles. During the Teens and Twenties, a boy could still ride his horse through the streets of Hollywood without drawing a second glance, and Joel did. He was a Boy Scout who had a newspaper route, he delivered the Los Angeles Times to Cecil B. DeMille and other film industry personalities. He graduated from Hollywood High School where he attended classes with Douglas Fairbanks Jr. and Katherine DeMille.

To pick up some pocket money while attending Pomona College, Joel began to appear as an extra in movies, and occasionally was hired as a stunt man. He made regular appearances at the Pasadena Playhouse, and when he wasn't working as a stunt man he was often called to hold horses for Stars like William S. Hart and Tom Mix. While working as an extra at the future RKO studios on The Jazz Age (1929), McCrea was pulled out of the crowd and given a speaking part. The film, which starred Douglas Fairbanks, Jr., was released in both silent and part-talkie formats so that it could be shown as sound equipped theaters and silent movie houses. 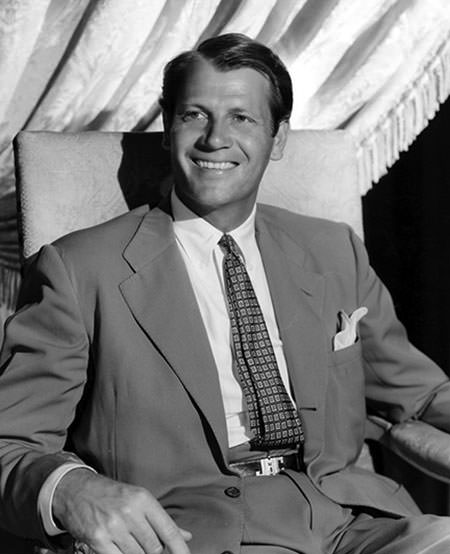 McCrea signed with MGM and later returned to RKO for an even more lucrative contract. He became friends with Will Rogers because of their common interest in ranching and horse, and Rogers' influence had a strong impact in his early career. He was soon playing romantic leads in films like The Silver Horde (1930, a story about salmon fishing in Alaska) and Bird of Paradise (1932) with Delores del Rio (the exotic South Seas fantasy gained notoriety for scenes of del Rio swimming naked). He kept the jungle-theme going in The Most Dangerous Game (1932) with Faye Wray, which was shot on the same sets as King Kong (1933).

On the set of The Silver Cord (1933), Joel met actress Frances Dee, and they were married after a "whirlwind courtship". Although they maintained a comfortable Hollywood lifestyle, the attractive couple was also very practical when it came to money. They began investing in property and ranches surrounding Los Angeles, and McCrea would later be described as "a frugal millionaire". McCrea was acting on the advice of his friend Will Rogers who told him to "Save half of what you make, and just live on the other half". He later donated land to what would become the Thousand Oaks, California YMCA, and sold 1,200 acres to an oil company with the understanding that they would not drill within sight of his home. McCrea notably listed his occupation as "rancher" and "acting" as a hobby, the greater portion of his fortune came from real estate dealings. 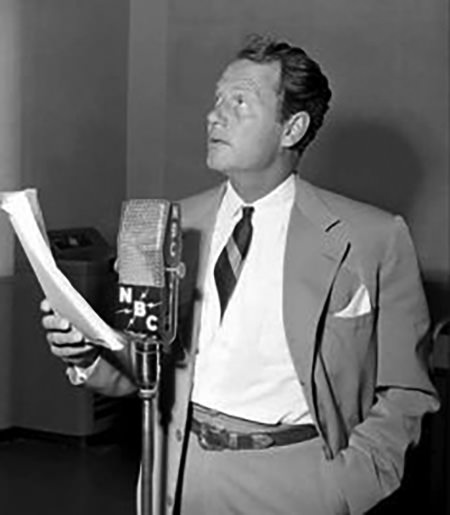 He began to put more emphasis on making Westerns by making the large-scale Welles Fargo (1937), costarring his wife, Frances Dee, and Cecil B. DeMilles' Union Pacific (1939). From a critical standpoint, McCrea's career peaked during the Forties with films like Hitchcock's Foreign Correspondent (1940) and Sullivan's Travel's (1941), which featured the difference in height between 6'2 1/2" McCrea and the diminutive Veronica Lake as a running sight gag; in less-than-full-body-shots, Lake had to stand on a crate so that both of their faces would fit on screen,

With the financial independence gained through his real estate dealings, McCrea could afford to be selective of the parts he played. Although generally supportive of the War effort, out of respect he never played any sort of serviceman, stating "If I'm too old to be called, I was too old for that kind of show". After 1946, his roles were almost exclusively in Westerns, mostly because he felt it was beneath his dignity to play an older man in a romantic lead, but also: "I always felt so much more comfortable in the Western. The minute I got a horse and a hat and a pair of boots on, I felt easier. I didn't feel like I was an actor anymore. I felt like I was the guy out there doing it." 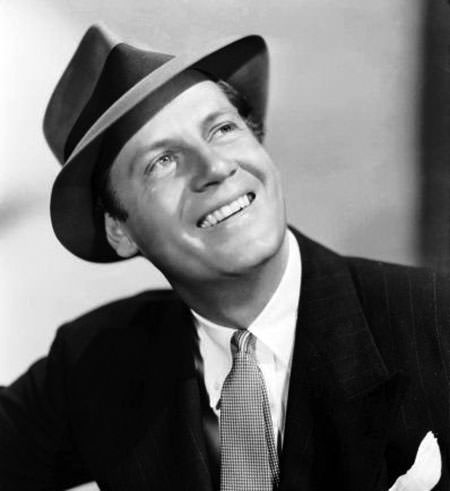 Beginning in the summer of 1950, McCrea began playing Ranger Jayce Pearson in NBC Radio's Tales of the Texas Rangers, (an audition program was recorded in April 1950, but McCrea was not heard). The show owed a lot to the popularity of Jack Webb's Dragnet, which began broadcast the previous summer. Both shows leaned heavily upon the day-to-day work of police investigation and celebrated the work of police laboratories for making sense of evidence collected in the field. The big difference between the series was that Dragnet took place on the gritty streets of Los Angeles while Tales of the Texas Rangers happened under the wide-open skies of the Lone Star State. 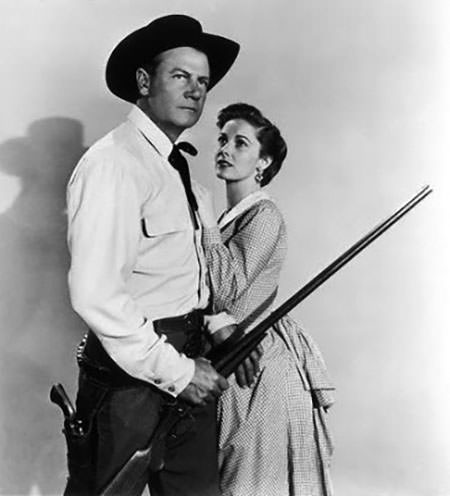 In 1959, McCrea starred with fellow Western hero Randolph Scott in Sam Peckinpah's Ride the High Country. The film lost money at its release, but was popular in foreign markets and has since been selected for preservation by the Library of Congress. It was the film that established Peckinpah's reputation as a Western director to follow in the footsteps of John Ford. McCrea said of the film, "Both Randy and I were washed-up actors playing washed-up lawmen."

McCrea's last public appearance was at a fundraiser for California Gubernatorial candidate Pete Wilson in 1990. He passed away on October 20, 1990, from pneumonia at the Motion Picture and Television Country House and Hospital in Woodland Hills. He was 84.

Two Stars on the Hollywood Walk of Fame are dedicated to honor Joel McCrea, one at 6807 Hollywood Blvd, between Highland and Orange, for contributions to Motion Pictures, and the other between Argyle and Vine St at 6249 Hollywood for Radio.