One of Hollywood's notorious Bad Boys, Lee Marvin turned down having a Star on the Hollywood Walk of Fame.

The Hollywood Studio Machine was supposed to be just that; a machine. A simple mechanism where the highly (but not too highly) paid actors did what they were told, movies went out to neighborhood theaters around the country, the public came to see the movies in droves, and oodles upon oodles of money funneled its way back to Hollywood. It should have been such a simple machine that the boss of a big studio could come into his plush office every morning, thrown a big switch, and the whole thing would have ground away on its own, without the need of supervision. 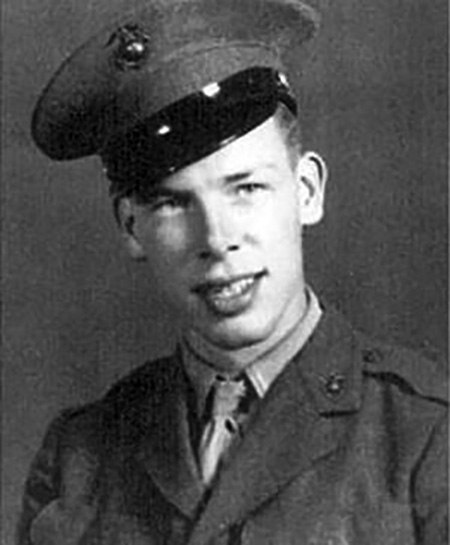 Of course, it was not quite that simple. One of the things which kept the machine from ticking away like a pocket watch was the Bad Boys. The Bad Boys came in various degrees of badness, not to mention authenticity. Some Bad Boys took down everyone around them while others were merely self-destructive, some actively cultivated their Bad Boy image while for others it was simply who they were. Their most notable characteristic was their ability to at least appear as though they did not give a sh** about anything, most of all the Hollywood Movie Machine.

One of the most genuine Bad Boys, in attitude if not actual destructiveness was Lee Marvin. That Marvin was a natural talent is beyond dispute. Prematurely white-haired, Marvin could be as menacing as the Devil himself and hauntingly Puckish at the same time. He could dominate any scene he appeared in while supporting and enhancing the performance of his castmates. In this, he is favorably compared to John Wayne; Lee and the Duke were actually good pals off and on the set. The big difference was that the Duke's image had been carefully cultivated from the time he lost his football scholarship to USC and went into the movie business while Lee Marvin's was just Lee being Lee.

Born to an advertising executive and a fashion and beauty writer in New York City, 1924, Marvin was a hell-raiser from the time he learned to walk. After being expelled from several schools in New York for bad behavior, his folks shipped him to a Catholic Boarding in Florida. The nuns were able to beat some education into the young rebel, but the biggest factor for Lee may have been the chance to escape to the Everglades on the weekends to hunt deer, puma, wild turkey, and bobwhite quail.

A natural rifleman, Lee turned eighteen in the months after Pearl Harbor and quit school to join the Marines. Too anti-authority to advance very far in rank, Marvin nonetheless had the makings of a hero. He participated in the invasion of 21 islands before being wounded at the Battle of Saipan. Working as a sniper for "I" Co, 3rd Battalion, 24th Marines, 4th Marine Division, PFC Marvin was working separately from the rest of his unit when he caught an enemy machine gun bullet in his buttocks, severing his sciatic nerve. He spent the next thirteen months in Naval Hospitals recovering from his wounds before receiving a Medical Discharge. PFC Marvin was awarded the Purple Heart Medal, the Presidential Unit Citation, the American Campaign Medal, the Asiatic-Pacific Campaign Medal, and the World War II Victory Medal, Combat Action Ribbon. He later stated that he learned to act in the Corps due to the need to act fearless before going into combat. 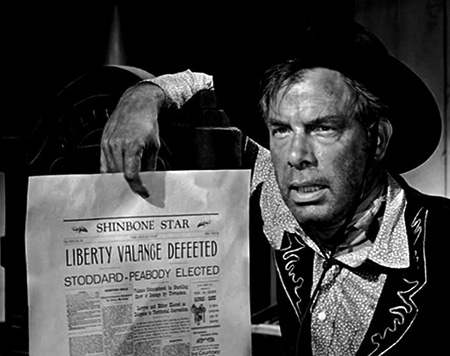 After the War, a still recovering Marvin took a job as a handyman at a community theater in upstate New York, He was repairing a toilet while the company rehearsed, and was called away to stand in for an actor who was unable to make it to rehearsal. The experience was life-changing, inspiring him to move to Greenwich Village and use his GI Bill to study with the American Theatre Company. He worked on and off-Broadway and appeared in a few TV shows before appearing in his first film, You're In the Navy Now (1951), and moving to Hollywood.

Marvin found steady work in the film industry, usually as a heavy in Westerns of various quality. He also appeared as the heavy in two different episodes of TV's Dragnet. Lee began to accrue Star status playing the villains in a pair of 1953 films, as Gloria Grahame's gangster boyfriend in The Big Heat, and as a rival motorcycle gang leader opposite Marlon Brando in The Wild One. The later was a Brando vehicle, but his sympathetic anti-hero could not have developed without Lee's menacing performance. In addition to a number of Westerns and action roles, Marvin finished the decade as the steely Chicago cop Lt Frank Ballinger in NBC-TV's M-Squad, described as "a hyped-up, violent Dragnet ... with a hard-as-nails Marvin".

The Star power gained on M-Squad helped Marvin gain a small role in The Comancheros (1961) with John Wayne. The Duke (who directed a good deal of the film due to Michael Curtiz's illness) evidently took a liking to Lee, and he was given important supporting roles in The Man Who Shoot Liberty Valance (1962) and Donovan's Reef (1963), both directed by John Ford. In the earlier film, Lee played Valance so threatening with such menace that his shooting did not need to be foretold in the title, in the next one he is a lovable dipsomaniac whom the audience nearly begins to root for.

Marvin's Stardom was solidified when he won several awards, including the Best Actor Oscar for his dual role in Cat Ballou (1965) opposite Jane Fonda. He is one of only four actors to have been nominated by the Academy for a dual role (Nicholas Cage for Adaptation (2002), Peter Sellers for Dr. Stranglove (1964), and Jose Ferrer for Moulin Rouge (1952) the others). One of his most successful roles was as hard as nails Major Reisman in The Dirty Dozen (1967). Despite the film's success, Marvin claimed to have hated the film, complaining to director Robert Aldrich over some implausible scenes and generally objecting to the glorification of War. He did, however, reprise his role for the made-for-television The Dirty Dozen: The Next Mission (1985).

Lee's career took a hit when he appeared in the unlikely musical Paint Your Wagon (1969) with fellow tough-guy Clint Eastwood. Marvin's career began to decline, although his recording of "Wand'rin' Star" from the film became a hit, earning a Gold Record. The decline can be traced to Marvin's ambivalence toward the film business, feeling he had made plenty of money and felt he should be able to enjoy the fruits of his labor. His last big role was as The Sergeant in The Big Red One (1980), and his last screen appearance was in Chuck Norris's The Delta Force (1986).

Lee Marvin was hospitalized for respiratory distress in December 1986. He succumbed to a heart attack on August 29, 1987, and was buried at Arlington National Cemetery with full military honors. His remains rest in Section 7A, Site 176, not far from the Tomb of the Unknowns. Boxer Joe Louis lies at Section 7A, Site 177.