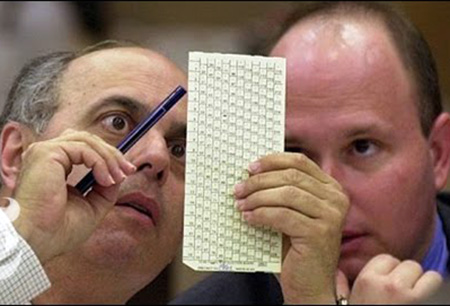 In this Election Cycle, we saw two political dynasties, Vice President Al Gore, son of Tennessee Senator Albert Gore, whom he himself was being considered for the vice presidency at the 1956 Democratic National Convention against such political figures as Senator John F. Kennedy of Massachusetts, Senator Hubert H. Humphrey of Minnesota (both of whom would run against each other for the Democratic Nomination in 1960), and fellow Tennessee Senator Estes Kefauver to run with Governor Adlai Stevenson of Illinois.  Kefauver would be the Nominee.  And you had Governor George W. Bush of Texas, the eldest son of the 41st President of the United States, George Herbert Walker Bush.

Throughout the campaign, Vice President Gore, knowing that the Clinton Impeachment was still fresh on voters’ minds distanced himself against the popular impeached president.  He went so far as to name Senator Joseph Lieberman of Connecticut  as his running mate.  Governor Bush ran as a uniter and not a divider touting his "Compassionate Conservative" beliefs.  He would eventually name the head of his Vice presidential vetting team, Former Secretary of Defense Richard Cheney of Wyoming to be his running mate.

This is the story of that campaign, of the people in the campaign, the events leading up to Election Night 2000, the chaos in Florida where the Vice President had initially won the state only to have it taken back and Governor Bush won, only to have it sent back to the too close to call column.  This would spark 36 days of counting and recounting ballots, law suits in the state and federal courts, and an eventual outcome where the Vice President was defeated 271 Electoral Votes to 266 Electoral Voted, but beating Governor Bush in the Popular Vote, 50,999,897 votes to 50,456,002 Popular Votes.  That is a difference of 543,895 Popular Votes.