How we send our leaders and public figures into the afterlife says as much about society as it does about the deceased.

Whether or not the dead are comforted by the way we tell them goodbye is something we cannot know for sure until we, ourselves, shuffle off this mortal coil. It comforts us to think that the dead are comforted, and that is reason enough for the ceremony. A funeral is a chance for us to honor those who leave us behind, and in honoring them we honor those who loved them. This is especially important in the funeral services for relatives and friends. The pain of losing a parent, a grandparent, a spouse, or a child is something that we will all probably experience in our lifetimes, but it is a uniquely individual experience. 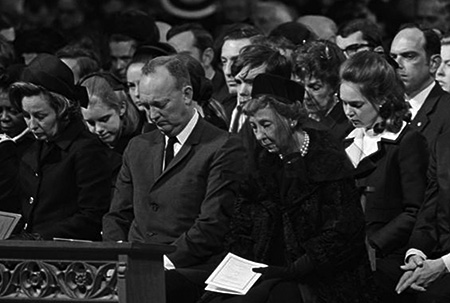 When a public figure or political leader passes on, the grief reverberates through the entire community and the funeral becomes a much more public affair. The first consideration must be to respect the wishes and grief of the widow and the deceased immediate family, these are the ones who will have to go on without the deceased directly in their lives. Even if we are not in the late leader's personal circle, we honor them for their service and acknowledge that, although they may have retired from service, the world is a lesser place for their loss.

Senator Paul Wellstone, Democrat from Minnesota October 29, 2002, Williams Arena, Minneapolis, Minnesota. Possibly the most controversial memorial service in this collection, Populist Democratic Senator Paul Wellman was well-liked across his home state and was regarded as "the conscience of the Senate" in Washington. On October 25, 2002, the aircraft he was flying in crashed in the northern part of Minnesota, killing all seven aboard, including the Senator's wife and their daughter. The memorial service was attended by former President Clinton and former Vice President Gore, as well as several other prominent Democrats. The affair degenerated from a memorial to a political rally. 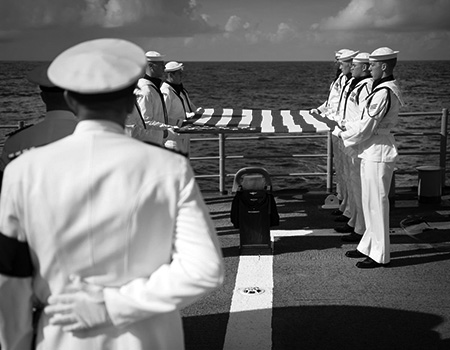 Senator Robert Byrd, Democrat from West Virginia, July 2, 2010, the Grounds of the State Capitol in Charleston, West Virginia. Like Ted Kennedy, long-time Senator Byrd died in office, however, Byrd was first elected to the Senate in 1959. At the time of his death on June 28, 2010, at the age of 92, he was the longest-serving Senator in the history of the United States. He was eulogized by former President Bill Clinton, Vice President Joe Biden, and President Barack Obama.

Astronaut Neil Armstrong, September 13, 2012, the National Cathedral, Washington D.C. While eulogizing Neil Armstrong, Apollo 17 Mission Commander Gene Cernan said of the Apollo 11 First Man on the Moon mission that, "It was never about Neil". Cernan went on, "It was about you, your mothers and fathers, your grandparents, those of an earlier generation, who gave him the opportunity to walk on the moon. . . He always gave credit to those who just didn't know it couldn't be done." Before becoming a NASA Test Pilot, Lt(j.g.) Neil Armstrong flew Navy Jets during the Korean Conflict. The day after the Memorial Service at the National Cathedral, Armstrong's cremated remains were taken aboard the USS Philippine Sea and committed to the deep.

First Lady Nancy Reagan, March 11, 2016, the Ronald Reagan Presidential Library, Simi Valley, California. After supporting her husband through two terms in the White House and his nearly decade-long battle with Alzheimer's Disease, Nancy Reagan led the Nation through the former President's week-long funeral and interment at his Presidential Library in the summer of 2004. When her time came to join "her Ronnie", Nancy also laid in repose at the Library before the Memorial Service and more than 1,500 people viewed her casket the day before she was interred.