His career started in a way that you would think an American political dynasty would, as a Senator in Waiting until he was 30 years old to take over the seat of his older brother, John F. Kennedy. 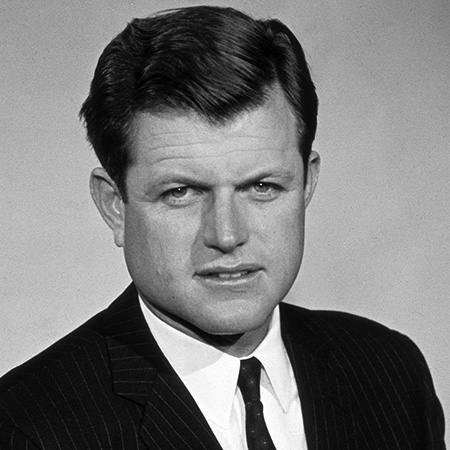 Ted Kennedy was the youngest of Rose Kennedy's nine children and the one his mother always thought would become a priest.  Those plans changed when he met a lovely blond.

His career started in a way that you would think an American political dynasty would, as a Senator in Waiting until he was 30 years old to take over the seat of his older brother, John F. Kennedy. In a Democratic Party Primary in 1962, Edward McCormick, Jr., nephew of the Speaker of the House, John McCormick said that if Edward Moore Kennedy's name was Edward Moore, his candidacy would be a joke. Ted Kennedy would serve as a United States Senator from the commonwealth of Massachusetts for the next 47 years.

After the assassinations of his brothers, John and Bobby, and his father suffering from a debilitating stroke, Teddy took on the role of the family patriarch. He was not only father to his three children but assumed that role for his 13 nieces and nephews whose fathers were killed. But, he was not without his controversies when it came to women. There was the July 1969 incident on Chappaquiddick Island with former RFK campaign worker, Mary Jo Kopechne and his alleged involvement with his nephew, William Kennedy Smith on Easter Weekend 1991 involving an alleged sexual assault of Patricia Bowman.

In 1979, after the 52 Americans were taken hostage in Iran, Senator Kennedy announced his candidacy for President in 1980, challenging the incumbent President Jimmy Carter for the Democratic Nomination. Kennedy won 12 state primaries giving him 7 million votes nationwide, enough for him to wait until night two of the Democratic National Convention to concede his candidacy. "For me, a few hours ago, this campaign came to an end. For all those whose cares have been our concern, the work goes on, the cause endures, the hope still lives, and the dream shall never die." 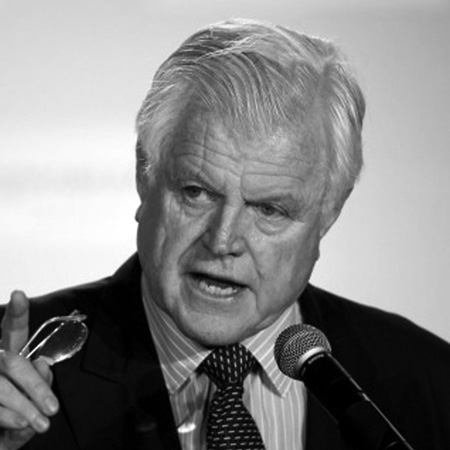 For the next nearly 30 years, before his death from Glioblastoma, Ted Kennedy would work on issues of importance to Americans: health care, education, an increase in the minimum wage, and so much more. At the 2008 Democratic National Convention just one year to the day of his death, Caroline Kennedy said these words of her Uncle Teddy, "More than any Senator of his generation or perhaps any generation, Teddy has made life better for the people of this country and for people around the world. For 46 years, he's been so much more than a Senator for the people of Massachusetts, he's been a Senator for all who believed in a dream that never dies. If you're longer being denied a job based on your race, gender, or disability or you've seen a rise in the minimum wage you're getting paid; Teddy is your Senator too. If your children are receiving health insurance thanks to to the Children's Health Insurance Program, if you see a nurse at the community health center or if you're benefiting from the Medicare Program that he fought to create and just last month he returned to the Senate to save, Teddy is your Senator too. If you're a child getting an early boost thanks to Head Start or attending a better school or going to college on a Pell Grant making it more affordable, Teddy is your Senator too. And if you're an 18 year old who is going to vote for the first time, Teddy is your Senator too."