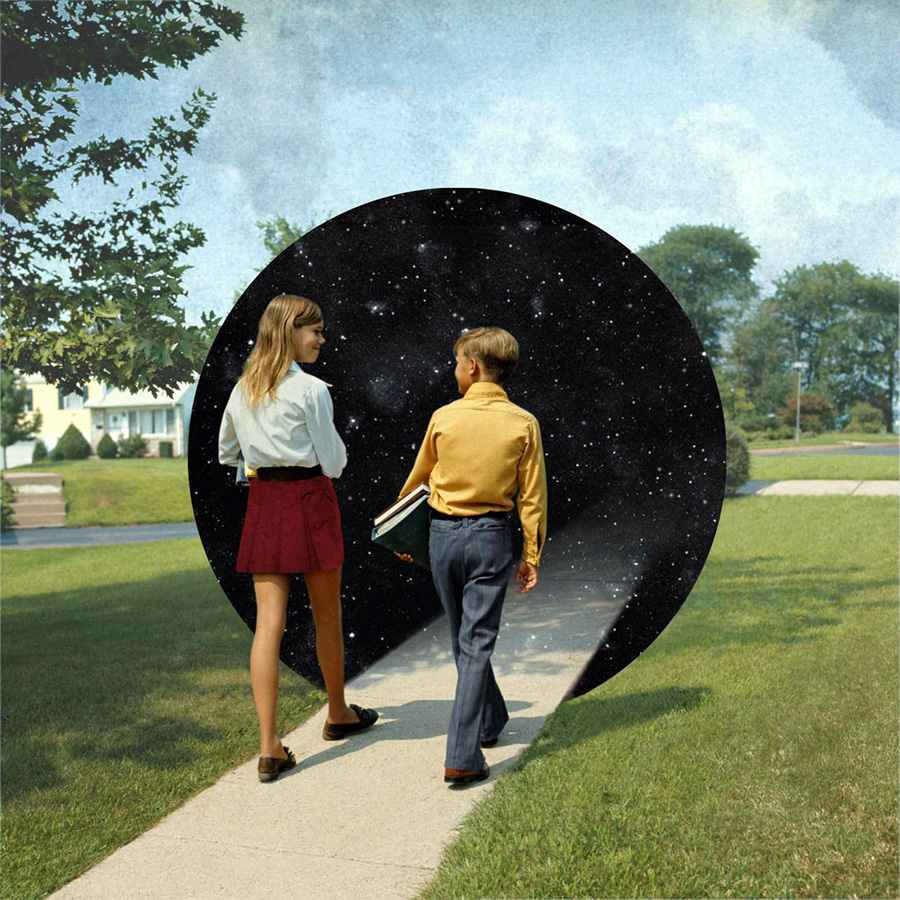 Some would argue that Science Fiction
is as old as civilization itself as humans
gazed up to the stars and wondered, "what if…"

Precursors of the Science Fiction Literary precursors of the Science Fiction genre include Jonathan Swift's "Gulliver's Travels" (1726), Mary Shelley's "Frankenstein' (1818), and Robert Louis Stevenson's "The Strange Case of Dr. Jekyll and Mr. Hyde" (1886).  Jules Verne's "Voyage to the Center of the Earth" (1864) and H. G. Wells' "The Time Machine" (1895) were also important works in the field of Science Fiction.

Juvenile Serials of the 1930s 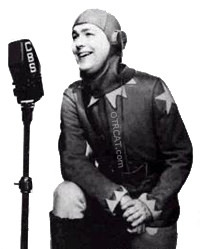 Buck (1932-1936, 1939, 1940, 1947) was first published in "Amazing Stories" in 1928 and the adventure hero moved to comic strips, film, movies, radio, and eventually television. Buck Rogers in the 25th Century was one of the earliest of the juvenile adventure serials of the 1930s and aired four times a week from 1932 through 1947.  While working in a mine, Anthony (Buck) Rogers was exposed to a gas that left him in suspended animation until the 25th century.  With the help of Wilma Dearing (Adele Ronson) and the scientist and inventor Dr. Huer (Edgar Stehli), Buck Rogers fights evil warlords of the future.

Flash Gordon (1935), a comic strip created in 1934 by Alex Raymond, road the coattails of its predecessor Adventures of Buck Rogers.  Like his futuristic forerunner, the Flash Gordon franchise was also adapted to film, television, cartoons, and radio.  In the series, Flash Gordon was a dashing and handsome hero who with the help of his companions beautiful Dale Arden and scientists Dr. Zarkov fought the evil warlord Ming from the planet Mongo.  The radio serial adapted the Sunday comic strip almost verbatim.  Amazing Interplanetary Adventures of Flash Gordon ran for 26 weeks between 22, 1935 and October 26, with the marriage of Dale Arden and Flash Gordon.  The old time radio version of Flash Gordon featured Gale Gordon in the leading role.

Early Science Fiction on the Airwaves 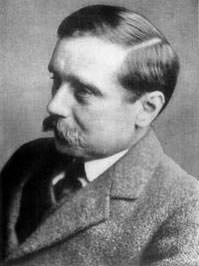 Within the horror and drama genres there were some breakout science fiction radio plays including Arch Oboler's radio plays Lights Out "Meteor Man" and "The Rocket Ship" Radio Guild Theater "The Man Who Was Tomorrow", Columbia Workshop's "R.U.R." (Rossum's Universal Robots), Favorite Story produced H. G. Wells' "The Time Machine", and Jules Verne's "20,000 Leagues Under the Sea" among others.

The most memorable s science fiction old time radio from the 1930s was Orson Welles War of the Worlds on Mercury Theater aired on Halloween (October 30, 1938).  This broadcast had a phenomenal impact on the nation because Welles blurred the lines between fiction and fact, essentially convincing America that the Martians were invading.

The Role of Science Fiction Authors

In 1938, John Campbell was given the reins of "Astounding" magazine and moved it into a new direction where he stressed hard science fiction.  He attracted some of the best science fiction writers of the era including Isaac Asimov, Theodore Sturgeon, Lester del Rey, A. E. Van Vogt, and many more.  was influential in the progress of Science Fiction writing. 2000 Plus (1950) aired to audience on March 15, 1950.  The shows were written from original material rather than from science fiction authors or classic stories.  Most of the show was written and produced by Sherman H. Dryer with the help of Robert Weenolsen; many episodes revolved around the follies of space travel, science, and technology. hit the airwaves one month later.  With the blessing of the majority of the science fiction community, Dimension X featured writings of the leading science fiction writers of the time including Isaac Asimov, Robert Bloch, Ray Bradbury, Robert A. Heinlein, Clifford D. Simak, and even Kurt Vonnegut.  Hosted by Norman Rose, Dimension X used content and believability to explore the world of tomorrow. The sounds effects were fantastic creating aliens, galaxies, weapons, inventions, robots, and more in the imaginations of radio listeners across the nation.  Albert Berman composed futurist musical score with organ beeps and an amazing assortment of music instruments.  Dimension X composer Albert Berman also utilized a Theremin, a fantastic electronic instrument used in many science fiction films, radio, and television.  The Theremin was the first musical instrument played without being touched instead the musician waves his hands in the air above the instrument to control the volume and pitch. 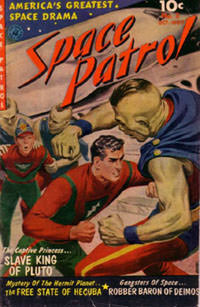 Space Patrol (1950-1955) also featured a law enforcement subtext in an outer space themed show.  Buzz Corey, commander-in-chief of the Space Patrol.  His "golly-gee" sidekick was Hissidekick was Cadet Happy and Carol Karlyle gave the space ship Terra V a feminine touch.  Of course, there were space bad guys, manly evil geniuses and aliens warlords such Mister Proteus, Dr. Ryland Scarno, The Black Falcon, the beautiful but evil Tonga.  The show was a hit both on the air and on the tube. 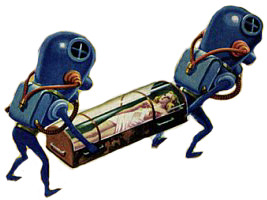 Many science fiction enthusiasts consider 1950-1960 to be the Golden Era of Science Fiction.  This is the decade when the best Science Fiction old time radio was created.  At the same time American's non-fiction world was filled with "duck and cover" exercises, red scare, McCarthyism, and the fears of a Soviet invasion or nuclear annihilation.  To many, science fiction with aliens allowed audiences to play out the fantasy of invasion by substituting Communists for aliens. 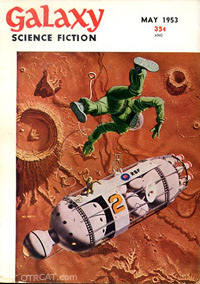 Exploring Tomorrow (1957-1958) was created towards the end of the 1950s decade.  Acclaimed editor of "Astounding Magazine," John Campbell, produced and hosted Exploring Tomorrow with the aid of some of his best contributing writers.  According to "Astounding Magazine," the series was billed as the "first science fictionold time radio show of science-fictioneers, by science- fictioneers, and for science-fictioneers."  With Campbell at the reins, Exploring Tomorrow was a well-constructed show with elevated concepts and great stories.  Campbell's introductions are thoughtful and provocative.

X Minus One (1955-1958), the science fiction anthology series, was considered to be the revival show of Dimension X featuring adopted science fiction stories.   X-Minus One was truly the greatest of not only science fiction radio shows but of all radio dramas.  The first shows were duplicated from the original Dimension X, later the producers pulled ideas for shows from the pages of "Galaxy Magazine."  Like Dimension X, X-Minus One used some of the leading science fiction authors in the genre including Isaac Asimov, Ray Bradbury, Philip K. Dick, Robert A. Heinlein, Frederik (Fred) Pohl and Theodore Sturgeon, Robert Sheckley, J. T. McIntosh, Fritz Leiber and many more.  The show's script writers, Ernest Kinoy and George Lefferts made some remarkable original scripts.  Leffert's "The Parade" features a Martian who hires an advertising agency to help him plan a parade to celebrate the Martian invasion.   Some shows ended unhappily such as "The Cold Equation" and an adaptation of Ray Bradbury's "Mars in Heaven" where earthmen land on Mars to discover it's inhabited by people they know.  Remarkably, all episodes of X-Minus One survive.

Science fictioneers across the pond in Great Britain also made attempts at the science fiction radio drama that were great indeed.  Two surviving shows are serials, Orbit One-Zero and Journey into Space.  Although much of the time in Journey into Space is spent opening and closing airlock doors, the plot line is exciting and the acting superb with unique characters. 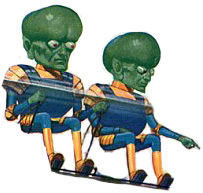 End of Science Fiction on Radio

When Russian scientists launched Sputnik in 1957, science fiction became more of a science actuality.  Inventions thought to only be in science fiction like rockets, televisions, and computers were becoming a reality.  The future of entertainment was on televisions that were more ubiquitous in American households and the golden age of science fiction left the airwaves.  Luckily many of these recordings were preserved for enjoyment today. Many science fictionold time radio shows survived in completion including Dimension X and X-Minus One. 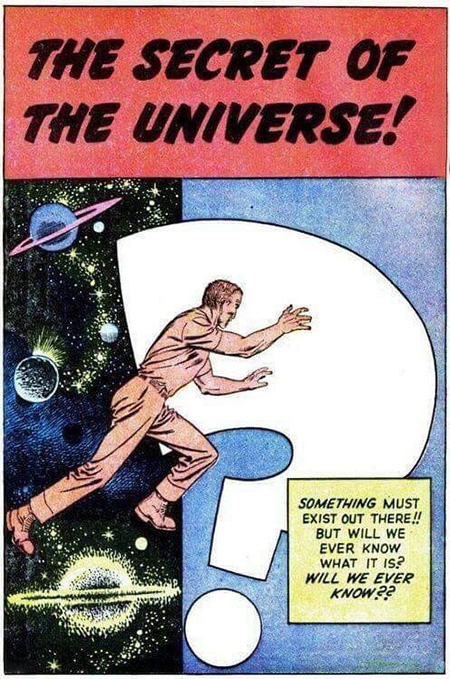 "A good science fiction story should be able
to predict not the automobile but the traffic jam."
- Fred Pohl 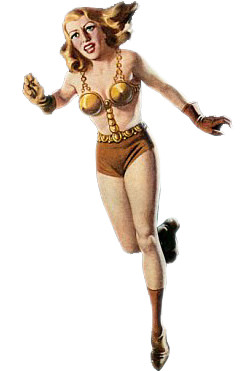 Other series which include sci-fi episodes:

When I was 10 years old, back in 1953, I listened in awe to the original JOURNEY INTO SPACE serial (recently bought again from you, for sheer convenience and now listening in the car!!). It was nearing its conclusion when I went down with appendicitis and spent New Year 1954 in Booth Hall Children's Hospital, Manchester, England.

Not for us the luxuries of tape recorders or iPods.....my dad, however, was equal to the task and took down the entire episodes, live, in Pitman's Shorthand and I lay there enthralled in my hospital bed, with my eyes closed, whilst he read them out, verbatim and in full.

Even though the serial we now hear is a 1958 remake, when I listen to it I can still 'hear' my dad, as David Kossoff, as Lemmy Barnett, yelling in fear and running away in fear from the first sight of The Time Traveler.....!! Now, you won't get THAT in a Podcast!!

Reply
Spoiler : We're really enjoying our collection. We are very pleased to know that your company is still around and vibrant. The two of us love science fiction, comedy and time travel stories. Your inventory is so vast and amazing it is difficult to imagine running out of interesting stories to collect from ORTCAT. This whole genre is so much bigger than I ever thought existed !

Reply
Spoiler : Great programing. I'm in middle of California and I listen to your programming going to work just found you and I'll pass the word around.

Reply
Spoiler : Can you suggest any episodes that mirror todays UFO disclosure i.e. US military individuals make public the existence of UFOs and the government does not deny it? Also Is their an episode kind of like X files where the government is working in secrete with Aliens to co share power and or are under the thumb of the Aliens? And the public are unaware?