Flash Gordon first appeared on the comic pages in 1934, following the success of Buck Rogers. Flash soon made the move to radio before the classic film serial starring Buster Crabbe.

"The Lost Continent Of Atlantis Pt 1" 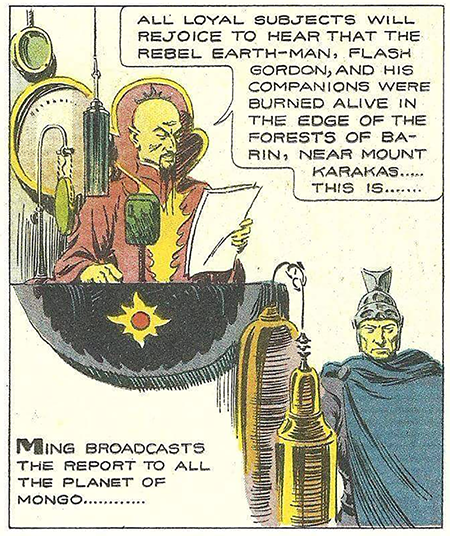 Gale Gordon, whose career spans decades (as well as galaxies), plays all-star American athlete Flash. Gordon career includes so many shows, he deserves his own collection disc! A few of his starring roles were Dr. Petrie on Fu Manchu, Mayor LaTrivia on Fibber McGee and Molly, Rumson Bullard on The Great Gildersleeve, Mr. Atterbury on My Favorite Husband, and Principal Conklin on Our Miss Brooks. He was also in the star-studded Cinnamon Bear children's classic. Of course, he took his Mr. Conklin on to TV, and movie buffs know he played many fine comedy roles on the silver screen.

Meanwhile, back in outer space - Flash is accompanied by his beautiful American sweetheart, Dale Arden, and Dr. Zarkov, a great scientist. Our heroes fly to the planet Mongo, ruled by Ming, a merciless dictator who threatens his world with weapons of mass destruction. (Sound familiar? It did in 1935 too...) Sadly, we don't know who played Dale, but Ming was portrayed by Bruno Wick... a great name in itself. 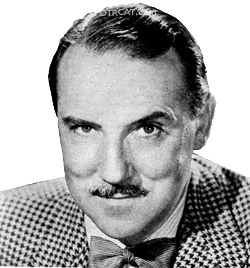 The Flash franchise has offered inspiration for many creative imaginations. The Hearst comic strip featured the wonderful artistry of Alex Raymond, and the fine Republic Serial series of Flash Gordon adventures starring the most excellent Flash, Larry "Buster" Crabbe flying wonderfully clunky sparkler-driven rocket ships. Yet these radio adventures are high-flying fun, and comics fans will love the list of comic favorites in commercials for the Hearst 32-page Comic Weekly. In the last of the shows, which seems to now be lost, Flash and pals land back on Earth in the jungle, and hook up with Jungle Jim (another Hearst property)…who thus begin his own adventurous serial career on radio.

Click here for more information about the comic pages in old time radio. You can follow more juvenile adventure leads in the series: Jungle Jim, Tarzan, Speed Gibson, Terry and the Pirates, and Air Adventures of Jimmy Allen.

More space adventures for kids are Space Patrol and Buck Rogers, as well as the ones for everybody, such as Dimension X, Journey into Space, and the classic X Minus One.