Mary Shelley's Frankenstein; or, The Modern Prometheus was written in response to a challenge laid down at a party and was later adopted by many radio renditions. 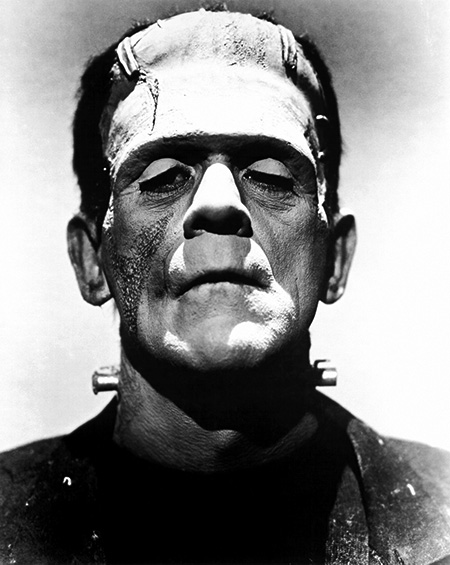 Thanks mostly to the 1931 Universal Horror film Frankenstein starring Boris Karloff, there is a lot that the general public simply gets wrong about Mary Shelley's timeless story. Probably the most important thing that people get wrong is that Karloff does not play Frankenstein, his over-sized, square-headed, and stitched-together character is Frankenstein's monster. Victor Frankenstein was a scientist who experiments with chemistry, alchemy, and the then new techniques of galvanic electricity and uses parts from different recently deceased corpses to create a new living being.

The "Universal Monsters" had an important role in saving the studio from financial ruin at the beginning of the Great Depression. Universal was "on the ropes" after losing $2.2 million in revenues 1930. When Dracula (1931) starring Bela Lugosi was released in February it very quickly brought in $700,000 profits, and studio boss Carl Laemmle Jr. declared that Monster Movies were going to be Universal's bread and butter for the foreseeable future. Lugosi expected to play Victor Frankenstein in the upcoming film, but Laemmle wanted him to play the monster. Unfortunately, the makeup designed for Lugosi was disastrous and the Hungarian Star left the project. The opening credits would list the Monster as played by "?", but Karloff was listed in the end credits. He went on to play the monster in The Bride of Frankenstein (1935) and The Son of Frankenstein (1939), and he also played "mad scientist" Dr. Gustav Niemann in the "monster rally" feature The House of Frankenstein (1944) featuring David Carradine as Dracula, Lon Chaney Jr. as the Wolfman, Glenn Strange as the Monster. 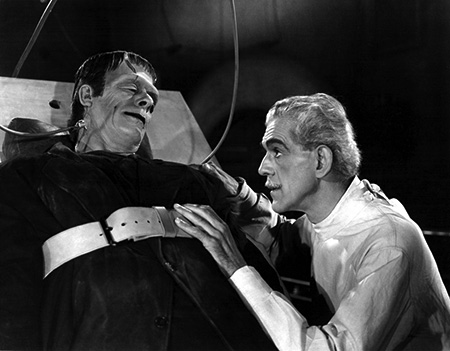 Mary Shelley's Frankenstein; or, The Modern Prometheus was written in response to a challenge laid down at a party attended by Mary, her fiancé Percy Shelly, Lord Byron, and John Polidori. The group decided to see who could write the best horror story, and 18-year-old Mary, who claimed the story came to her in a dream, was determined to win. Shelley's novel would infuse elements of Gothic Horror, the Romantic Movement, occult, and is cited as an early example of Science Fiction.