Get your garlic and crucifix, this collection includes a wide variety of vampire-themed old time radio shows.

Choose your CD format
or order disks individually: Add to Cart Add to wishlist
Play a sample episode from June 22, 1953:

"Hall of Fantasy: Marquis of Death" 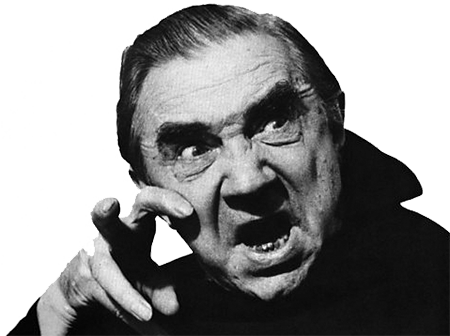 Few mythical creatures inspire more dread and loathing than vampires. At the same time, vampires are a great source of fun because we actually enjoy hating them so much.Vampire stories are a lot like Science Fiction in that the monsters have to conform to a specific set of rules. They can be strangely seductive, and a vampire is likely to be stronger, smarter, faster, and have more options than those who hunt him, not to mention his victims. The only thing that the vampire’s nemesis has going for him is the rules, and woe to the vampire, victim, or hunter who winds up on the wrong side of the rules.

What are those rules? That depends to a great extent upon who is telling the story. Vampires are incredibly hard to kill since they are generally dead already. We usually think of vampires as creatures of the night because they burst into flame when they are hit by the rays of the sun, but there are vampires who can spend the day in the sun without a care. Garlic is supposed to keep vampires at bay, but there is always a chance that you could run into a vampire enjoying a slice of pie at the local pizzeria. Vampires are supposed to be repulsed by the Cross, but the "real" Count Dracula, Vlad III or Vlad Tepes, "Vlad the Impaler", was a historical figure who was a noted Christian warrior fighting the Ottomans. The one thing that everyone can agree on when it comes to vampires is that they have an unquenchable thirst for the blood of the living.

Undead creatures who drain the life-force from the living occur in the folklore of many cultures, including the chupacabra of Latin America, the Manananggal of the Philippines, the Japanese Nukekubi, and the impundulu of Madagascar. The "modern" or Western vampire is based on Eastern European folklore. Although they are ancient beliefs by our standards, most of them only go back a few hundred years. Archeologists have found a number of "vampire gravesites" in recent years throughout Europe. The defining feature of a vampire grave is that the deceased are buried in such a way so as to ensure that the dead stay that way. 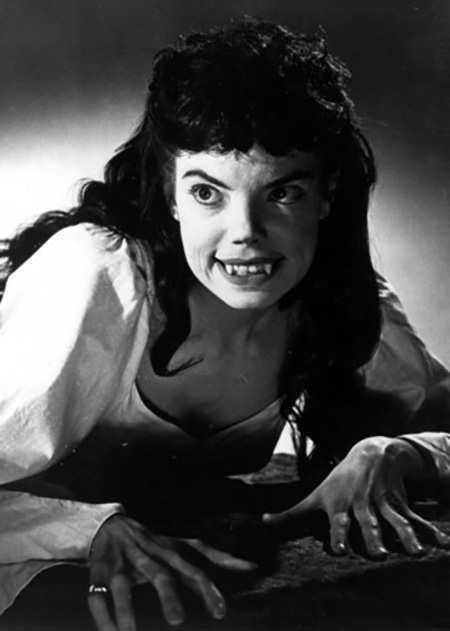 A common method is to stake body into the grave, usually with a stake driven through the heart into the earth of the grave. This was seen at a Bulgarian site discovered in 2013, two corpses were discovered with iron bars driven through them. Another practice is to stuff the mouth of a suspected or potential vampire with garlic, and sometimes a rock is placed between the jaws of the deceased to prevent them from chewing through their shroud and infecting others with vampirism. One of the most effective vampire burials is the practice of decapitating the corpse and placing the head between its legs. There is no record of any vampire problems after such a burial.

Preventing vampires from coming back from the dead is a grisly business, but how do you deal with the vampires who get through anyway? According to one Romanian legend, you need a virgin boy, a lad of seven is the standard, wearing white, riding a white virgin stallion. Send the team into the graveyard at mid-day and the horse will stop before the grave of the vampire. Of course, there is the possibility that there is an especially tasty looking tuft of grass growing on the grave, but better safe than sorry when it comes to vampires!

Most of what we think we know about vampires comes from Bram Stoker’s 1897 gothic novel, Dracula. Dracula is an ancient Transylvanian nobleman who inhabits a decaying castle in the Carpathian Mountains. For centuries, the Count has been hatching a plot for world domination which he finally unleashes in the 19th century by infiltrating London. The story of Count Dracula has been told numerous times in multiple media, including the 16 part radio serial included in this collection. The most familiar version of the story and our most popular vision of a vampire comes from the 1931 film Dracula starring Bela Lugosi.

Enjoying a good vampire story can be great fun. In many ways it is not that far removed from sitting in a darkened clubhouse or tent and holding a flashlight to your chest, shining it up onto your face, and intoning "this is a true story, and it happened not far from here…" Even though the stories give us a good scare, nobody really believes them.

But then again, it cannot hurt to keep some fresh garlic on hand, could it? Just in case?