Legends of shape-shifting wolf men have been around since ancient times, these old time radio shows include werewolves and the ferocity of their attacks.

Choose your CD format
or order disks individually: Add to Cart Add to wishlist
Play a sample episode from June 17, 1949:

Werewolves or Lycanthropy is one of western civilization's oldest superstitions. The term is a combination of the Greek words lycos for wolf and anthropos for man. Belief in shape shifting wolfmen developed along with the with the belief in witches, in fact there were many cases during ancient times where there were accusations of werewolfism along with witch craft. 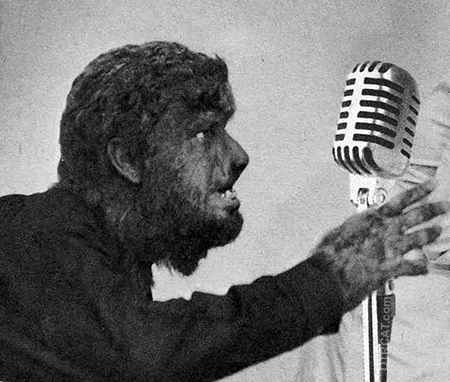 The legend of the werewolf captured the American imagination in 1941 with the release of Universal's The Wolf Man, starring Lon Chaney. This was Universal's second werewolf film, following the less well received Werewolf of London(1935).

Much of what we "know" about werewolves are conventions created for The Wolf Man and its sequels. The transformation of the werewolf during the full moon and the notion that the werewolf was impervious to weapons except those made from silver (like a silver bullet or a walking stick with a silver head) are pure cinematic inventions.

The first werewolf in our OTR collection appears in a 1936 broadcast of The Witches Tale in a retelling of a Victorian era story by Frederick Marryat. The same story was adapted later for The Weird Circle.

One element of the werewolf legend is the ferocity of their attacks. This ferocity is brought into modern times without the supernatural connotations in a pair of police dramas from 1949. The first was the audition program for Prowl Car which tells the story of "The Wilshire Werewolf" and then a few months later Sgt Friday chases "The Werewolf" in the third episode of Dragnet. Both shows tell the story of a "large, ugly man" who specializes in attacking women at night and keeps the city of Los Angeles terrified. "The Werewolf" episode is also noteworthy as the first time that the Dragnet theme is heard.

That "reckless, redheaded Irishman" runs into a werewolf in the bayous surrounding New Orleans on The New Adventures of Michael Shayne. Patrick McGeehan reads us the story of "Werewolf Island" on Strange Adventure.

Jack Packard, Doc and Reggie deal with a shape shifter when I Love a Mystery brings us the 12 part serial "Bury Your Dead In Arizona". ILAM deals with werewolves again in 1952 on "Bride of the Werewolf". 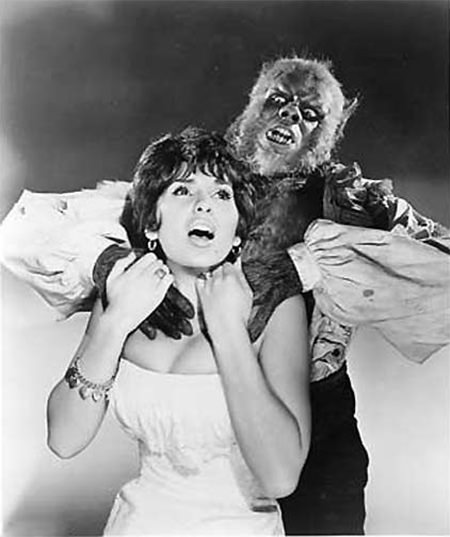