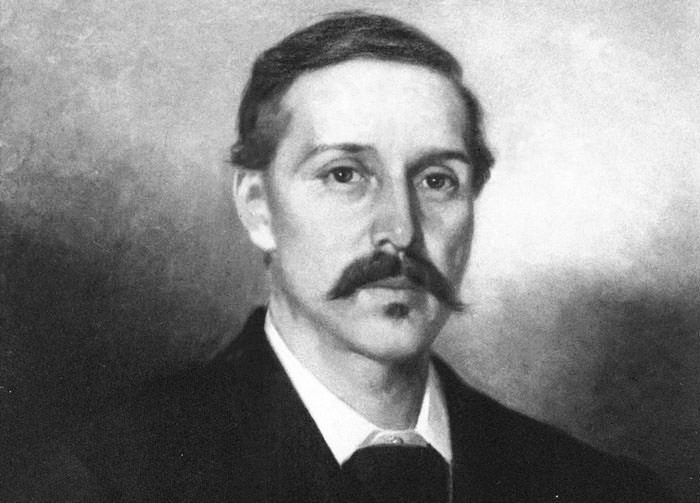 In this cave by the restless sea, we are met to call from out of past, stories strange and weird.
Bell keeper, toll the bell, so that all may know that we are gathered again in the Weird Circle!

Along with Mercury Theatre on the Air, Columbia Workshop, Great Scenes From Great Plays, Screen Guild Theater, and Lux Radio Theater, The Weird Circle brought to life the works of great authors in the history of letters in the English language. 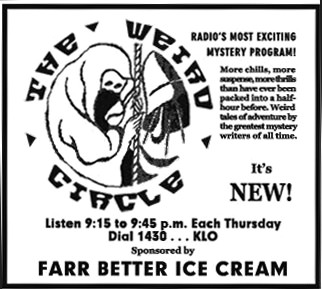 The program adapted several Edgar Allan Poe works, as well as great treasures from Robert Louis Stevenson,  Guy de Maupassant, Hans Christian Anderson, and Charles Dickens.  However, The Weird Circle had a particular niche, the adaptation of horror stories or other chilling tales of the paranormal or supernatural.

For this reason, it is more-commonly linked to programs in this genre, such as Suspense, Inner Sanctum, and Lights Out.

The Weird Circle took the air in July of 1943, where it would live (by telling stories of the dead and un-dead) until 1945, airing 78 episodes.

Its maiden episode adapted Poe's "Fall of the House of Usher" and began with the ominous words, "Can the dead return to life?  Listen to The Weird Circle."

Often, programs begin with sounds of howling winds or creepy moans.  The announcer's voice was often augmented with plenty of reverb. The stories get started right away, without mention of sponsorship or any superfluous buildup.  The actors just get into it.

While we don't have as complete a list of the actors that contributed to this cult classic, they do include Lawson Zerbe, Gladys Thornton, Walter Vaughn, and Arnold Moss.

What sets The Weird Circle apart from other programs airing horror and ghost stories, or similar sci-fi fare, is that it focused so heavily on the works of classic, highly-revered authors.  Ghost stories were not just the province of the modern-day, even if many young radio writers were interested in them.  The producers did a great job of culling the repertoires of authors one would not necessarily expect, finding creepy tales that together would make a coherent and consistent line of programming.

The stories sometimes involve a character's life veering onto an uncharted path when he or she is visited by an apparition or monster of some sort.  Sometimes, the everyday is affected by the supernatural, and many of the episodes involve murder.  For some examples, in "The Knightsbridge Mystery," a person who seems to be in two places at once commits (or doesn't commit) double murder; in "The House and the Brain," a family is haunted by an ancient spirit; in "The Strange Judgment," an evil son terrorizes his parents; in "The Shadow," a man is threatened by his shadow, which has come to life; in "The Doll," a doll comes to life and has a murderous appetite for jewels.

Many of the stories are intended to relate to people's fears of the unknown, of a past coming back to haunt one, of misdeeds being repaid in unexpected ways.  They are about dark parts of our psyches, brought to life in the form of ghosts, and brought-to-life objects, and other spectres.  These themes would be explored throughout the twentieth century, and still are today.

This is a collection not to be missed, since the show is not as well-known or well-remembered as many of its counterparts.  It is of high-quality, though, in no small part due to the greatness of the works on which it bases the episodes.