Choose your CD format
or order disks individually: Add to Cart Add to wishlist
Play a sample episode from March 14, 1937: 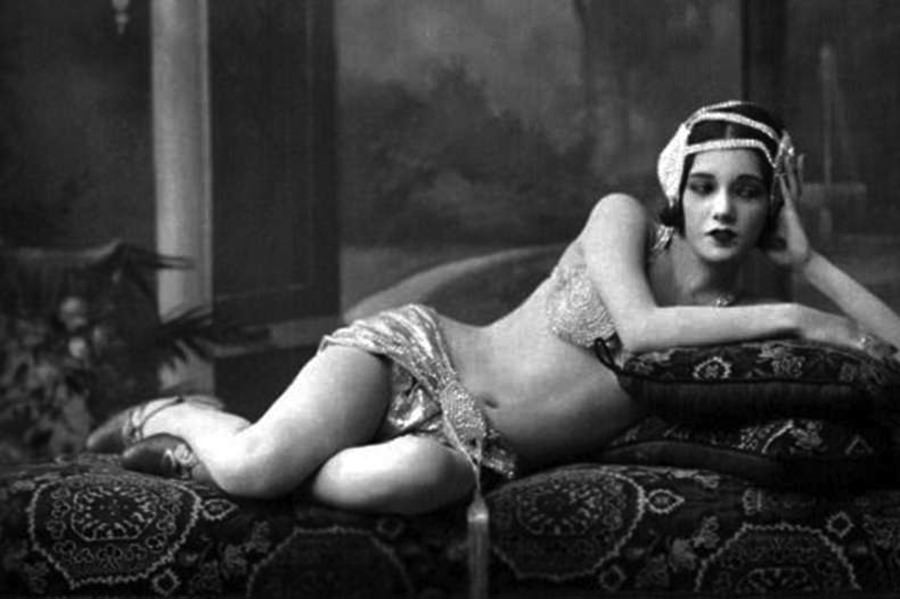 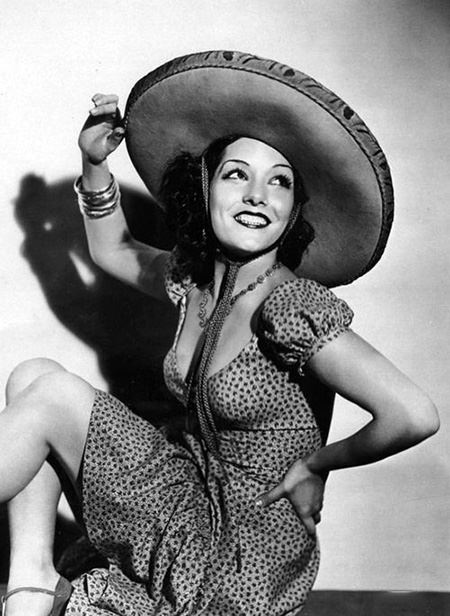 In an industry where image is so much more important than truth, there is little wonder that even death is not an escape from the scandal mongers. The circumstances surrounding Lupe Velez’s suicide are so often misreported that the urban legend has widely become accepted as truth. This is an even greater injustice when we realize that Lupe’s short life paints an interesting enough picture of the rollicking Pre-Code era of Hollywood that post-mortem embellishment seems not only cruel but frivolous.

Lupe’s background story depends upon who you are hearing it from. It is generally agreed that Maria Guadalupe Villalobos Vélez was born in San Luis Potosi, Mexico, 1908. Whether she was the product of a tryst between a vaudeville singer and a randy soldier as her detractors insist or the happy union between a dashing colonel and an opera diva as the studio publicity departments preferred does not matter. What is relevant is that she was sent to a convent school in San Antonio, Texas, where she first began to take dancing lessons (she readily admitted that beyond dancing, she was not a very good student).

When the Mexican Revolution began, she was repatriated to Mexico City, and while her father went to fight in the Revolution, Lupe went to work in a department store to help support the family. Naturally she turned most of her earnings over to her mother, but she always reserved a few pesos to pay for the tap dancing lessons which would become the springboard for her own vaudeville career.

Lupe began performing in Mexican revues in the early 1920s, even though her father was scandalized that she would "soil the family name" by appearing in shows. In fact, the favorable reviews she received for her almost obscenely sensual dancing were no match for the press she received for her feuds with other performers whom she saw as competitors. She became one of the highest paid vaudevillians in Mexico when she was hired to headline the Teatro Principal for 35 pesos a day in 1925. A year later, she was earning 100 pesos a day at the Teatro Lirico. 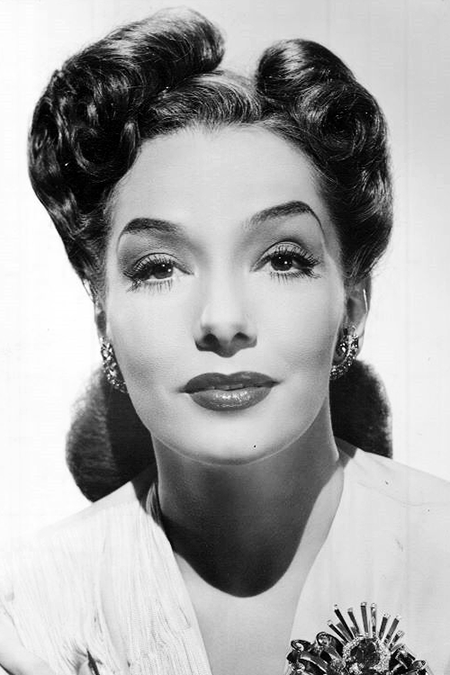 American stage director Richard Bennett (father of Joan and Constance Bennett) invited Lupe to Los Angeles for the part of a cantina singer in his production of The Dove in 1926. Once she was in California, she met comedienne Fanny Brice who became a huge fan of the feisty dancer. Brice promoted Lupe to Florence Ziegfeld, who offered Lupe a spot in his Follies. Before she could leave for New York, she found herself in films.

Hal Roach put her in the Laurel and Hardy comedy short Sailors, Beware! (1927), and her breakthrough came when Douglas Fairbanks hired her to star in The Gaucho (1927). The film was a departure for Fairbanks’ career, gone was the "boyish adventurism" of his earlier films and in its place was a "seething sexuality" which came naturally to VélezFairbanks’ wife, Mary Pickford, had only a cameo role as the Virgin Mary).

Near the end of the decade, the adoption of talking pictures was ending the careers accented actors left and right. Lupe’s first all sound picture was Tiger Rose (1929) with Rin Tin Tin. The picture was a hit, thanks mostly to the dog’s popularity, but Velez’s career was saved as well. She appeared in a number of films, typecast as a fiery tempered exotic temptress.

She took a short break from movies in 1932 to appear in Ziegfeld’s revue Hot-Cha! The production also starred Bert Lahr, Eleanor Powell, and Buddy Rogers, but was beset with troubles. The Depression had wiped out Ziegfeld’s fortune, and he was forced to accept financing from gangsters to produce the show, and the public was not in a mood to spend money on Broadway shows. Then the March 8 premiere was overshadowed by news of the Lindbergh Kidnapping. The script, while racy, was weak and got poor reviews. The show ran for 119 performances before closing in July. The great Ziegfeld passed away a few days later, on July 22.

Velez’s career took an upturn in 1939 when RKO put her in the B-picture The Girl From Mexico. Although it was intended as a second tier project, the picture was popular enough to inspire the Mexican Spitfire series which brought Lupe legitimate fame. It was a welcome change from her off-screen notoriety. 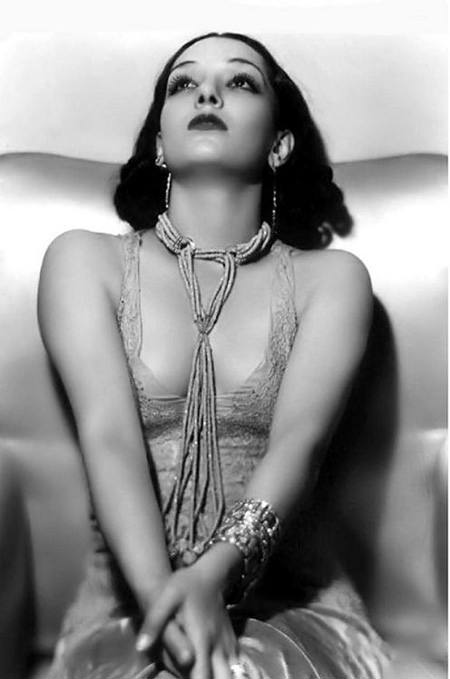 Gossip columnists had a field day over her affair with Gary Cooper. The relationship was passionate but stormy. After two years, Cooper had lost 45 pounds, and when it ended the studio directed him to go on vacation to recover. As he boarded the train, Lupe allegedly took a shot at him with a pistol. Later, she had an affair with Olympic swimmer and Tarzan actor Johnny Weissmuller. Even though Weissmuller was often seen with bruises, scratches, and hickeys from the "passion of their lovemaking", the couple eloped to Las Vegas in 1933, and finally divorced in 1939.

Vélez began an affair with a part-time actor Harald Ramond in 1944, and in September discovered that she was pregnant. She announced her engagement to Ramond in November but on December 10 announced that the engagement was off and kicked him out of her house. On the night of December 13, she had dinner with a pair of friends and later retired to her bedroom where she swallowed 75 Seconal tablets and a glass of brandy. Her secretary found her body on her bed the next morning with a suicide note addressed to Ramond.

Rumors began flying almost immediately. Lupe supposedly could not face the shame of having a child out of wedlock, and there was a claim that the baby was actually Gary Cooper’s. Perhaps the most damning was the claim in Kenneth Anger’s 1959 book Hollywood Babylon that Lupe had set a dramatic suicide scene on her satin bed, but her spicy Mexican "Last Supper" didn't agree with her. According to Anger's story, she went into the bathroom to vomit but stumbled, hit her head and drowned with her head in the toilet. Although there is no known evidence to support this wild story, the urban legend has widely been accepted as fact.

There is a Star on the Hollywood Walk of Fame at 6927 Hollywood Blvd which honors Lupe Velez's contributions to Motion Pictures.