Recording a full day's broadcast in 1939 was a technological and historical feat! The day the Nazis invaded Poland is seen as the beginning of the Second World War. The staff of WJSV recorded the entire days broadcast, so we can learn about the events as they unfold.

Choose your CD format
or order disks individually: Add to Cart Add to wishlist
Play a sample episode from September 21, 1939: 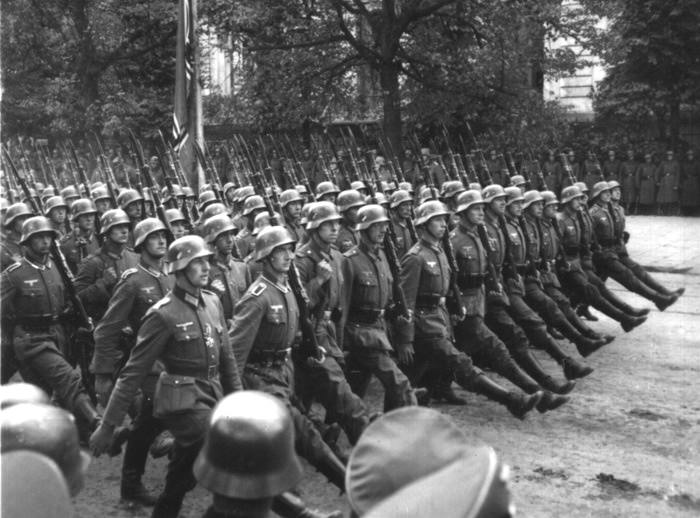 As the Great Depression finally began to draw to a close, Commercial Radio was beginning to be seen as less of a novelty and more as an important part of the American Cultural Landscape. This fact was noted by the staff of the National Archives, housed in the recently completed National Archives Building, located at 700 Pennsylvania Ave, the north end of the National Mall (finally completed in 1937 although staff had been working on the premises for two years; the architect intended to create a "temple of history").

Charged with the preservation and documentation of US Government and historical records, the National Archives and Records Administration (NARA) preserves and makes available for public viewing "The Charters of Freedom" which include original copies of the Declaration of Independence, The United States Constitution, the Bill of Rights, and an original copy of the Magna Carta. Among the duties of the Archivist of the United States are maintaining state ratifications of Constitutional Amendment and issuing a proclamation when an Amendment is fully ratified, maintaining copies of all Federal Statutes, delivering statutes passed by the Congress to the Office of the President to be signed into law, and Certifying the Votes of the Electoral College.

As part of the effort to preserve American History, NARA proposed recording and preserving a complete broadcast day. The Archives chose to collaborate with Washington CBS affiliate WSJV whose studios were located in the Earle Building at 1299 Pennsylvania Ave. The date chosen for preservation was Thursday, September 21, 1939, a fairly "typical" Thursday, although there were a few items of historical significance occurring that day.

These events included an Address to a Joint Session of Congress by President Franklin D. Roosevelt on the then relatively new War in Europe (Hitler's 'blitzkrieg' began thundering across Poland at the beginning of the month). This speech includes FDR's "Cash and Carry" policy of supplying the Allied Powers while maintaining US Neutrality. Although the speech was the most historic event of the day, more contemporary listeners were probably interested in the season-closing American League ball game between the Washington Senators and the Cleveland Indians (the Senators had a 65-87 season, but the Indians won the day for an 87-67 record).

This would be the first time that a station's entire broadcast day had been recorded, in no small part because the audio recording technology was not very good. Today, nineteen hours of audio MP-3 files would hardly fill a few "gigs" of hard-drive space, but in 1939 magnetic audiotape was not even available. "Electric transcription" was used by some shows so that the performers could review their work, or replay the program in another time zone, but the process was relatively expensive and the results notoriously fragile.

Although gramophone technology had been available since before the turn of the century, rather than producing standard phonograph disks, most electrical transcriptions were made using "instantaneous transcription discs". Typical gramophone discs would have been pressed from a shellac "master disc". Instantaneous discs had the advantage of being able to be played with no further processing, however, the recordings would only survive a limited number of plays. The discs could hold about 15 minutes of recording, which generally matched the quarter-hour format of most radio programs of the period.

As recording technology improved, more full-day broadcast collections became possible. Be sure to check out our December 7, 1941, Full Day Broadcast Pearl Harbor, the NBC and CBS Full Day Broadcasts of the Normandy Invasion, and the 12-Hour Nagasaki Bombing Collections. It's like a window back in time to hear the recordings as they would have been heard.

The itinerary of the broadcast gives an intriguing look at to what a day of broadcast was like: 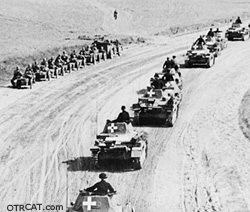 Also on this day, in Europe, Sept 21, 1939, Heydrich issued instructions to SS Einsatzgruppen stating the Jewish Poles are to be gathered into ghettos near railroads for the future "final goal." He also ordered a census and the establishment of Jewish administrative councils within the ghettos to implement Nazi policies and decrees.  Click here to read more about WJSV Broadcast Day from author, Eric Beheim.