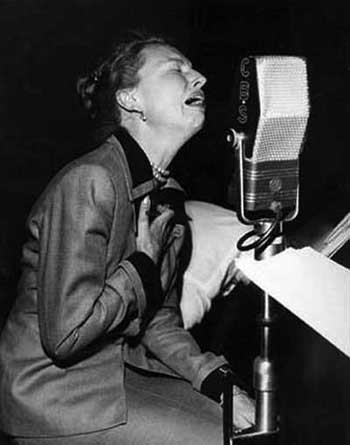 Great Radio Drama depends on great stories. But, where do great stories come from? Many stories have been passed down through generations, others spring from the minds of radio script writers. One of the richest sources of great stories is from the authors who wrote great literature.

Broadly speaking, literature is any collection of written work and is generally considered to have artistic merit. This includes not just prose fiction, but nonfictional works such as biographies, essays, and memoirs, as well as poetry and plays. In this discussion, we will focus on the authors who produced great stories.

The original creator or writer of a story is considered the work's author. Learning about the author and his or her motivations for creating a story can enhance our appreciation for the tale, as well.

Undoubtedly, many authors created their stories for purely mercenary reasons. Writing stories is a terrific way to make a living for those who have the talent, although writing to feed a market does not always result in great literature. A good deal of the work churned out to fill the pages of pulp magazines. However, even in the cheapest pulps, there were some definite treasures.

We like to imagine that an artist is a tortured soul who yearns to express himself or herself. To be sure, an author needs to put a good deal of personal expression into a story if it is to connect with an audience. If the audience does connect with and appreciates the piece, then the author deserves to be compensated for the work as well as any retelling of the story in other formats, such as comics, film, or on the radio.

A not uncommon practice was for radio producers to seek stories from older literature as long as they were hearing a compelling story. However, there were examples of stories written for Radio which gained their own literary merit.

Lucille Fletcher began as a music librarian, but soon one of her stories would be adapted by Norman Corwin for The Columbia Workshop. She would go on to write "The Hitch-hiker" and "Sorry, Wrong Number", two of the most thrilling stories to ever grace the airwaves and would be adapted into novelizations and film scripts.

Another author who notoriously brought his own life to his writing was Dashiell Hammett whose characters would become more famous than his stories. Hammett, who created such immortals as Sam Spade and Nick and Nora of The Thin Man series, was a Pinkerton Detective before becoming an author and would influence the entire Hard-Boiled Detective genre.

An author needs the support of others in his life to do the work that he does but creating the worlds and characters that populate his stories is a very personal endeavor. The story itself is the most important thing for the audience. However, getting to know the author can make it come alive in a much more real and intensive way.

Spoiler : I learn from doing things more than being taught. The many days at Ogden Park neighborhood library and Chicago’s downtown Public Library were wonderful. Reading has led me to the myriad forms of audio recordings now available. Isn’t it great to live in a computer age as well as still having books available. Authors have reflected the historical, present and ‘future’ history of our world.

Reply
Spoiler : Your dedication to the preservation, sharing, and collection of old time radio is to be commended. What you offer to anyone who remembers this golden age, and who take pleasure in reliving these years of entertainment and information, will certainly thank you as well. We need people like you. Good on you.