America's Greatest Humorist and one of the Giants of American Literature, Mark Twain's stories were a natural for Old Time Radio.

Choose your CD format
or order disks individually: Add to Cart Add to wishlist
Play a sample episode from July 02, 1944: 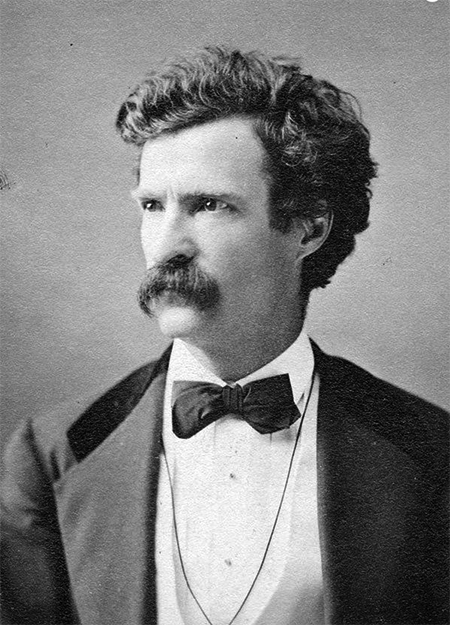 John Clemens probably did not place any significance to the spectacular comet which lit the sky as his wife, Jane, gave birth to his sixth child, a boy they would name Sam, on November 30, 1835. There were other issues to worry about on the banks of Missouri's Salt River. Only four of Jane and John's seven children would survive to adulthood. Like most of the residents of the village of Florida, John was invested in bringing trade to the confluence of the North, South, and Middle forks of the Salt River, nearly fifty miles upstream from where the Salt emptied into the Mississippi. Sam was around five years old when the Clemens' moved to Hannibal, seeking more opportunities.

The great river dominated life in Hannibal, although Sam would develop many happy memories of visiting his uncle's farm back in Florida, Missouri. Missouri fairly crackled with the tensions of the impending War Between the States, especially in a bustling port city like Hannibal, but for a boy like Sam, between the farm and the river, life was a great adventure. Father John had become a judge but passed away when Sam was 11. The boy began apprenticing in the tedious work of typesetter at his older brother's newspaper, and when he was 18, he left Missouri to work as a printer in Eastern cities and joined the newly formed International Typographical Union. He took the opportunity to study in the great libraries, but his boyhood dream of working on the river continued to call.

Sam paid to apprentice with Mississippi River pilot Horace Bixby and eventually gained his own license. When the riverboat's leadsman, a crewman tasked with measuring the depth of water under the boat, discovered that the craft was in two fathoms of water, he would cry out "Mark Twain" to indicate that it was safe for the boat to operate. In time, Samuel Langhorne Clemens would adopt the cry "Mark Twain" as his pen name.

The riverboat business fell on hard times during the War Between the States. Sam Clemens joined a local Confederate unit, but the outfit only lasted two weeks before disbanding and Clemens traveled to Nevada where his older brother had been appointed Territorial Secretary. Sam would be less than successful as a gold or silver miner, but while traveling to Angel's Camp, California, he gathered material for his first successful story, "The Celebrated Jumping Frog of Calaveras County", published as Mark Twain. 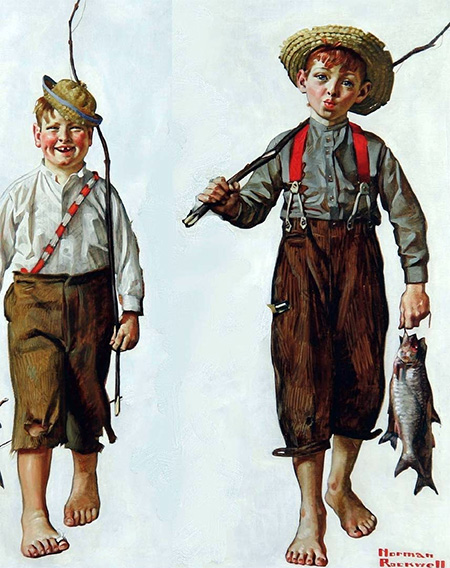 The story's success led to his being hired by a Sacramento paper which sent him to the Sandwich Islands (Hawai'i) and later on a tour of Europe and the Middle East. Twain claims to have "fallen in love at first sight" with a portrait of a traveling companion's sister, Olivia Langdon. Twain and Olivia began corresponding and wed in February 1870, settling in upstate New York and eventually Hartford, Connecticut. While in Hartford, Twain composed some of his most famous works, including The Adventures of Tom Sawyer (1876), The Prince and the Pauper (1881), Life on the Mississippi (1883), Adventures of Huckleberry Finn (1885), and A Connecticut Yankee in King Arthur's Court (1889).

Although his writing was bringing in considerable wealth, Twain invested heavily in the Paige typesetting machine. The machine was a mechanical marvel and could save hours of the printing process but was difficult to keep properly adjusted and before it could be perfected it was replaced by linotype technology. By this time, Twain had invested most of his earnings and a good deal of Olivia's inheritance. The Twain family moved to Europe for a time where Twain wrote and lectured, beginning the road to financial recovery. He embarked on a tour of the British Empire which resulted in Following the Equator (1897), a social commentary in the form of a travelogue which cast light on racism towards blacks, Asians, and indigenous peoples as well as the religious intolerance of Missionary Workers. In addition to profits from the book, the route was selected to allow Twain opportunities to lecture in English.

Mark Twain finally took up residence in Manhattan for the final years of his life. His beloved Olivia passed away in 1904. In 1910, Halley's Comet began to appear in the night sky, the same comet which John Clemens would have seen at the time of his birth. Samuel Langhorne Clemens, Mark Twain, passed away after a heart attack on April 21, 1910, a day after Halley's Comet's closest approach to the Earth.