Choose your CD format
or order disks individually: Add to Cart Add to wishlist
Play a sample episode from September 08, 1964: 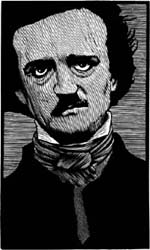 The Black Mass is one of those strange treasures of Old Time Radio. The program came at the very end of the golden age of radio era, produced between 1963 and 1964. Most of the OTR programs we are used to hearing from OTR were from the commercial networks, and their ultimate purpose was to make money for the networks and the sponsors. The Black Mass was a production of KPFA Berkley and the Pacifica Network. Pacifica was the first "Listener Supported" radio network in the US.

Because the Pacifica Network is listener funded, the staff feels obligated to provide the best programing possible for the audience without commercial consideration. Often this leads to very artful programing. (Pacifica was founded in 1946 by pacifist Lewis Hill, dedicated to the preservation of Free Speech and the advocacy controversial programming. It should be pointed out that the network is a lot more notorious for its liberal political stance than note worthy for its quality programing.)

KFPA Drama & Literature Director Jack Nessel came up with the concept for The Black Mass and suggested it to Erik Bauersfeld, professor of aesthetics and philosophy at the California School of Fine Arts. Bauesrsfeld was already reading classic and modern literature over the air and was not immediately enthusiastic about The Black Mass concept. The idea of seeking out tales of the supernatural from authors who were not widely known for writing in that genre eventually won him over. 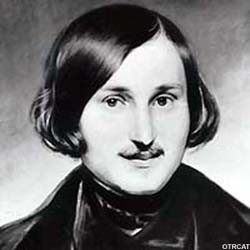 The production was exceptionally well done with relatively primitive, for the time, technology. Bauersfeld first adapted the stories as radio plays; adapting them to a workable length and creating dialog in a dramatic form. KPFA Production Director John Whiting would record Bauersfeld, sometime, assisted by other actors, reading the scripts, and Bauersfeld then took the tapes for editing. After editing, the pair would secure what studio time they could, painstakingly adding music and effects to the voice track. Because they did not have access to multitrack recording equipment, this process could run late into the night.

The result deserves a place among the best of late-night horror radio shows like Quiet, Please, Hall of Fantasy, Mysterious Traveler, The Whistler, Lights Out, or Suspense.

The Black Mass featured adaptations of "Bartleby the Scrivener", Virginia Woolf's "Haunted House", Edgar Allen Poe's "Imp of the Perverse" and "The Tell Tale Heart", "The Outsider" and "The Rats in the Walls" by H.P. Lovecraft, and Gogol's "Diary of a Madman", among others.