One of America's great short stories artists, John Cheever often referred to as "the Chekov of the suburbs."

Choose your CD format
or order disks individually: Add to Cart Add to wishlist
Play a sample episode from May 11, 1956:

John Cheever was one of America's great short stories artists, often referred to as "the Chekov of the suburbs". Like Chekov, Cheever approached the short story craft as an art for which the artist is obligated to suffer. Although this gives the audience terrific literature to enjoy and contemplate, it is notoriously hard on the artist himself. 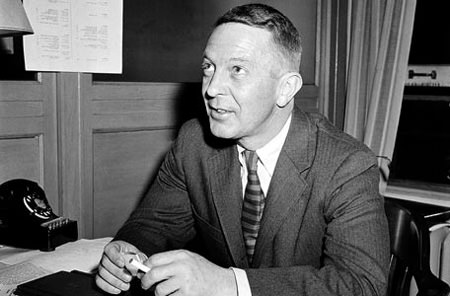 Cheever was the scion of the Quincy, Massachusetts, shoe and textile industry. What should have been an idyllic Victorian upbringing was interrupted when the New England shoe industry began its long decline in the mid Twenties.

Although clearly possessing flashes of genius, Cheever was a rather unruly student, perhaps because of the "abysmal humiliation" he felt for his family's financial straits.

In 1938, Cheever began working as an editor for the Federal Writers' Project, which he considered an embarrassing boondoggle. In 1942 he joined the Army and was assigned to an infantry company. However, his writing talents were recognized by the Signal Corp, who snatched him up before his unit was sent overseas. Although he was embarrassed to have left his buddies before they saw combat, most of his old unit was killed on the beach at Normandy. 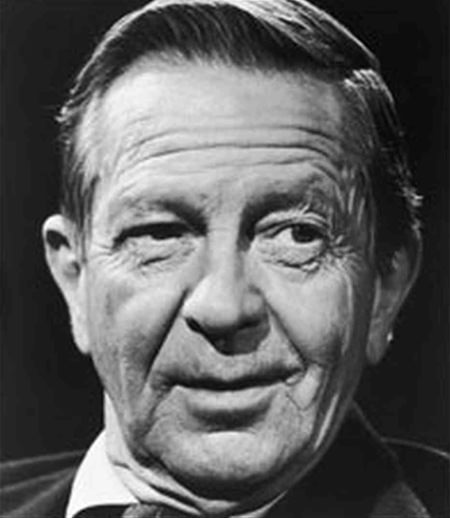 After the War, Cheever would dress every morning in the only suit he owned, leave the family apartment and ride the elevator to the basement. There he would strip to his boxer shorts and write until noon. Although he began to see commercial success in the 1950's, neurosis and alcoholism began to take a toll on his personal life.

Cheever's themes explore the duality of mankind and often express a nostalgic pang for a vanishing way of life. His famous story, "The Enormous Radio", adapted by the CBS Radio Workshop, tells of an apparently successful middle class couple living in a nice twelvth story apartment. Their one passion is listening to great music which makes the demise of their old radio set a tragedy. All is well when the new set arrives, until the rather ugly new radio begins to pick up a mysterious interference. Soon they are troubled to realize that they are hearing the lives in the apartments around them, and being exposed to the problems of others forces them to face their own.

In the NBC Short Story adaptation of "Pot of Gold" a young wife is so full of confidence that her ambitious husband will do well in the New York business world that she doesn't mind the shabby third floor walk-up they are forced to live in. She is content to live on dreams until she befriends a rich man's wife. Envious of her friends glamorous life, she inflates her own station to keep up appearances, all the while waiting for her own husbands big break.

After beating his alcoholism, John Cheever appeared on the cover of Newsweek with the caption "A Great American Novel: John Cheever's Falconer". In 1981, a tumor was discovered on his right kidney and the cancer soon overwhelmed him. The National Medal for Literature was bestowed upon him in April, 1982, just before he passed away on June 18.