Choose your CD format
or order disks individually: Add to Cart Add to wishlist
Play a sample episode from May 21, 1950: 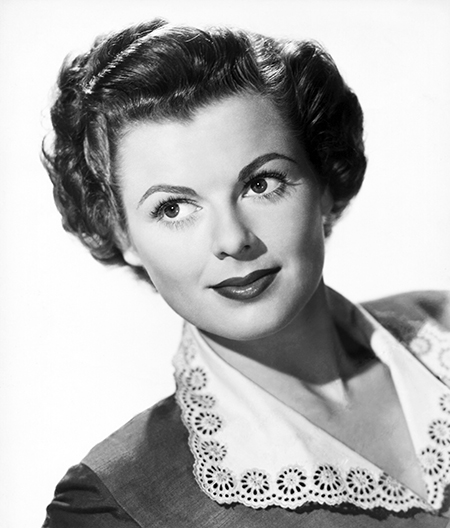 Starting in the late 1950s, wrongly accused good people who were facing capital charges on TV may have been lucky enough to have Perry Mason on their side, and not only would they be cleared, justice would be done when Perry revealed the real perpetrator of the crime. Mason and his secretary Della Street were invented by writer Earle Stanley Gardner, and the author featured the characters in more than 80 crime novels and short stories. The characters and stories were popular enough that CBS Radio had Gardner adapt them to a 15-minute radio broadcast which incorporated elements of Soap Opera and action drama. The radio program aired for twelve years, from 1943 to 1955.

Like they had with many of their other successful radio programs at the time, CBS was anxious to bring Mason to TV, and originally the show was to be a day-time Soap, but Gardner backed out when the network wanted to take the characters in directions he didn't think appropriate (like creating a love interest beyond Della and his work for the lawyer). Development was too far along to completely abandon, so the show was revised to become the long-running Soap, The Edge of Night, airing from 1956 to 1984. In the meantime, Gardner and CBS began to see eye-to-eye and a new version of Perry Mason was created.

First airing in 1957, Perry Mason was the first weekly scheduled hour-long drama on television. Star Raymond Burr had auditioned to play prosecutor Hamilton Burger, but when Gardner saw the actor he declared him to be the embodiment of the Perry Mason character. Actress Barbara Hale got the call to play Della Street, she had been a successful film actress but when she started a family she needed a job where she was less likely to be sent on long location shoots.

Barbara Hale was born in DeKalb, Illinois, 1922, the daughter of a landscape gardener. She graduated high school in Rockford, Illinois, 1940, before attending the Chicago Academy of Fine Arts. Her artistic ambitions were partially sidelined when she took up modeling to help pay for her education. Her modeling for the comic strip Ramblin' Bill brought her a tryout with RKO studio casting director Dick Stockton. 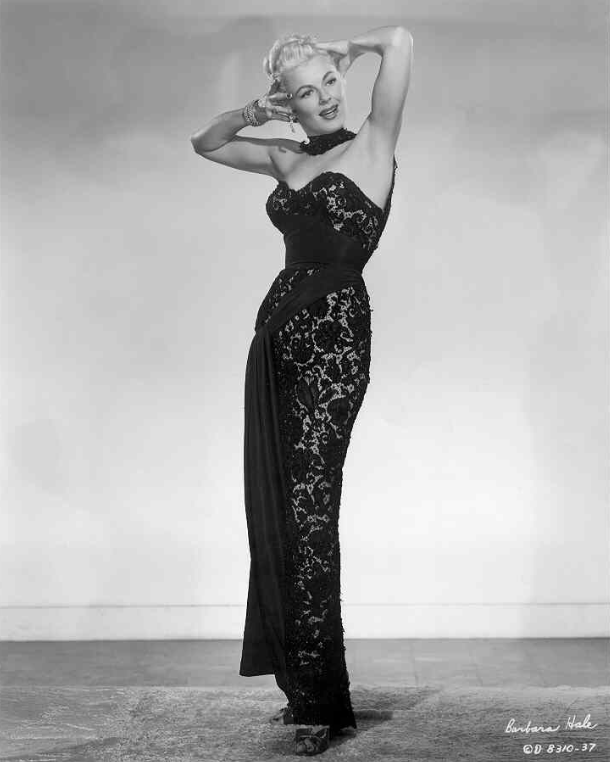 The day after her arrival in Los Angeles, Ms. Hale was sitting in Stockton's office when his phone rang. Looking at her while listening to the receiver, he said, "Yeah… There's a kind in the office right now. I think she'll work." Explaining almost nothing to Barbara, he sent her to wardrobe, makeup, and finally, Stage 6 where she was to speak one line in Gildersleeve's Bad Day (1943) starring Harold Peary. It was only one line, but it meant that Hale was now a professional movie actress. Her first credited role was in Frank Sinatra's debut film, Higher and Higher (1944) and she got to sing with the crooner.

Barbara's first starring role was opposite Robert Mitchum in West of the Pecos (1945, Mitchum's last film before joining the Army). Actor Bill Williams (b. Herman August Wilhelm Katt) played stagecoach driver Tex Evans. Bill and Barbara began dating during the shoot and were married in the summer of 1946. They had two daughters and a son, actor William Katt.

Williams landed the starring role in TV's Adventures of Kit Carson from 1951 to 1955. Barbara continued to advance her film career and made a few annual appearances on the Mutual Network. Her movie resume expanded to include the title role in Lorna Doone (1951), co-starring with James Stewart in the Jackpot (1951), with James Cagney in A Lion in the Streets (1953), and Rock Hudson in Seminole (1953). She had a supporting role to Fred McMurray, Charlton Heston, and Donna Reed in The Far Horizons (1955), which is listed among "the top ten most historically misleading films" (Donna Reed plays Native American Sacagawea!)

When Barbara finished filming The Oklahoman (1957), her children were between 4 and 10-years-old and the thought of being a full-time mother must have been appealing. Her husband's career was beginning to rebound after the cancellation of Kit Carson at the end of the 1955 season when he starred opposite Betty White in ABC TV's Date with the Angels (May 1957-January 1958), however he would turn down the lead in Sea Hunt, the program which would put Lloyd Bridges on the map. 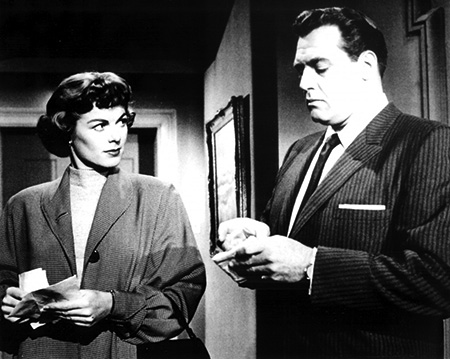 Raymond Burr had been a friend of Barbara's since their days as contract players at RKO. He first read for the part of Hamilton Burger in April 1956. The producers liked him for the show's title role except that he was 60lbs overweight. He went on a crash diet and in August it was announced that he had landed the role. For the rest of her career, Hale would be indelibly linked to Burr and Perry Mason. After the series was canceled in 1966, she became the spokesperson for Amana's Radarange microwave ovens and helped to convince America to buy the cooking system of the future. From 1985-95, Burr and Hale reprised their famous roles for 30 Perry Mason TV movies. Barbara's son William Katt joined the ensemble as private investigator Paul Drake Jr.

Barbara's husband of 46 years, Bill Williams, succumbed to cancer in 1992. Barbara Hale died of chronic obstructive pulmonary disease on January 26, 2017. She was 94. A Star on the Hollywood Walk of Fame was dedicated in 1960 to recognize Barbara Hale's contributions to Television at 1628 Vine St.