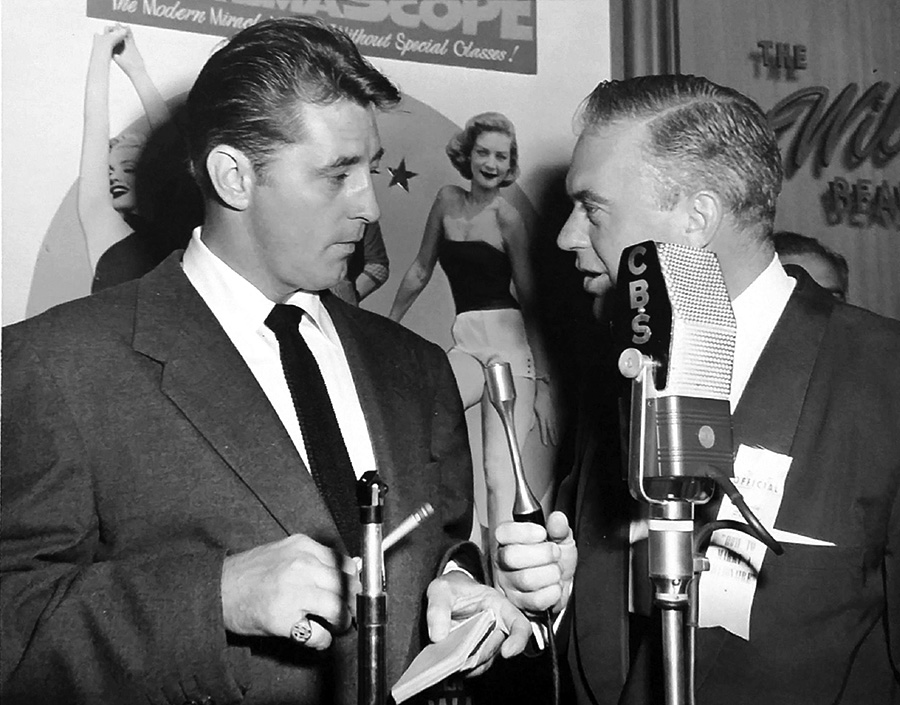 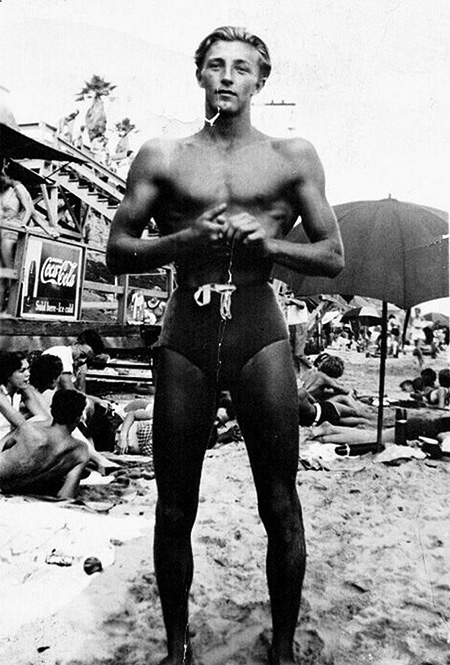 Cool sells movie tickets. Maybe not as many as sex and scandal, but cool seems to attract sex and scandal anyway, so perhaps it is the same thing. The thing with cool is that to be cool you cannot appear as though you are working at being cool, or even admit that you might be cool. Certainly, one of Hollywood's all-time coolest characters, Robert Mitchum, would never admit to being cool, let alone cultivating coolness, but anyone who has seen a Robert Mitchum picture would know they have seen one of the coolest to ever stagger in front of a movie camera.

Mitchum's boyhood antics certainly read like those of a bad-boy in training. Born to devout Methodist parents in Bridgeport, Connecticut, 1917, his father was crushed to death in a railyard accident when Robert was only two. With a daughter three years older than Robert and another son, John, on the way, Widow Mitchum had her hands full despite finding that she was entitled to a pension as a rail worker's widow. Robert, precocious by nature and probably resentful of his mother's new husband, became a true rebel.

After being tossed out of several different schools and shuttled between relatives, he ran away in 1930 to join countless others of the "brethren of the roadways", the growing class of hobos at the beginning of the Great Depression. Accepting whatever work he could find to survive, he worked as a ditch digger for the CCC and boxed professionally. At the age of 14, he was arrested for vagrancy in Georgia and sentenced to serve on a chain gang (Mitchum later quipped that the difference between him and other Hollywood actors was that he had spent more time in jail). He claimed to have escaped, but also incurred an injury which nearly cost him a leg. While recovering at his mother's home in Delaware, he met Dorothy Spence, the young lady he would eventually marry.

That sort of settling down was still years down the road, however. His restless ways soon had him on the rails again, until he made it to Long Beach, California, where his older sister Julie was trying to launch a show business career. For a time, Mitchum supported himself as a ghostwriter for astrologer Carroll Righter until his sister convinced him to join a local theater group. He worked as a stagehand and occasional bit player for the Players guild of Long Beach and also wrote several short pieces which the group performed. He also wrote song lyrics and monologues for sister Julie's nightclub act. Finally feeling some sense of responsibility, he went back East in 1940 to marry Dorothy and promptly brought her out to California. 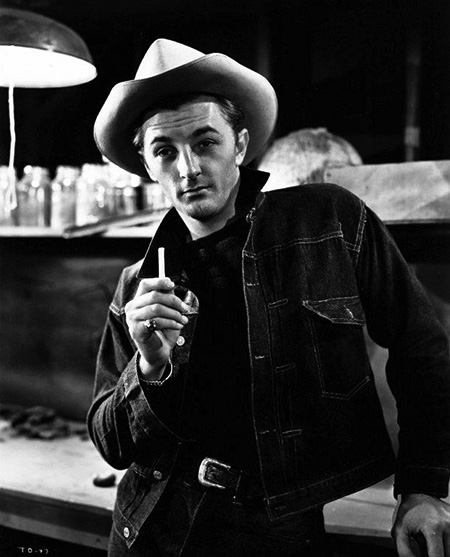 With the arrival of their first-born, Robert got a job as a machine operator at Lockheed. He succumbed to a nervous breakdown due to job-related stress (causing temporary blindness) and decided he was better off trying to find work in pictures, even as an extra. An agent got him an interview with the producer of the Hopalong Cassidy series of B-Westerns, and he was cast as a villain in a few films from the series. He had a small part in Thirty Seconds Over Tokyo (1944) as the pilot who tries to convince star Van Johnson's character to sit the mission out because he is a newlywed with "too much to lose".

Director Mervyn LeRoy was impressed enough that he convinced RKO to offer Mitchum a seven-year contract. Mitchum found himself being groomed for a series of B-Westerns but was loaned to United Artists for The Story of G.I. Joe (1945), which garnered his only nomination for Best Supporting Actor (the Oscar went to James Dunn for A Tree Grows in Brooklyn).

Mitchum's anti-hero reputation was built in a series of noir films for RKO, including When Strangers Marry (1944), Undercurrent (1946), The Locket (1946), Pursued (1946), and Crossfire (1946). His Hollywood bad boy reputation was cemented when he was arrested in 1948 for possession of marijuana while in the apartment of a starlet who was not his wife. Surprisingly, while David O. Selznick and the rest of the RKO brass did not rally to their Star's defense, they declined to throw him under the bus. Mitchum published an eloquent apology (probably at the insistence of the studio publicity department, who may have written the apology) in the pages of Photoplay magazine and served his time in the L.A. County jail and the Castaic prison farm where Life photographers showed up to snap photos of the shamed star in prison uniform.

The gossip columnists believed that Mitchum's career was over, but the studio stood by him. The thought that a Star could be involved in a narcotics bust only intensified Mitchum's bad-boy image, and he was working on a new film the week after being released. His conviction was later overturned when it came to light that the bust was a case of entrapment. His films released immediately after he left the penal system, Rachel and the Stranger (1948), The Red Pony (1949), and The Big Steal (1949) all did well at the box office. 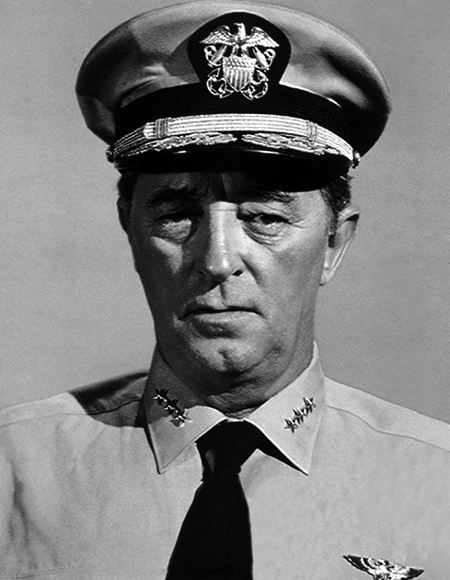 He kept his bad boy reputation around Hollywood and may have even cultivated it. John Wayne's production company, Batjac, cast Mitchum as the sea captain imprisoned by Chinese communists in Blood Alley (1955) but he was fired after tossing the pictures transportation coordinator into San Francisco Bay on the third day of shooting (a car was not sent for him after a hard night's drinking). When Humphrey Bogart's fee for taking over the role was too high (Lauren Bacall co-starred in the film) the Duke stepped in, but the film was only moderately successful. Years later, when Mitchum went to visit his son on the set of Rio Lobo (1970), director Howard Hawks tried to convince him to reprise his role as a drunken sheriff, but Mitchum countered that he was retired. John Wayne replied, "Mitch has been retiring ever since the first day I met him."

Perhaps following Wayne's lead in Batjac, in 1955 Mitchum formed DRM (Dorothy and Robert Mitchum) Productions. The second film the company produced turned into a labor of love for Mitchum, Thunder Road (1958), a story about moonshine transporters in Tennessee. Mitchum not only produced and starred in the film, he co-wrote the script and is said to have directed many of the sequences.

Although advancing in age, Mitchum put in a credible performance as career naval officer Pug Henry in the 1983 big-budget mini-series The Winds of War. He was asked why he took on such an arduous project at the age of 65, he quipped that it promised a year of free lunches.

Mitchum continued to work until the end of his life, although some of the projects became drearier. Years of heavy smoking took its toll, and he succumbed to emphysema and lung cancer on July 1, 1997, just weeks before his 80th birthday. There was no memorial service in accordance with his wishes, his ashes were spread by his wife Dorothy and good friend Jane Russell.

The American Film Institute's list of "100 Years…100 Stars" lists Robert Mitchum as the 23rd greatest male star of Hollywood's Golden Era. A Star on the Hollywood Walk of Fame at 6238 Hollywood Blvd honors contributions to Motion Pictures by Robert Mitchum.