After winning a trophy for Americas' Fattest Baby, Lloyd Bridges grew up to become one of Hollywood's most respected tough guys and he helped bring the sport of SCUBA diving to the mainstream on the show Sea Hunt.

Choose your CD format
or order disks individually: Add to Cart Add to wishlist
Play a sample episode from July 05, 1958:

"Suspense - Rub Down And Out" 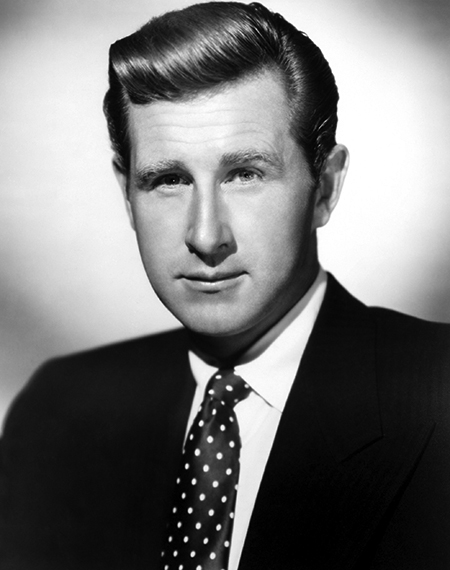 Considering that former President Howard Taft awarded his parents with a trophy soon after he was born for "The Fattest Baby in America", Lloyd Bridges managed to grow up to become one of Hollywood's great "he-man" character players. Unfortunately, about the time he was ready to make the transition to leading man roles, his career was temporarily derailed by the attention of the House Un-American Activities Committee. However, this setback put him in position to move into television and the role which would define him for the rest of his career.

Bridges was born in San Leandro, California, to Lloyd Sr and Harriet who were in the hotel business. Lloyd Sr had worked in silent pictures and owned a movie theater for a while. He wanted his son to become a lawyer, but as happens so many times, the acting bug bit Lloyd Jr while he was studying at UCLA. Not that his time at UCLA was completely wasted, Lloyd met Dorothy Simpson, who would be his wife of 60 years and matriarch of the Bridge's acting family.

Dorothy and Lloyd moved to New York to pursue stage acting careers, and helped to establish one of the earliest "off-Broadway" acting companies. Lloyd's Broadway debut was in the 1939 production of Othello, which was seen by Columbia Pictures scout Sidney Buchman who offered Lloyd a $75/week contract. "To get their money's worth out of me, they'd put me in two or three pictures a week" he related. This meant he got to work with some of the top stars in the industry, including Ronald Colman, Humphrey Bogart, and Cary Grant, "they were real stars." A lot of Lloyd's work was in Westerns, including Gary Cooper's treacherous deputy in High Noon (1952) and with Lee J. Cobb in The Tall Texan (1953). Soon after completing the film, HUAC began harassing Cobb, who was eventually forced to "name names". Bridges was one of those he was forced to toss under the bus.

Lloyd had been a member of the Actors' Laboratory Theatre, which Hedda Hopper had denounced for their stand against racial segregation. The group was alleged to have ties to the Communist Party, but the F.B.I. eventually cleared Bridges and several others. While recovering from this career set-back, Ivan Tors approached Bridges about appearing in a new kind of TV program, one where many of the scenes took place underwater. 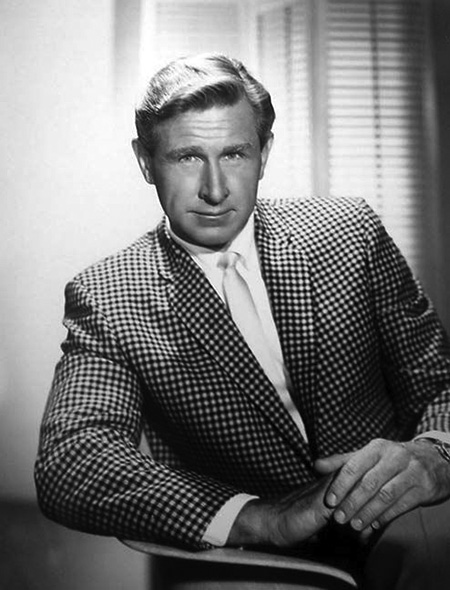 The modern sport of scuba diving owes a great deal to television, partly thanks to the beautiful programs from the National Geographic Society and Captain Jacques Cousteau, inventor of the Aqualung. The program that really introduced diving to mainstream America was the syndicated Sea Hunt starring Lloyd Bridges from 1958-1961. The biggest concern before production began was whether there would be enough story material. More than 155 episodes were made, and there was serious discussion of extending the series for a fourth season. Bridges insisted that the program begin to focus on some of the environmental issues facing the oceans which were becoming obvious to divers and others who work near the sea. However, since the program received major sponsorship from the oil industry, the changes were not put into effect.

While working on Sea Hunt, Bridges was too busy to actually learn how to dive himself. As soon as the production ended he got his certification and took his family on diving vacations to the Caribbean and Hawaii. While visiting Hawaii, the commander of the Navy's Underwater Demolitions Team (precursor to the Navy SEALs) asked Bridges to inspect some of the dive equipment the Team was buying. The Commander simply could not accept the notion that Lloyd Bridges was not an authority on scuba diving.

Sons Jeff and Beau Bridges both got their acting starts on Sea Hunt, and went on to become A-list actors in their own rights. Lloyd was 67 (although he appeared much younger thanks to an intensive physical regimen) when he got the call to spoof his he-man image in Airplane! (1980), Hot Shots (1991) and Hot Shots Part Deux (1993).

Lloyd Bridges died of natural causes on March 10, 1998, in Los Angeles. He was 85 years old, and his last two pictures, Meeting Daddy and Jane Austen's Mafia, were released the summer after his death.

A Star on the Hollywood Walk of Fame at 7605 Hollywood Blvd honors Lloyd Bridges' contributions to Television.