Nuremberg Trials signaled the end of the Nazi regime, Operation Diana signaled the beginning of the space race, and the Baby Boom signaled a new generation of history makers. 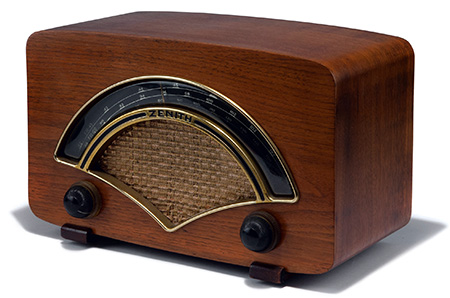 The generation of men who had answered the call of the nation during the War was now home or on their way home to make the transition from being servicemen to veterans. More than a few of these men who had survived the War returned with injuries which would take years to fully recover from and others would have trouble adjusting to the routine of post-War society, but the vast majority were fit, well fed, trained to accomplish great things, and had gained a degree of sober maturity and sense of mission which comes from service in the military.

The economy was poised on the cusp of a huge post-War boom. Many industries and companies were in a transition phase between Wartime and peacetime operations but the first rumblings of the coming boom could be felt as America was getting ready to become a consumer society. The sense of giddy optimism over the economy was also reflected in a spike in marriage rates. Part of this was due to the pent-up passions of young people who had been separated by the War, and naturally, once they were legally wed many of them did what passionate young people do in the privacy of their own bedrooms, touching off the Post-War Baby Boom. 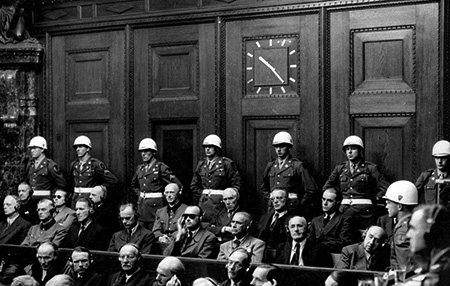 The highest levels of leadership were still tying up the loose ends from the War. One of the first to be dealt with was the establishment of the United Nations whose mission would be to prevent a global war from ever happening again. The General Assembly met for the first time in London on January 19, and the Security Council met a week later. The previous League of Nations, formed in the aftermath of the First World War, dissolved itself in April and turned its duties and assets over to the UN. Two important agencies of the UN are the United Nations Educational, Scientific and Cultural Organization (UNESCO), formed on November 4, and the United Nations Children's Emergency Fund established on December 11.

The Nuremberg Trials against Nazi War Criminals began in November of 1945 and would close on October 1. The Tokyo War Crimes Tribunal convened on April 29 and would not adjourn until November 1948. The eleven Nazis who were sentenced to death were to be hanged in the gymnasium of the Nuremberg Palace of Justice, but just two hours before his sentence was to be carried out, Gestapo founder Hermann Göring committed suicide in his cell. The decision was reached that the executions would be made using the standard drop rather than the long drop method. 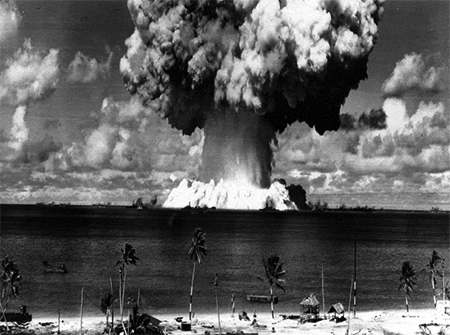 Although conventional forces were beginning to draw down after victory in the War, America began to lean more heavily on atomic weapons as the backbone of her security structure, although there was still a good deal to be learned about the weapons and how to use them. Operation Crossroads was to be a series of atomic test detonations at Bikini Atoll, a remote island group in the Marshall Island Group of the South Pacific. The first detonation, Test Able on July 1, used a bomb nicknamed "Gilda" for Rita Hayworth's "bombshell" character. Neither Miss Hayworth nor her husband Orson Welles were amused.

On July 5, Parisian auto mechanic and part-time lingerie store operator Louis Réard first displayed his revolution in women's swimwear, constructed from four triangles of fabric totaling less than 30 square inches of fabric. Réard was unable to find an established model willing to wear his creation in public so he hired an exotic dancer from a local casino. Another French designer released what was advertised as the "the world's smallest swimsuit" called "the atom", but Réard's creation was much smaller and so "explosive" that he named it the Bikini because of the atomic tests. 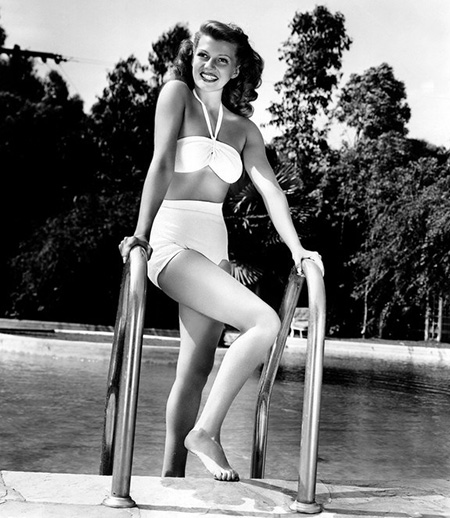 The power of the atomic bomb still paled in comparison to the power of Mother Nature. On April 1, an 8.6 magnitude earthquake shook the Aleutian Islands. Although the quake had little effect on the Alaskan mainland, it triggered a Pacific-wide tsunami which reached heights of 45-130 feet. Between four and five hours after the tremor, the tsunami wave reached the unsuspecting Hawaiian Island, killing 159 people.

Science continued to advance in man's desire to understand and overcome the forces of Nature. On January 10, technicians from the Army Signal Corp project a radar beam toward the moon, accurately measuring the distance from the Earth to the lunar surface for the first time. The event will be hailed as the opening of the space age. The Bell XS-1 rocket plane gets it first test flight on January 16. The Electronic Numerical Integrator and Computer (ENIAC) is introduced on February 14, the ENIAC has been in service for some time, used to calculate artillery ballistic tables and perform calculations for the Manhattan project but this is the first time the public sees what the press calls a "giant brain".

On October 24, a V-2 rocket which had been assembled by General Electric workers from parts captured in Germany at the end of the War is launched to an altitude of 65 miles above New Mexico's White Sands Missile Range, rather than an explosive warhead this V-2 carries a camera which will expose a frame of film every half second. The rocket and camera were destroyed when it impacted the Earth, but the film cassette survived, yielding the first photographs of the Earth from Space. 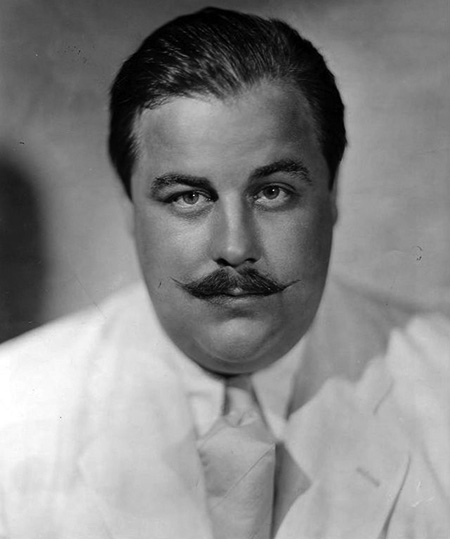 By the end of the War, radio had become a fully matured media which helped to keep the nation united in times of crisis and in victory. Reports coming over the radio would never be as detailed or complete as in newspaper of magazines, but the coverage was immediate, heartfelt, and usually comforting to people far from the front lines or the centers of power. Radio as a pure entertainment source was reaching its high point. There was development work being accomplished for something called television, but the notion of pictures with radio stories was still laughably remote to both sponsors and audiences. A continuing program trend is the popularity of "hard-boiled" detective dramas which seem to be a hit with returning vets who miss the excitement of military life, The Fat Man, The Adventures of Sam Spade, and Danger Dr. Danfield all premiere on ABC while Mutual gives us Let George Do It and Crime Club. Quiz shows are rising in the ratings as well, with Twenty Questions and Winner Take All debuting. The Birdseye Open House variety program starring Dinah Shore is canceled on CBS but Dinah is back in the fall using essentially the same format for The Ford Show on NBC.