Capital punishment was the Law of the Land for centuries including the wild west.

Choose your CD format
or order disks individually: Add to Cart Add to wishlist
Play a sample episode from February 22, 1958:

In ancient times, before the rise of the penitentiary system, death was the sentence imposed for most crimes against the state, often an ugly death involving torture. These methods could include impaling, drawing and quartering, stoning, keelhauling, or burning at the stake. The idea was to not simply kill the offender, he was made to suffer for his crimes. Often, the execution was as much a demonstration of the State's power as punishment. 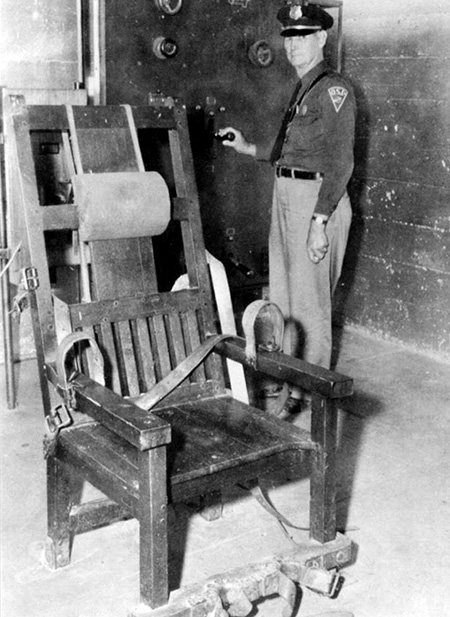 The United States was formed during the Enlightenment Period when States were adopting the concept of natural and legal rights. Influenced by the Pennsylvania Quakers, the penitentiary system was widely adopted in the new nation. The idea was that offenders should be allowed to endure a period of "penance" under State supervision; after they had paid their debt to society they would be released as reformed individuals. This follows the Constitutional restriction against "cruel and unusual punishment." However, there were still capital offenses, including the most serious crimes such as murder, rape, or treason against the Nation. The Supreme Court of the United States declared the death penalty unconstitutional in 1972 under the Eight Amendment restriction against cruel and unusual punishment but reversed the decision in 1976.

For centuries, executions were often public, the spectacle adding to the humiliation of the condemned and perhaps acting to deter the populace against crimes against the state. The deterrent effect of capital punishment has since come into question. The invention of the guillotine during the French Revolution was part of a trend to make state executions more "humane" under the premise that an instantaneous death was painless and thereby more merciful. The practice of hanging typically resulted in a lingering death through strangulation but was modified in the 1870s to the "long drop" method which would ensure dislocation of the neck bones to sever the spinal cord to induce instantaneous death.

In the early Twentieth century, American inventors experimented with the use of electricity for execution. During the "Current Wars" between Edison Electric and Westinghouse, Thomas Edison promoted alternating current as the most efficient means of carrying out a death sentence. This had the added effect of stigmatizing the form of current proposed by his rival. Both electrocution and gas chamber executions fell out of favor aw it was evident that the condemned often suffered during the process.

Most contemporary executions are conducted via the lethal injection method where a series of chemicals and poisons are injected into the condemned person's bloodstream, mitigating suffering by inducing unconsciousness before death. Lethal injection is a highly technical process that is often botched causing undue suffering. The ultimate finality of capital punishment makes it impractical for executioners to "practice" in order to attain proficiency in their art.