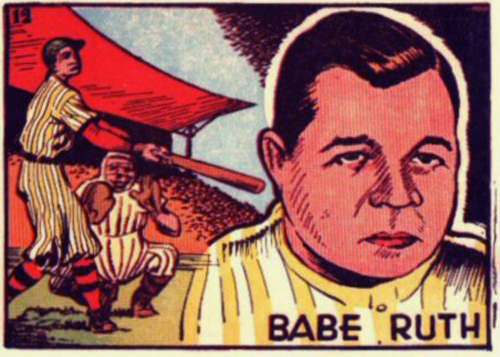 The first baseball game was played in 1846 between the Knickerbocker Club of New York City and The New York Nine. By the time the Civil War ended, the game had gained in popularity and was well on its way to becoming the National Pastime.

The first professional team, the Cincinnati Red Stockings, was formed in 1869. By 1876, sixteen pro teams formed the National League. That's the same year Custer fought his last stand at Little Big Horn. We don't often connect baseball with the Wild West, but it actually wasn't unusual for professional teams to barnstorm from town to town, taking on the local amateur clubs. 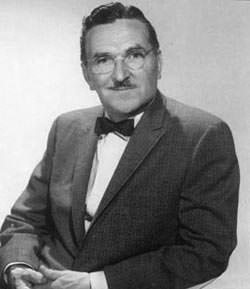 That's the situation we find in the August 2, 1959 episode of Gunsmoke, titled "Ball Nine, Take Your Base." A pair of murderous gamblers keep Matt Dillon busy, but this entertaining episode also reminds us that the rules of the game were still evolving throughout the 19th Century. There's a scene in which Doc Adams, who has been selected umpire, is meeting with the two team leaders to finalize the rules. One of the managers is shocked at the idea of a batter being allowed to take first base after only nine balls, asking "Doesn't that make it hard for the pitcher?"

Gunsmoke:
Ball Nine Take Your Base 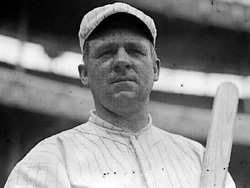 Old Time Radio returned to baseball many times for both comedy and drama. Often, the colorful lives of real-life players provided plenty of storytelling fodder. The Cavalcade of America presented us with the story of John McGraw, the quick-tempered tyrant who managed the New York Giants for thirty years. ("The Great McGraw"--4/15/1946)

Cavalcade of America:
The Great McGraw Destination Freedom did an imaginative and entertaining biography of Satchel Page, a star of the Negro Leagues and perhaps the best pitcher in baseball history. The episode smoothly combined both spoken narration and song to tell the story of a man who "struck out so many men the outfielders were scared they be jailed for vagrancy, loitering around the ballparks with nothing to do." The story milks a lot of drama out of Page's quest to strike out Josh Gibson, the best hitter in the Negro Leagues, and Page's later efforts to get signed with a Major League team. On October 4, 1943, The Lux Radio Theater gave us an adaptation of The Pride of the Yankees, which recounted the tragic but inspiring life of Lou Gehrig. Gary Cooper reprised his Oscar-winning performance for the broadcast.

Lux Radio Theater:
The Pride of the Yankees

Baseball remained our nation's most popular sport throughout most of the 20th Century and pretty much every long-running show on radio touched on the subject from time to time. In fact, if you were to judge from the crime and mystery shows, you might come to the conclusion that it was impossible to attend a baseball game without stumbling over a dozen or so gamblers and killers. 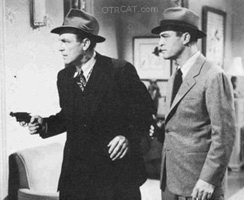 Boston Blackie dealt with crime on the baseball diamond at least twice. The April 14, 1946 episode had him investigating the murder of a player who was shot while sliding into second base. A year later, on April 29, 1947, the murder of a gambler drew Blackie into a plot involving a player who had a lot of slugging power but very little brain power: the villains were using him as a patsy for their nefarious scheme. 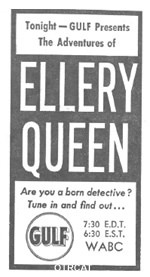 Ellery Queen investigated the inexplicable disappearance of a baseball player's lucky bat on the eve of the World Series. In this April 3, 1957 episode, the key to solving the crime was figuring out how the bat was stolen, which in turn would put the finger on who stole it.

The Saint spent his September 3, 1950 episode looking into the possibility that an up-and-coming minor league pitcher might be on a gambler's payroll. 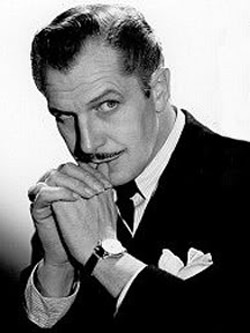 Before long, the Saint is knocked out and someone is murdered. But that's pretty much a typical day in the life of Simon Templar and he both fingers the killer and gives the pitcher a chance for redemption before show ends.

On June 26, 1946, The Damon Runyon Theater told the story of "Baseball Hattie," the wife of a pitcher who falls back into a wild lifestyle and soon wracks up a lot of gambling debts, leading to an offer to throw a game. But Hattie loves baseball as much as she loves her wayward husband and will take drastic action if necessary to keep him from shaming the game.

Heck, even the Devil himself tried to horn his way into the national pastime. The June 15, 1946 episode of Family Theater presented us with Jack Webb as a mysterious baseball scout who tries to convince an idealistic young pitcher that the only way to get to the Major Leagues was to play dirty and think only of himself.

But not all baseball stories on radio were dripping with blood or potential corruption. On April 17, 1948, Favorite Story did a wonderful adaptation of the poem "Casey at the Bat," in which the star of the Mudville team is given a back story that gives the events of the poem an entertaining context. The Columbia Workshop took the field on several occasions, including "The Day Baseball Died" (9/28/1946) in which a pitcher comes up with an unhittable pitch, sparking a debate over whether the game can survive this innovation.

And "You Can Look It Up" (7/7/1957) was an adaptation of James Thurber's humorous short story about a manager that sends a midget to the plate, hoping to draw a walk. All the midget has to do is NOT swing at a pitch so what could possibly go wrong?

CBS Radio Workshop:
And You Can Look It Up 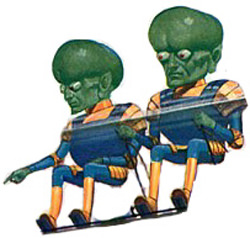 Thurber wrote the short story in 1941 and proved to be prescient. In 1951, the St. Louis Browns really did send a midget named Eddie Gaedel to the plate in hopes he'd draw a walk. He did and was then replaced by a pinch runner, ending a very short but unique Major League career.

Radio looked to the game's future when X Minus One gave us "Martian Sam" (4/3/1957), about the first non-human player in the game's history: A Martian with a very long arm who can strike out every batter he faces. Or he can at least until a rival team sends to the plate a Venusian with a certain physical advantage of his own.

X Minus One:
Martian Sam 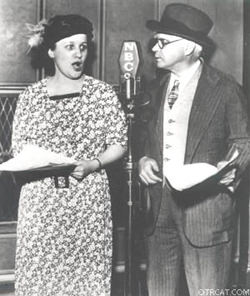 Radio's best comedies often used baseball as fodder to generate laughs. On May 21, 1946, we find out that Fibber McGee once had a fastball that "fanned more men than Sally Rand." But now, as he gets ready to return to the mound for a local game, it seems that he's lost his stuff. Fortunately, he has a wife who's smarter than he is and Molly spots the problem in time to save the day.

On October 13, 1940, a World Series bet between Jack Benny and Phil Harris became a hilarious running gag throughout the episode.

And The Great Gildersleeve spent his April 7, 1948 episode stuck with the job of finding land for a kid's ball field after he accidentally pitched a baseball through the windshield of the mayor's car.

Madison High School, where Our Miss Brooks often clashed with the penny-pinching principal, suffered yet another financial crisis on March 26, 1950, when the school couldn't afford uniforms for the baseball team. This interfered with Miss Brooks plans to woe Mr. Boyden, the romantically impaired biology teacher, by taking him to the big game. 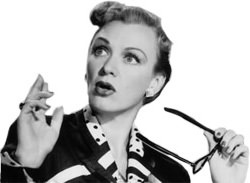 Miss Brooks figured "If he spends enough time looking at curves and watching fellows trying to get to first base, it might give him an idea." But conflicting plans by Miss Brooks,Mr. Boyden, Principal Conklin and student Walter Denton to raise the needed money lead to chaos and her romantic plans crash and burn yet again.

Baseball has a rich and colorful history, full of drama, excitement, and humor; populated by players with unique and often exuberant personalities. America wouldn't be America without nine men out on the diamond, a batter at the plate and an umpire yelling "Play ball!" It's no wonder that the best old time radio shows turned to the sport again and again.

Be the first to comment on "Baseball in Old Time Radio"