This Is Paris: The Maurice Chevalier Show

French Broadcasting System, the RTF or Radiodiffusion-Television Francaise, wanted to put together a program for American audiences to attract American tourist dollars and post-WWII sympathies

Choose your CD format
or order disks individually: Add to Cart Add to wishlist
Play a sample episode from August 11, 1949:

The War had ended. Sailors were kissing nurses in the middle of Times Square. America had grown up a good deal since the beginning of the decade and was poised on the edge of a period of an unprecedented postwar economic boom. The great cities of Europe were still trying to recover their former glory. American tourists, whose country had done so much to save those cities, were eager to capture some of the romance of the Old World.

The French Broadcasting System, the RTF or Radiodiffusion-Television Francaise, wanted to put together a program for American audiences. It was to be a program which would attract, if not American tourist dollars, at least American sympathies. That program would be the syndicated This Is Paris, also known as the Maurice Chevalier Show. 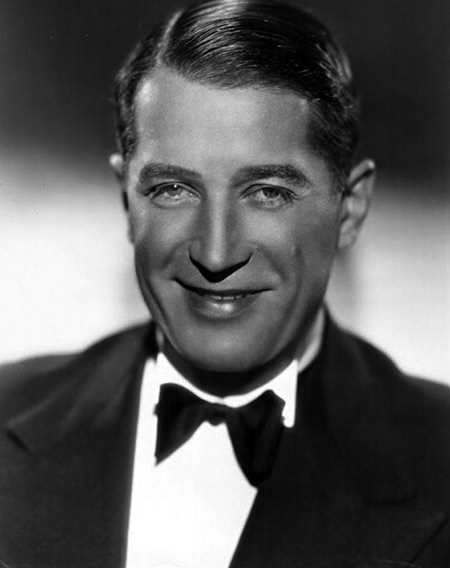 The program was to be syndicated in US markets. Unlike syndicated programs recorded in the US, This is Paris did not use a musical interlude to give space for local sponsor messages and station identification. Instead, there was simply dead air in those portions of the program.

The first broadcast of the series is prefaced: "Our entire production company has been flown overseas from Hollywood". Of course, this was not the major undertaking that flying a motion picture production company would have been, as the show took advantage of local talent and facilities whenever possible.

The announcer was Jack Narz. Early in his career, Narz was one of the narrators for The Adventures of Superman. Later, he was notable as one of the hosts to come through the TV quiz show scandal with a good reputation. The house orchestra for This is Paris was led by Paul Baron. Although Baron was one of the lesser known names of the Big Band Era, he was one of the most successful. Rather than build a following in dancehalls and nightclubs, Baron kept his outfit in the studio where they played for some of the hottest singers of the era.

The centerpiece of This is Paris was showman Maurice Chevalier. Chevalier had been a popular singer and dancer on the Parisian circuit before the First World War. He was on the front lines during the Great War where he was injured and captured as a POW. He was eventually released through the intervention of King Alfonso XIII of Spain, who was a fan.

After the War, Chevalier discovered Jazz and began to consider a tour of the US. When Douglas Fairbanks was honeymooning in Paris with Mary Pickford, they tried to convince him to do movie work in Hollywood, but Maurice resisted, thinking he would not do well in silent pictures. After talkies became the rage, Paramount was eager to recruit him, and he went on to become one of the most recognized actors in Hollywood. In the late 1930s, he returned to Paris to perform in several revues. This is where he was when the Nazis entered Paris.

The Nazis tried to take advantage of Chevalier’s popularity by asking him to perform in Berlin and on the propaganda station Radio Paris. He refused, but he did agree to sing at the same POW camp where he had been interred during the First War. In exchange, ten prisoners were liberated. When Paris was liberated in 1944, Chevalier was accused of collaboration. He was acquitted by a French court, but the stain on his reputation made it difficult to obtain a visa. He also marched in a Parisian pro-Communist demonstration in 1944, so with the rise of McCarthyism he was effectively persona non grata in the US.

By 1954, McCarthyism had died down and Chevalier was again welcomed in America. He appeared in several films and on TV, taking advantage of his reputation as a "French Lover". His last film work was to provide the title tune for Walt Disney’s The Aristocats (1970). Maurice Chevalier passed away in Paris on New Year’s Day, 1972. He was 83.