Began working with his brother as a circus acrobat to support his family, French revues and his way with the ladies gave him is start in entertainment.

Choose your CD format
or order disks individually: Add to Cart Add to wishlist
Play a sample episode from May 21, 1947: 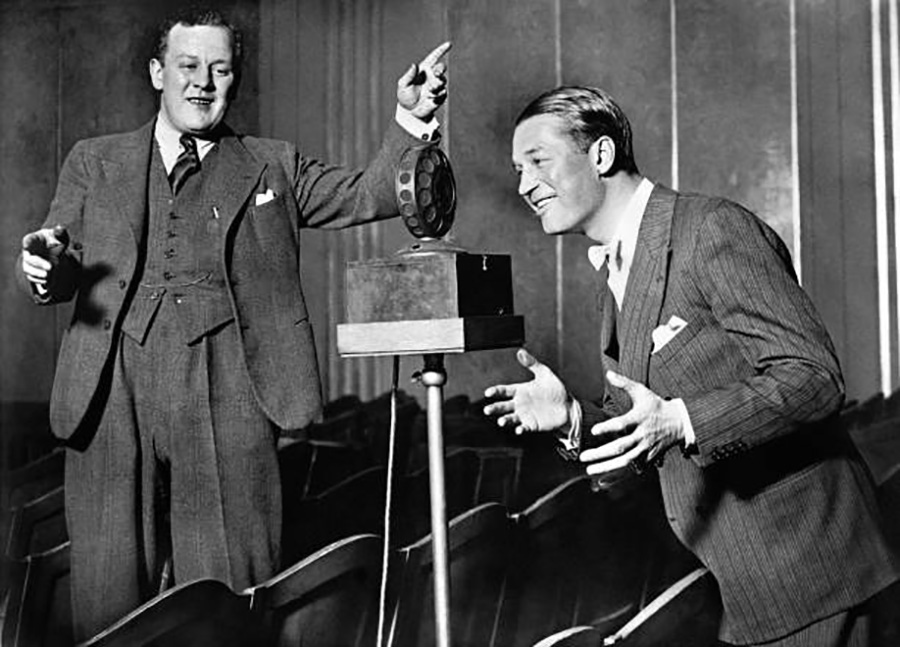 Nothing could make an American girl swoon like a dose of suave Continental charm, at least, Hollywood wanted to believe it.  Deserved of not, Frenchmen had a reputation as the greatest lovers in the world, and Hollywood would never back down from the notion that sex sells. This situation worked right into the hands of the son of a Parisian house painter who would take the screen by storm, Maurice Chevalier. Born in Paris, 1888, Maurice was the youngest of nine children. His father was a drunkard who had trouble keeping steady work and eventually left his wife and children, forcing Maurice to drop out of school to help support his mother. For a time he worked with an older brother as a circus acrobat but had to drop out after an injury. Unpaid at first, Maurice began singing in cafes for tips. He made friends in the Parisian theater community who brought him into contact with Fréhel, one of the biggest stars of French revues in 1909. The professional relationship became romantic as well, but Maurice left her in 1911 as her problems with alcohol and drug abuse became apparent.

Chevalier then partnered with dancer Mistinguett at the Folies Bergère. The 36-year-old had been the highest paid female entertainer in France and had entranced men from across Europe. She apparently found her new partner just as entrancing, even though Chevalier was 13 years younger than she was. The partnership temporarily broke up when Maurice was called up for national service and sent to the front lines in 1914. Chevalier was injured by shrapnel and captured by the Germans in the early weeks of the Great War. He learned English from the English soldiers in the same POW camp, and after two years of internment, he was released through the intercession of King Alfonso XIII of Spain, an admirer of Mistinguett's.

Maurice became very popular with American and British servicemen while performing at the Casino de Paris in 1917, and the Americans turned their new friend onto Jazz. He began headlining the Palace Theatre in London, although he continued to sing in French. Returning to Paris after the War, he displayed a roguish charm, appearing in a tuxedo and a straw boaters hat. He made a few films, and when Douglas Fairbanks came to Paris on his honeymoon he offered Chevalier a part in Mary Pickford's next picture. Maurice declined, the reception to his previous films showing that he was not popular in silent films. However, he did travel to America about the time talkies burst onto the scene and he appeared in the American musical Innocents in Paris (1929). He made a series of pictures with songstress Jeanette Macdonald, beginning with The Love Parade (1929). Chevalier was quite taken with her and pursued her off the set but Jeanette spurned him, calling him "the quickest derrière pincher in Hollywood". 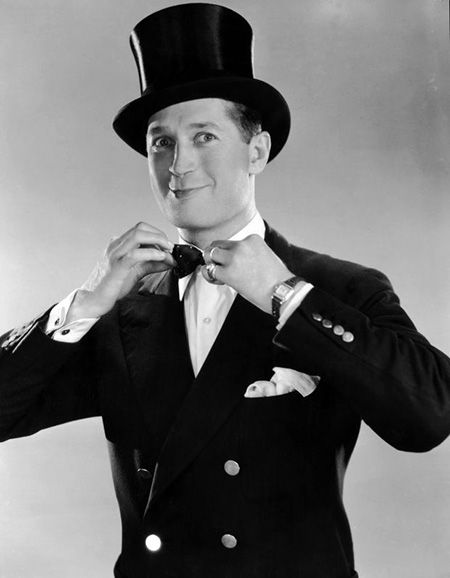 After several Hollywood triumphs, Chevalier returned to Europe in the late Thirties, renewing his stage career while appearing in movies in England and France. His was appearing in a revue at the Casino du Paris when France fell to the Nazis. He was invited to perform in Berlin on several occasions but he refused. He was convinced to perform at the same POW camp where he had been interred during the First War, which led to the release of several prisoners but also resulted in accusations of collaboration. Chevalier was cleared of the charges by a French court after the War, but he had trouble regaining his visa to the United States for the next decade. His status in McCarthy-era America was further exacerbated when he joined a number of artists and scientists in signing the Stockholm Appeal, a call for a ban on atomic weapons which was later revealed to have been instigated by communist organizations.

When McCarthyism finally faded in the mid-Fifties, Chevalier mounted a very successful US tour in 1955. After nearly a two-decade absence from Hollywood, he appeared in Love in the Afternoon (1957) with Audrey Hepburn and Gary Cooper. He followed up with the musical Gigi (1958) starring with Leslie Caron. Chevalier made several more pictures and made his farewell concert tour in 1967. He was coaxed out of retirement to sing the title song for Disney's The AristoCats (1970), which would be his final Hollywood project. Maurice Chevalier passed away in Paris on January 1, 1972, at the age of 83. A Star on the Hollywood Walk of Fame at 1651 Vine St is dedicated honoring Maurice Chevalier's contributions to Motion Pictures.

For more French entertainment, see also: This is Paris and Paris Star Time. 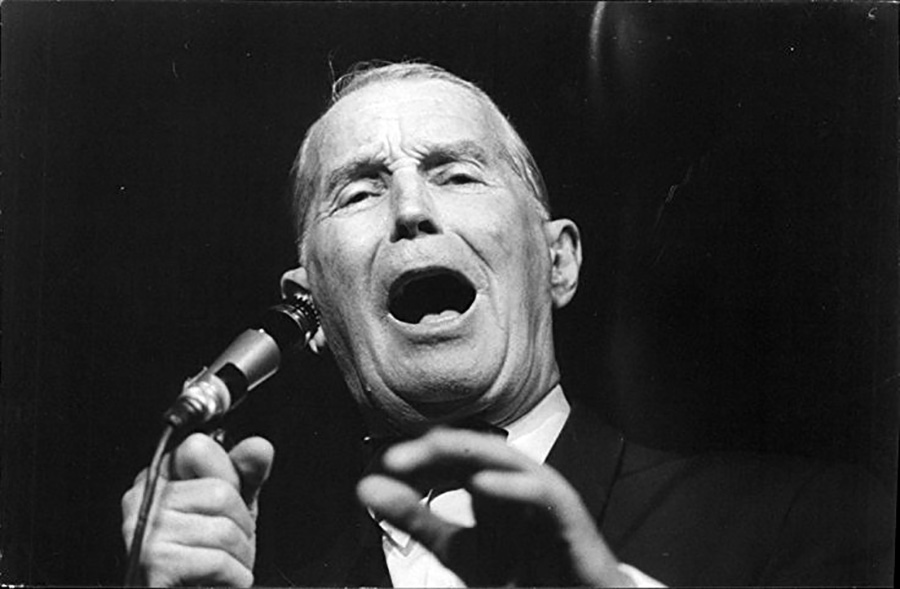