Economic and social conditions in post-WWII France were not as bad as they could have been, but they were far from good. As they had been after the Great War, the French people found that they were on the winning side. However, they were very much a divided nation. The capitulation and collaboration of Vichy was a sore point for many, especially supporters of de Gaulle’s Free France. There is an impression, especially from the U.S., that France simply rolled over in the face of Nazi aggression. The 290,000 French soldiers who were killed or wounded in the six weeks before the fall of Paris would disagree. 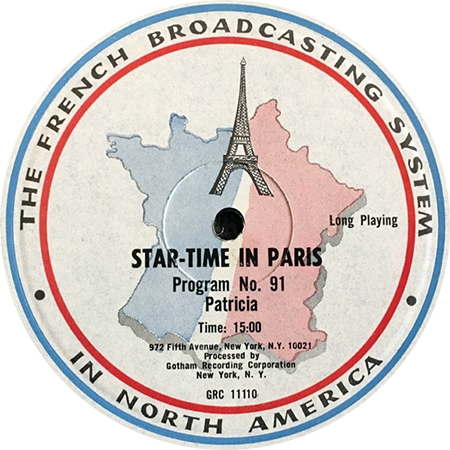 The French attitude after the Great War was that further fighting was simply unthinkable. The Treaty of Versailles was designed to punish the Germans to the extent that they would never again be able to make War, and if that was insufficient the Maginot Line was designed as the most efficient fortification in history. Versailles was not only impossible to enforce, but it also failed to address the injustices, both real and imagined, done to Germany. The Line was, indeed, unassailable, but its designers neglected the fact that an aggressor could simply go around it.

The War had left the whole of Europe largely unable to function economically. The French situation called for internal peace-making as well as restoring international trade. Not only was the political situation in France complex, but there was also still an Empire to be considered. Algeria and Indochina could provide some trade and resources, but they both needed defending.

One thing that France could provide better than anyone else was French Culture. In the aftermath of the Great War, many Doughboys’ first experience of the wider world outside of their hometowns was "Gay Paree". The American artistic scene flourished in Paris between the Wars, and Post-War middle-class Americans, flush with cash from the wave of Post-War Prosperity, saw France as a center of romance, culture, and sophistication.

This was an impression that the French Embassy in Washington was eager to uphold, and one of the devices they used was the Paris Star Time radio show, syndicated by the French Broadcasting Service. The half-hour broadcasts were heard each week in several market areas, and the schedule was published in the quarterly French News compiled by the Embassy staff.

The show apparently goes back to at least 1953 and was still heard in 1963. The variety format showcased "music with that Continental Touch" featuring Roger Roger and his Orchestra, Jacques Brel, Monique Adlebert, and Henri Decker. Hosting duties were taken by Humbert Smith and others. The hosting and announcing duties were handled in American English but the songs were performed in a lusty French. Moi oui!

For more French entertainment, see also: This is Paris and Maurice Chevalier.