The Great War brought America the status of Global Power. The Second World War was widely considered a "Good War" with American boys not only seeking revenge for Pearl Harbor but stopping the ravages of Fascism. Korea would be the "Forgotten War", with the American ground forces beginning the Conflict fighting with WWII technology while struggling to keep things from escalating to World War Three, however, America's participation in the "Police Action" was seen as necessary to prevent the expansion of Communism. 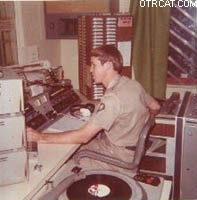 There was no way that the Vietnam War would ever be a popular war. The US began supporting the South Vietnamese regime in 1954 both financially and militarily when the French were forced to abandon their colonial ambitions in Indo-China. Outgoing President Eisenhower cautioned his successor, John Kennedy to avoid any further entanglement in Southeast Asia. For the most part, the Kennedy Administration continued the Cold War Policies of Truman and Eisenhower, even after the debacle of the Bay of Pigs and the near world-ending Cuban Missile Crisis. One of the initiatives that Kennedy had inherited was the Military Assistance and Advisory Group (MAAG) of American Special Forces operating in South Vietnam. Kennedy's advisors encouraged him to increase the American presence on the ground by sending in Green Berets disguised as humanitarian relief workers. When the President fell to an assassin's rifle, there were 16,000 US troops in Vietnam.

The politics and controversy of American involvement in Vietnam are too large of a subject for this forum. What we need to point out is that the American soldiers, sailors, Marines, and Airmen who served in Vietnam, in general, served as American Troops had always done in the past and continue to this day: making the best of what was often a bad situation and serving with honor in the eyes of the world and brotherhood with their fellow servicemen.

The Armed Forces Radio Service (AFRS) which had served the troops in every theater of WWII became the Armed Forces Radio and Television Service (AFRTS, "A-Farts") in 1954. With the growing American presence in Vietnam, in the summer of 1962, Radio Hanoi began broadcasting American music along with North Vietnamese propaganda towards US Troops in the tradition of Tokyo Rose or Axis Sally. A WWII-era AFRS transmitter that had been stored in the Philippines was shipped to Saigon, and a studio was set up at the Rex Hotel on Nguyen Hue Blvd. AFRS Saigon began broadcasting from 0600 to midnight on 820 kHz AM. An FM service began in February 1965 on 99.9 MHz and AM broadcast.

Just as it had been in the early days of Network Radio, broadcast success was closely tied to the proliferation of receiver sales. "In country" troops were usually paid cash or "scrip" and, although enlisted pay was far from spectacular, there was little to spend it on and the Post Exchange shelves were filled with increasingly high-quality radio sets from Japan and Europe. The "transistor revolution" helped to make these units affordable and many were surprisingly rugged. At night, some of these radios could pick up stations from Hong Kong, Australia, even the U.S. West Coast, but during the day AFRS Saigon was heard everywhere in the Vietnam combat zone.

In July 1967 the call sign American Forces Vietnam Network, or AFVN was adopted. Eventually, the network would include nine broadcast detachments throughout the Warzone and a large, modern broadcast facility with several studios was built near the American Embassy in Saigon at 9 Hong Tap Tu.

Both civilian and military personnel assigned to AFVN were subject to terrorist and guerilla attacks. Technicians at remote AFVN facilities endured sniper fire while servicing antennas and a car bomb was set off outside the AFVN Studio in Saigon in May 1968.

Most American personnel withdrew from Vietnam after the Paris Peace Accords in early 1973. AFVN was cut back to a single FM broadcast as the American Radio Service. The last four American civilian technicians were evacuated in April 1975.

American Forces Vietnam Network was created as a morale-boosting military radio station for servicemen and women in Vietnam. AFVN broadcast 24 hours a day, seven days a week for over 10 years; it began broadcasting on August 15, 1962 and ended in March of 1973.After this, it changed its name and was run by civilians in Saigon. AFVN was a forum for news, comedy and entertainment for the soldiers during the Vietnam War. This collection includes clips from AFVN news shows, ads, advice for soldiers in Vietnam (about drinking water, VD, sending letters and packages and other such interesting blips), DJ intros, and short philosophical and morale-boosting segments.