When the Korean War broke out, AFRS had Army broadcasters working from the old American Embassy Hotel in Seoul and mobile units were attached to combat units and followed the action.

Choose your CD format
or order disks individually: Add to Cart Add to wishlist
Play a sample episode from January 31, 1950:

It is understandable that many of us have trouble understanding what the Korean War was about, let alone how or why it started. Nonetheless, even though a tenuous peace was established with the 1953 armistice, no formal peace treaty has been signed between North and South Korea which means that they are technically still at war. United States Forces Korea maintains a presence on the Korean peninsula with 28,500 soldiers, sailors, airmen, and Marines, and it is considered one of the most dangerous postings in the military outside the war zones in the Middle East. 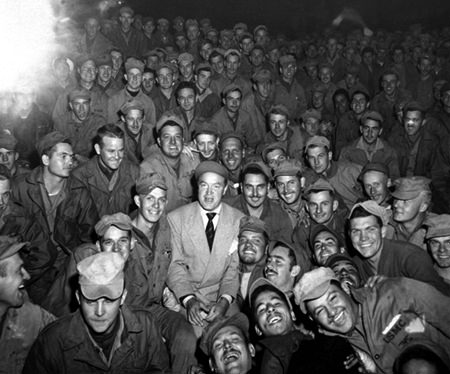 The roots of eventual Korean War extend back to the turn of the twentieth century. As a result of the First Sino-Japanese War (1894-95) and the Russo-Japanese War (1904-05), Korea became a protectorate of the Japanese Empire and was formally annexed in 1910. Korean nationalists fled the peninsula, some of whom established themselves in Nationalist China, including a group led by US-educated Syngman Rhee. Others worked with the founders of the Chinese Communist Party. During WWII, Japan conscripted soldiers, laborers, and natural resources from Korea.

During meetings of the WWII Allied leaders at the Tehran Conference and the Yalta Conference, Joseph Stalin promised that the Soviet Union would join its Allies in defeating the Japanese in the Pacific within three months of defeating the Nazis. The USSR declared war on the Empire of Japan on August 9, 1945, and the following day, elements of the Red Army began to occupy the northern part of the Korean peninsula. The US State Department proposed that occupation zones be established on either side of the 38th Parallel. This extended the US commitment but kept the Korean capital out of Soviet hands.

Syngman Rhee arrived with the US Forces and established a military government in the South while the Soviets supported Kim Il-sung's formation of a Communist regime in the North. The Soviet troops withdrew in 1948 and the US the following year, while in China the Nationalist Kuomintang Party battled the Chinese Communists. The Kuomintang retreated to Taiwan in 1949, and Mainland China became communist.

In the spring of 1949, before the Chinese Civil War had ended, Kim Il-sung tried to persuade Stalin to support an invasion of the South. The USSR did not want to be dragged into a War against America, but by September the strategic picture had shifted. The Americans had not intervened in China, allowing it to go Communist, and the Soviets had developed their own atomic bomb. Stalin determined that the US would not let itself become embroiled in a conflict on the Korean peninsula, and so began arming the North Korean troops. Soon, the North was militarily superior to the South, and Stalin gave Kim permission to invade, provided China would commit to sending reinforcements should they be necessary. Under no conditions would Soviet troops be allowed into the fight to so as to avoid conflict with the US. 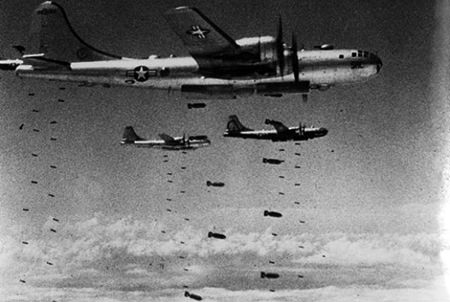 On June 25, 1950, North Korean soldiers crossed the 38th parallel behind an artillery barrage. The South Korean forces, who had not heavy artillery, tanks, or anti-tank weapons, were unable to stop the attack. On June 27 the United Nations Security Council recommended that member states lend military assistance to South Korea, and President Truman ordered air and sea forces to assist the south Korean regime.

The grunts, the troops on the ground, probably gave little thought to the political roots of the war. Like their older brothers had just a few short years before, they answered their nation's call (many of them were draftees) and simply wanted to do their duty so that they could return home and enjoy the post-WWII prosperity which was sweeping the nation. Many of the support activities which been put in place during the World War had stopped soon after VJ Day, but one which became functional quickly was restored for the conflict was the Armed Forces Radio Service.

AFRS had never really gone away after WWII and was serving the occupation forces in Europe and Japan. When the Korean War broke out, Army broadcasters were working from the old American Embassy Hotel in Seoul. Mobile units were attached to combat units and followed the action, while material from AFRS studios in Hollywood was provided for broadcast to the troops in the field. This collection gathers a broad sample of the material broadcast to our men in Korea during the conflict.