When Americans think of the Cold War, right away minds go to October 1962, when on October 14, it was discovered by U2 spy planes that there were Soviet nuclear missiles in Cuba, just 90 miles off of the Florida Coast. But to understand the Cuban Missile Crisis of 1962, we must first go back and look at the failed Bay of Pigs Invasion on April 1961.

In the early 1950s, Fulgencio Batista, a Cuban general and politician had seized power in Cuba, proclaiming himself President. The planned presidential elections had been canceled and Batista declared his new government "disciplined democracy." Although there was some popular support for the new leader by the Cuban people, many to see him as a one man dictatorship. 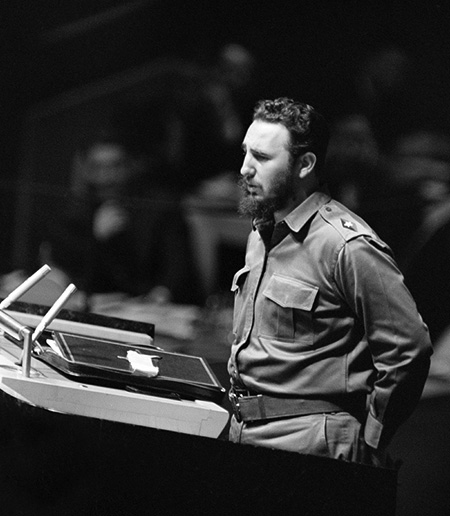 Due to opposition by this Batista regime, many armed Cubans took to rebellion to oust Fulgencio Batista. This sparked the Cuban Revolution. The National Revolutionary Movement, made mostly of middle-class revolutionaries and the Student Revolutionary Directorate, made up of student activists tried to overthrow Batista. But the most successful group was that of the 26th of July Movement or MR-26-7s headed up by Fidel Castro.

Castro had based this organization on a clandestine cell system. What this meant was that each cell would contain ten members and none of them would know the activities or whereabouts of the other cells.

Castro had led a guerrilla army against Batista at a base camp in the Sierra Maestra mountain area between 1956 and 1959. Because of his repression towards revolutionaries and his widespread popularity, by 1958, Batista and his armies were in retreat. Batista had resigned and had gone into exile on December 31, 1958 but not without taking with him $300,000,000.

The presidency then fell to Manuel Urrutia Lleó, Casto's handpicked candidate. The Cabinet positions would be mostly controlled by MR-26-7s. Castro himself would become Prime Minister of Cuba on February 16, 1959. After dismissing the need for elections to be held, Fidel Castro had proclaimed the new administration as an example of a direct democracy where the Cuban people could assemble en masse to express their democratic will to him personally.

Shortly after the revolution, counter revolutionary groups were starting to develop to try and overthrow the new regime. Guerrilla forces were starting to be formed in Cuba's mountainous regions in an effort to create an armed attack against government forces. This would lead to a funded six year rebellion known as Escambray Rebellion. Those funding these dissidents were exiled Cuban communities, the Central Intelligence Agency, and the Dominican Republic's Rafael Truqillo's regime. As a result, no quarter or the combatants were not taken prisoner but killed and the former rebels in the Batista overthrow ended up taking different sides. 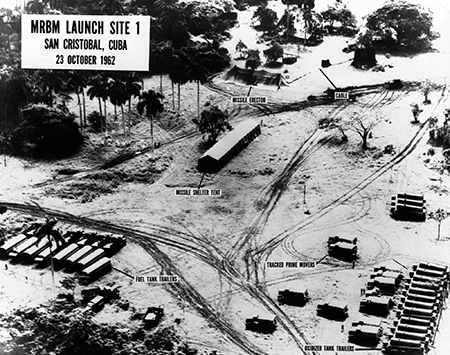 In April 1961, an inaction of Cuba took place to try and overthrow the Castro regime. This was a group of Cavan exiles and the whole thing was a fiasco. On April 21, 1961, President Kennedy held a press conference publicly taking full responsibility of the failure. The Joint Chiefs would need something to redeem themselves for this fiasco. Kennedy would learn early to not trust your generals fully and don't be too quick to sign your name on the dotted line when told by your generals that the invasion would be a success.

The year 1962 was President Kennedy's midterm election, and as we know from history, during a midterm election, the Party in the White House tends to lose seats in Congress. The modern exception to this would be 2002, where one year after September 11, 2001, the Republican Party gained seats in Congress. For months throughout 1962, the Kennedy White House was denying that they were ignoring that there were dangerous Soviet missiles on the island of Cuba, just 90 miles off of Florida.

Because of the American Jupiter Missiles in Italy and Turkey, and the failed 1961 Bay of Pigs Invasion; Nikita Khrushchev and Fidel Castro had held a secret meeting in July 1962 where they agreed to build missile launching sites on Cuba so that the island could protect itself from a possible future invasion by the United States.

The missiles sites would be discovered by U-2 reconnaissance in October 1962. President Kennedy, upon learning of these missile sites assembled a team of his advisors known as EXCOM or the Executive Committee of the National Security Council. In the beginning, the President was advised to carry out air strikes and then invading the mainland of Cuba. He would choose a less aggressive plan of action thus avoiding a declaration of war.

While technically an act of war be definition, President Kennedy ordered a blockade of Cuba to avoid anymore Soviet missiles from entering Cuba. To make it look less like a war, the administration referred to this action as a quarantine. The blockade would end on November 20, 1962. 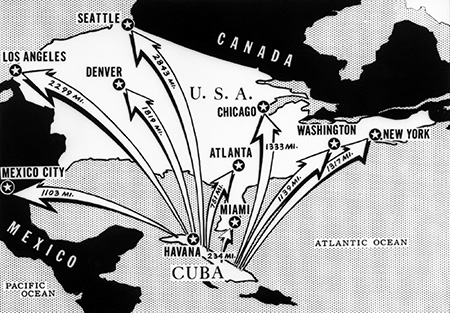 Perhaps the most dramatic part of the story took place at the United Nations where on October 25, 1962, UN Ambassador Adlai Stevenson showed to the world what had been going on. Stevenson pressed Soviet Ambassador Valarian Zorin during an emergency meeting of the Security Council where Zorin seemed to keep blowing Stevenson off stating that he would get his answers in due time and to not worry. Stevenson let Zorin know that he was prepared to wait for his answer until hell freezes over if that is what it takes.

Because of the clear and direct communications between the United States and the Soviet Union, a Moscow to Washington Hotline was established. This would be the way that both superpowers would be able to conduct business reducing tensions on both sides.

Perhaps the one lesser known hero during the Cuban Missile Crisis was Major Rudolf Anderson, Jr., USAF. On Saturday, October 27, 1962, Major Anderson was flying his U-2 plane over Cuba taking some reconnaissance pictures when his plan was hit by one of the two surface to air missiles over Banes, Cuba.

What the average American might not know is that Anderson's death may have avoided World War III. President Kennedy and Chairman Krushchev knew that this thing with Cuba was getting to a whole new level. As President Kennedy stated, "It isn't the first step that concerns me, but both sides escalating to the fourth or fifth step and we don't go to the sixth because there is no one around to do so."

The President sent Attorney General Robert Kennedy to meet with Soviet Ambassador Anatoly Dobrynin to see if something could be done to end this standoff, peacefully. What was agreed to was that the Soviets would remove their missiles from Cuba and in exchange, the United States would remove their intermediate nuclear missiles from Turkey and they would not invade Cuba. 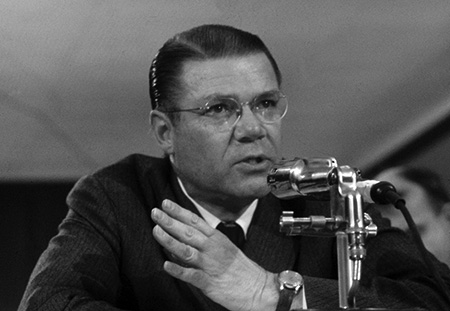 When the Cuban Missile Crisis ended that night, Major Rudolf Anderson was the only American casualty during that thirteen day standoff of the US and the USSR.

President Kennedy had ordered that Major Anderson be awarded the first Air Force Cross, the Air Force Disguised Service Medal, the Purple Heart, and the Cheney Award. These awards were posthumously given after President Kennedy's assassination, in 1964.

As for the 1962 midterm, it was held on November 6th and the Republican Party did obtain a net gain of four seats in the House of Representatives but the Democrats still maintained a strong majority with a 258 to 176 seat majority. As for the United States Senate, the Democrats obtained a net gain of four seats giving them a 68 to 32 seat majority. These outcomes, some would say was the result of the successful end to the Cuban Missile Crisis just days before the elections. While the south saw several Republican wins and could have very well been the beginning of what Richard Nixon would use in 1968 called the Southern Strategy, there was a bolstering of liberal Democrats and that would pave the way for passage of the Clean Air Act of 1963 and the Civil Rights Act of 1964.