In the autumn of 1613, Dutch trader Adriaen Block moored his ship, the Tyger off the southern end of Manhattan Island to trade for furs with the local tribe. In November, when the ship was nearly filled with beaver and otter skins, a fire broke out aboard Tyger and she burned to the waterline. Block's men went on to build the first European settlement in New York and a century and a half later the shoreline began to be extended with landfill, burying the wreckage. During an excavation in 1916, the remains of Tyger were discovered. 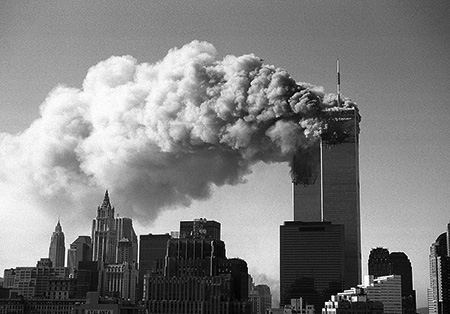 Along Cortlandt Street in 1921, several electronics stores opened selling vacuum tubes, switches, and piles of military surplus radio gear, making the district which would be known as 'Radio Row' a mecca for tinkerers and amateur radio enthusiasts. Thinking towards a post-War world, Governor Thomas Dewey began to lay plans for a World Trade Center in 1943, but with a War still to win it was decided to shelve the plan until 1949. After the business boom in midtown Manhattan during the late Forties and Fifties, a suggestion surfaced that Lower Manhattan would be a great location for the Trade Center and in 1961 Radio Row began to be razed. The design for the World Trade Center, including its iconic Twin Towers, was revealed to the public at the beginning of 1964 groundbreaking for the Center's construction began in August 1966.

Another groundbreaking took place on September 11, 1941, in Arlington County, Virginia, across the Potomac River from Washington DC. Anticipating military needs due to the ongoing conflict in Europe, the building was to become the Headquarters of the US Department of War. Better known as the Pentagon, it is the largest office building in the world.

The final site of our story is the United States Capitol Building. Located at the east end of the National Mall, the Capitol is the origin of Washington's street numbering system and is at the point where the city's four districts meet. The building was completed in 1800 but partially destroyed by British troops in 1814, although it was restored and fully operational within five years. The Capitol with its distinctive dome is a widely recognized symbol of America, its power, its government, and its democratic ideals.

Beyond being symbols of American Strength and Democracy, these sites are also linked in that they were targeted by a conspiracy of the militant extremist group Al-Qaeda. The atrocities committed by this group are too numerous to list here. They formed in 1988 to attract fighters from across the Muslim world to resist the Soviet Invasion of Afghanistan. Their leader, Osama bin Laden, was part of a wealthy Saudi family that had made its fortune in construction. Bin Laden contended that an alliance of Westerners and Jews were intent on the destruction of the Islamic faith and cited the history of the Crusader's invasion of the Holy Land during the Middle Ages as proof. In fact, it is believed that the date of September 11 was selected for al Qaeda's most notorious attack because it marked the beginning of the Battle of Vienna in 1683 when Muslim armies of the Ottoman Empire were turned back from their planned invasion of Europe. 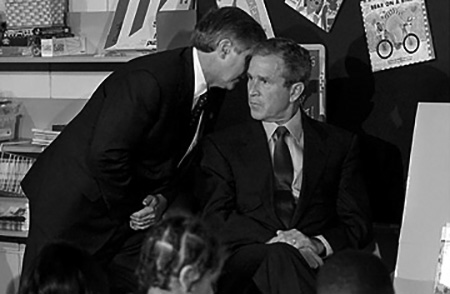 Soon after takeoff on each of these flights, while still carrying most of the fuel needed for their scheduled continent-crossing flights, the crews of each aircraft were overpowered by the al Qaeda men. At 8:46 a.m., American Flight 11 crashed into the North Tower of the World Trade Center. The attack came with so much surprise that most witnesses and commentators thought that it was an accident until United 175 impacted the South Tower at 9:03 a.m. The initial reactions from the media were shock, disbelief, and anger, but these were almost instantly replaced by concern for the first responders, the police and firefighters whose task was to rescue as many survivors as possible. 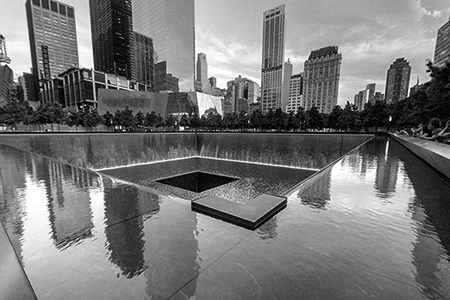 At 9:37, American Flight 77 plowed into the west side of the Pentagon, killing the 59 passengers aboard the aircraft and 125 victims in the building. By this time, authorities realized that that United 93 was not accounted for, and Vice President Dick Cheney ordered the aircraft shot down. Passengers aboard the flight had also learned what was going on from cell phones and in-flight telephone coverage. They also realized that they were pointed at the most valuable target of the morning, the US Capitol Building.

The flight crew did their best to resist the hijackers who claimed to have a bomb in addition to the weapons they used to take over the aircraft. However, at 9:57 the passengers aboard Flight 93 began to revolt against their captors. A group began assaulting the hijackers standing guard outside the cockpit while the hijacker at the controls began a series of violent maneuvers to unbalance the passengers. Finally, control was lost and the aircraft crashed into an empty field near Stony Creek, Pennsylvania.

Vice President Dick Cheney, attempting to manage the situation from the Presidential Emergency Operations Room deep beneath the White House, had ordered Flight 93 shot down after it went missing. When Cheney learned of the Flight 93 crash, he said, "I think an act of heroism just took place on that plane."