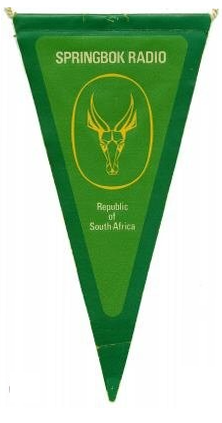 The Golden Age of Radio came to an end in most of the world in the 1950s and early 1960s due to the rise of Television. In nations that had a tradition of commercial broadcasting, the transition was driven by sponsors' desire to pitch their message over the shiny new medium. Where state-run broadcasting was the rule, governments were anxious to provide their citizens with the latest technology to make their lives seem better.

A notable exception to this trend was seen in South Africa, where television broadcasting was not adopted until 1976. The delay in TV adoption was due to political and cultural concerns specific to South Africa.  One result of this delay was that the Golden Age of Radio in South Africa lasted nearly two decades longer, which meant that South African programming could take advantage of the newest technological and production advances.

The SABC held a state monopoly on Radio in South Africa until late 1979. The stations of the SABC included Radio South Africa in English and Radio Sonder Grense (RSG, "Radio Without Borders) in Afrikaans. Programming included news, plays, and British content. In 1950, SABC launched Springbok Radio as a State-owned/For-Profit service.

The development of Springbok began in 1945 but was delayed due to post-War financial constraints. However, once the station launched, commercial time was sold out with a long backlog. As a public service, Springbok was a bilingual service, dividing airtime between English and Afrikaans.

A good deal of Springbok's early programming content was imported from Australia, but as the service became more financially successful, a greater portion was produced within South Africa. Interestingly, perhaps in keeping with Springbok's target audience of suburban white households, the action of many SABC-produced dramas took place in London or New York. 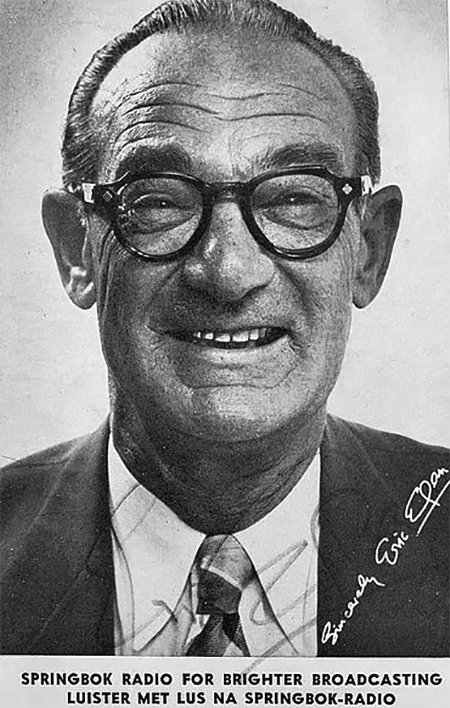 Springbok provided its listeners with a generally diverse and high-quality lineup of programming. A typical broadcast day began with a breakfast segment from five to eight in the morning, followed by women's shows from eight until two in the afternoon. Two and a quarter hours of Afrikaans soap operas were followed by a half-hour of chat programming from 4:15 until quarter-of-five. Kids' shows ran until dinnertime programs from 6:15 until seven.  A quarter-hour news break led into Family programming until midnight.

SABC proposed expanding onto television as early as 1953, but the (Afrikaans-dominated) National Party, which was in power, saw television as a threat to Afrikaner culture. Prime Minister Verwoerd compared TV to atomic bombs, stating that:"they are modern things, but that does not mean they are desirable. The government has to watch for any dangers to the people, both spiritual and physical."

When the SABC was allowed to finally explore TV broadcasting in the Seventies, two channels were proposed, one for Whites with both English and Afrikaans and a second TV Bantu station. However, when the service came online in 1976, only the White station aired. Predictably, the popularity of Springbok Radio quickly fell off, and the service went off the air at the end of 1985.

Spoiler : What a delightful discovery! I am South African by birth but now a US citizen, but lived in SA for sixty seven of my seventy four years. I have learned more about the history of SA radio from your site than any other source. Thank you! I am looking forward to reliving treasured moments from my past. ps I am curious as to why SA is included in otherwise an exclusively American content?